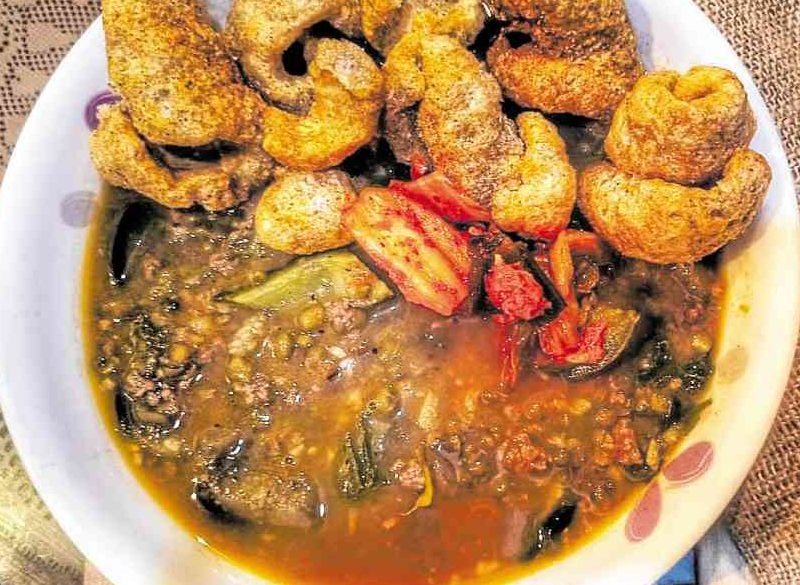 In the past year, we have seen the emergence of pandemic kitchens of people who have discovered their own talent and potential to cook dishes worthy of praise. Jake Aycardo’s kitchen is one example.

Straight out of college, Jake worked for a bank. To save money, he would cook his own baon that his officemates urged him to share. In no time, they were ordering food from him. The joy he felt making people happy though his cooking made him give up his job and venture into the kitchen, where he feels he belongs.

Armed with a vision, he auditioned for “Master Chef Asia,” and for two months he lived a dream in Singapore. It was unfortunate that his stint was short-lived.

Aycardo forged on. He applied and worked for a farm in Laguna, and later at the Allium in Makati. However, the allure of owning his own restaurant was hard to resist, so he opened Ligaya Altanghap (almusal, tanghalian at hapunan) in a food hall in Mandaluyong. It was popular with office goers. Then COVID-19 happened.

But when a door closes, surely a window opens. That window for Aycardo was Kodawari, where gyudon is his specialty.

Aycardo’s gyudon is not as we know it, similar but not quite. It is, to me, an expression of what he sees the gyudon to be or perhaps how he enjoys it!

He cooks the dish with such passion that he describes himself as a gyudon scholar and philosopher. He is very particular about the ratios when it comes to the composition of the dons.

“Meat, sauce and rice always have to be balanced,” he said.The Gyudon consists of thinly sliced beef strips, 63-degree eggs and fried talbos ng kamote, on top of Japanese rice.

The Shroomdon has four types of mushrooms, 63-degree eggs and fried talbos ng kamote, on top of Japanese rice.

Some may wonder why talbos ng kamote is part of the dish. Well, like I said, his dons are not the usual—the addition of kamote tops is a form of expression, of him as Filipino. Kamote tops were abundant when he worked on a farm. “I feel that it is underappreciated. It also makes the dish pretty.”

Grace Pascual-Holganza is a mom, a banker by profession, mushroom farmer and maker of MUMshroom Chips.

On a trip to Taiwan, Grace fell in love with mushroom chips, such that she ventured into mushroom farming in their province of Nueva Ecija.

Wanting to produce her own chips, she learned all that she could, from planting and harvesting mushrooms to processing and packaging. Hard work and dedication have made her a master of her craft.

Business has been so good that her own farm could not produce enough mushrooms—a rather welcome occurrence, as this allows Grace to reach out to other local mushroom farmers, and enables her to support the livelihood of her fellow mushroom growers who have been struggling through the pandemic.

The thought of snacking on something satisfying yet healthy is simply hard to resist! (Tel. 0908-8730706; @mumshroomofficial on Instagram)

There is no better way for cultures to come together than through food.

During the Kimchi Recipe Challenge hosted by the Korean Cultural Center (KCC) of the Philippines, participants were tasked to incorporate kimchi into their favorite Filipino dish.

Here’s one of the winning recipes you might want to try at home, the MungChi by Charisse Jhoy Espinoza.

I would like to thank the KCC for the opportunity of working with them on the Kimchi Recipe Challenge. Stay tuned for my rendition of Kimchi Sinigang on June 4 that will be featured on KCC social media. (@kccphil on Facebook, @koreanculturalcenterph on Instagram)

Boil monggo in 5 cups of water and simmer until tender. Transfer the monggo and puree.

Heat oil and cook pork giniling until brown. Add garlic, onion and kimchi, and saute until tender. Add fish sauce and cook for another minute. If using salt, it may be added on the last step instead.

Add pureed monggo to the pot. Add water if too thick. When it starts to simmer, add the ampalaya, talong, celery and smoked fish. Let it simmer for another 2-3 minutes.