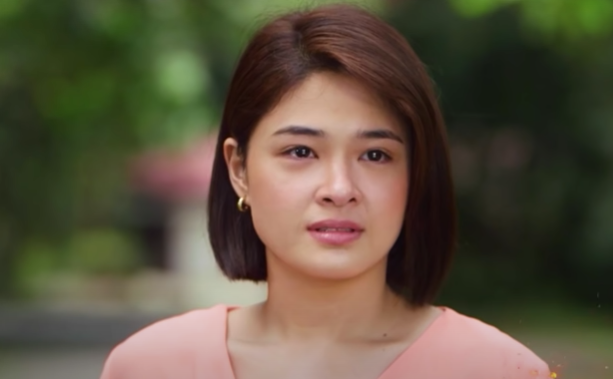 Playing Rita Macatangay-Alvarez in “Init Sa Magdamag” is easily the most physically-taxing role for Yam Concepcion.

Concepcion revealed that the physical challenges of playing wife to JM de Guzman’s Peterson Alvarez character is something she has experienced for the first time.

“Hirap na hirap ako sa lahat kasi puro iyak, eh. Ang bibigat ng mga eksena at saka never ko pa nagawa ‘yung ganoong character,” Concepcion said during the online conference today, Sept. 1, for the show’s nearing finale. (I had great difficulty because it was all crying. The scenes were heavy and I have never done that kind of character before.)

These last intense scenes can be viewed on TV5, A2Z, Kapamilya Channel, Jeepney TV and ABS-CBN’s social media platforms. Outside the country, viewers can watch from on The Filipino Channel, while advance episodes can be accessed through iWantTFC and WeTV iFlix.

Meanwhile, Concepcion revealed that even in the pilot episode, the light scenes were not what they seemed.

“Akala ninyo parang simple lang pero ang hirap ding gawin,” she said. (You would think that it’s simple but it was still difficult to do.)

The actress is not complaining though, recalling that she and the production team all wanted the scenes to come “from the heart” and to be authentic.

Concepcion did not have any idea on how to approach the battered wife role until she played Rita who was subjected to abuse by de Guzman’s character, Peterson.

Playing Rita thus allowed the actress to learn two things, and these are “to stand up for yourself and know your worth as a woman.”

“I think napakatapang ng show namin,” she stressed. “I am very grateful na naging parte ako ng ganitong teleserye kasi na-e-empower ‘yung mga kababaihan din.” (I think our show is very brave. I am very grateful that I was part of this TV series because it also empowers women.) JB

JM de Guzman doesn’t judge the characters he plays, and here’s why