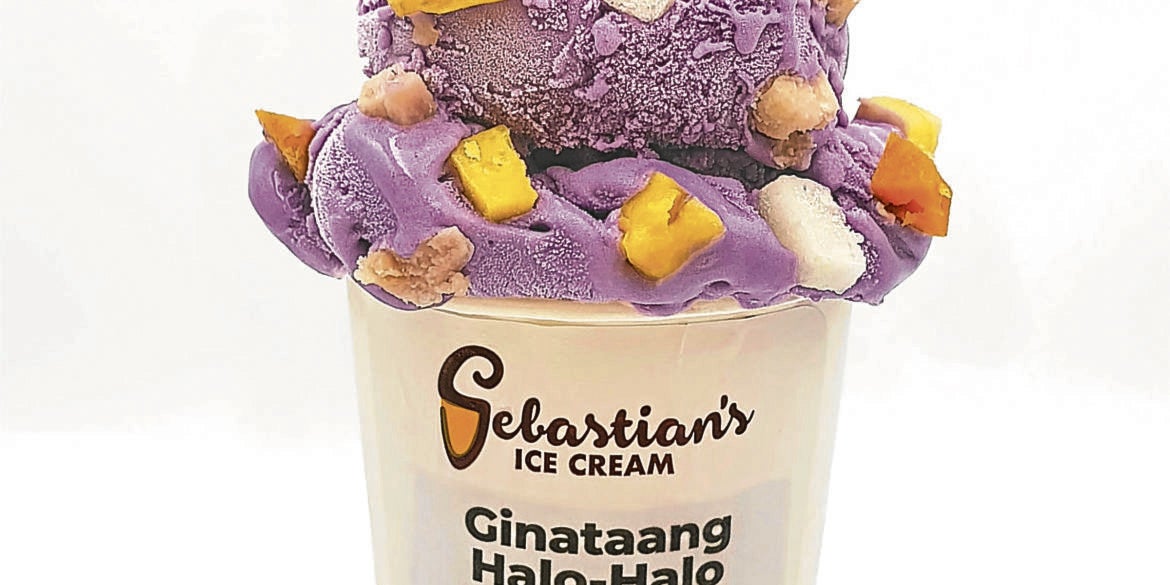 Everything from Fluffy Cheesecake soft serve to queso gelato

When it comes to frozen treats, there are just so many options at our disposal—from the smooth and creamy to the icy and healthy. Yes, there are many other alternatives to ice cream, each of them bringing a different kind of satisfaction. Get to know the variations.

“Although soft serve has been present for decades, we noticed that flavors are limited and quality is compromised in order to provide competitive price points. The concept is still raw and has a lot of potential,” says Nereen.

The young brand initially planned to open a physical store but due to the pandemic, they had to shelve the idea and sell online instead. Tomoni, which means “together” and signifies inclusivity regardless of differences, promises to keep their fan base excited by coming up with a new flavor every month. Flavors include Vanilla Bean Cream, Dark Choco Nama, Kyoto Matcha, Milk Tea and Fluffy Cheesecake.

Soft serve uses the exact same ingredients as ice cream, but generally has less milk fat, about 3-6 percent compared to the regular 10-18 percent milk fat. It is produced at a temperature of about -4°C compared to ice cream’s -15°C, and the machine the soft serve is churned in also gives it a smoother, lighter body. (@tomonicafe on Instagram; tomonicafe.com)

Sherbet, like sorbet, is made with fruits and sugar. The former has a bit of milk, which makes it creamier. In terms of milk fat, it only contains 1-2 percent. It also has very little air mixed into it, making it denser but more intensely flavored.

Started by sisters Juni and Raia Calingo last June, Balai Sorbetes is a food venture, their first, that is dedicated to their late father. “Since our dad’s passing, we’ve been serving his favorite dishes during family mealtimes to remember him. One of his favorite desserts was buko-lychee sherbet,” says Juni. “It brought back happy childhood memories, and we hope to inspire fond memories for others, too.”

Their items are made daily and in small batches to ensure freshness. No preservatives are used, only locally sourced, fresh and natural ingredients. “We also want to cater to the health-conscious individuals, so healthier ingredients are used like coconut cream instead of animal’s milk,” she adds.

Gelato may mean ice cream in Italian but the two are actually different. Gelato has less milk fat compared to ice cream. Plus, gelato is denser and softer since less air is churned into it.

Nuki Churros & Gelato is the first store in the country to bring together three European snacks: churros and porras from Spain and gelato from Italy. It was inspired by a memorable time at a generations-old churreria in Madrid. They started operations in February 2020.

Nuki uses an Italian milk base and all natural ingredients to give their gelato a unique flavor and creamy texture. Among their bestsellers are almond brittle (Helado de Turron de Alicante), queso (Black Jack Aged Cheddar), pistachio, Baci chocolate (a combination of dark chocolate with hazelnut) and Italian coffee.

They also sell sorbet made with pure fruit extract. Their top-selling flavors are strawberry, followed by piña and lemon. (Tel. 0906-2952541; @nukichurrosandgelato on Instagram)Offering artisanal gelato starting March this year is Hail Chocolate, which was started by Eric Co and Emiebeth Sinda. Apart from being avid gelato fans themselves, they wanted to share happiness and bring comfort to people at the height of the pandemic with their product. It’s named Hail because the team wants to encourage customers to celebrate moments, big or small, with their tubs. It’s also the name of Co’s daughter, spell backward.

Hail sources most of its main ingredients from farmers in Batangas, Benguet and Davao. The rest is sourced from Italy.

They have three different lines: classic, which includes the best-selling chocolate hazelnut, cappuccino and vegan dark chocolate; premium, with choco cherry cake, plus the soon-to-be-released mint chocolate and hazelnut praline; and limited-edition with creamy strawberry and salted caramel. (@hail.chocolate on Instagram)Before they became gelato makers, Guido Martinetti and Federico Grom, the founders of Italian brand Grom gelato, were self-confessed detail freaks and agriculture nerds. They use only fruits harvested when ripened, and don’t use artificial flavors, coloring agents or emulsifiers. It has always been that way ever since they started selling out of their 25-square meter gelateria in Turin, Italy, back in 2003. Now, their premium products, all produced in Italy, are found around the world, including the Philippines.

Their latest flavor, Caramello Salato, perfectly balances salty and sweet by relying on quality ingredients such as caramel flakes from Belgium and France, and pink Himalayan salt. (Grom gelato is available in supermarkets, convenience stores; on Lazada and Shopee.)

To be officially branded as ice cream, it must have at least 10-percent milk fat. Sebastian’s Ian Carandang, who continues to push boundaries when it comes to kooky flavors (remember his green mango and bagoong ice cream?), has just released his new line, the Ginataan Collection, three coconut cream-based ice creams.

What he does is infuse the gata with natural ingredients such as fresh corn, toasted monggo, or fresh ube and langka, simmer it low and slow to inhibit the color and flavor, then churn it to achieve that smooth and creamy mouthfeel.