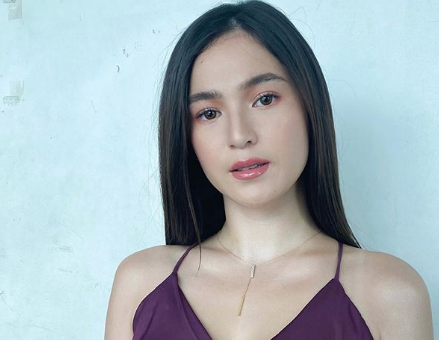 Young actress Barbie Imperial is one of the most bashed celebrities on social media, and overtime, she has learned how to deal with it.

(As for me, when my name is somehow mentioned and I know that [the issue] is not true, I immediately answer back. I really respond. “Ha? That’s not true.” I answer it like a joke.)

But now, she just chooses the battles she would fight.

(But now, because of the pandemic, there are so many things that are stressful. I choose peace instead of facing stress from the online world. It’s like I just choose which battles I’d like to fight.)

She recognizes how futile it can be to defend one’s self in social media, and she also knows how fake news abound in it.

In the series, Imperial plays Jenna in the episode titled “Found.” She initially helps her transgender best friend Kris (Lance Reblando) to be close with a handsome guy Vince (Jerome Ponce). The problem is Jenna also falls in love with Vince.

Imperial can relate to her character because she has many friends from the gay community, she said. But in the series, what she did to her gay friend is something she would never do to a friend in real life.

Why Maymay Entrata is not so active on social media