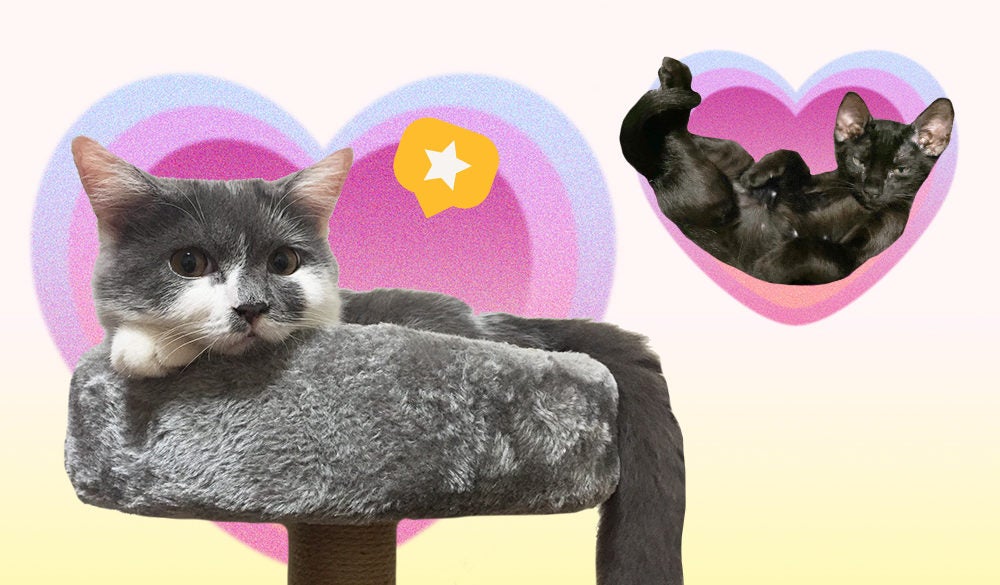 WATCH: My kitty outdoor tea party was a disaster

Today’s the last episode of Please Make My Cats Famous!

Last week, Ramona Julia Sucgang-Bonoan helped Astro get his fitness on. This time, we got fashion artist and Omi Omi founder Naomi Nikola to help us stage an outdoor tea party.

From the get-go, I already knew I wanted our finale to feature both Astro and Onion, and I wanted that episode to be especially cute. That’s why I chose Naomi, who’s also an animal lover, to be our guest.

I first met Naomi at a Kawaii PH event years ago while I was in college, back when the kawaii fashion movement was still emerging here. It wasn’t exactly a new thing back then, but it felt new and full of possibilities. FRUiTS magazine, which chronicled everyday Japanese street fashion, was still in issue then. It was also relatively outlandish and the few of us who dressed in it tended to latch on to each other.

That whole vibe was what I wanted to recreate with the boys—but boy oh boy did that not work out.

The picnic involved a lot of moving parts. I had to get a pet cake from Make and Bake for Pets for the kiddos, as well as picnic food from Three Squares Cafe for myself. For our outfits, I got cute little matching star harnesses for the boys and a dress from Selkie for me. Since this shoot was outdoors, I also had to wait on the weather to clear—on our first day of shooting (yes, this took multiple days), I had just carried the cats onto our rooftop when the rain started to pour.

About carrying the cats, too: My building’s elevator doesn’t go to the rooftop, so I had to carry both their stroller and our picnic crate up a flight of stairs. Astro, if you remember from the last episode, is 12 pounds heavy. It was an exercise.

When we finally got to the rooftop on the second day, we were not the only ones there. There was a man exercising outdoors, which meant that some of our shots showed a random man pulling weights in the corner.

All that aside, though, I was excited. I anticipated all of those things already, and I thought that as long as I get past those, I’d get to have a cute outdoor tea party with my sons.

They had a different idea.

I laid out our food on a pink blanket near some flowers. I got a cute Le Creuset pet bowl to put their cake in, which I thought was really adorable. I opened their stroller, anticipating them to jump right out to devour their food. No such thing happened.

Instead, the kiddos dug even deeper into their stroller. When I tried to take them out and place them right next to the cake, Onion would jump right back to his pink stroller while Astro would try to make his escape and explore the rest of the rooftop. It was a mess.

Still, I persevered, even attempting to put their cake inside the stroller to coerce them into eating it there. This was a bad idea, and eventually the cake toppled over, the cats still not giving it any notice.

I wanted the finale to be perfect and special, and to be honest, I think the challenge was such a spectacular mess that it was perfect and special in its own way. Even though filming it stressed me out immensely, in hindsight it was a fitting conclusion to this series. No, the cats didn’t become famous, but does that matter? I got to spend months just filming my cats being cute and talking to people about how cute my cats are. We won.

That’s it for this series from me, Onion, and Astro! I’m tired.