How this restaurant is not just surviving, but thriving | Inquirer Lifestyle ❮ ❯ 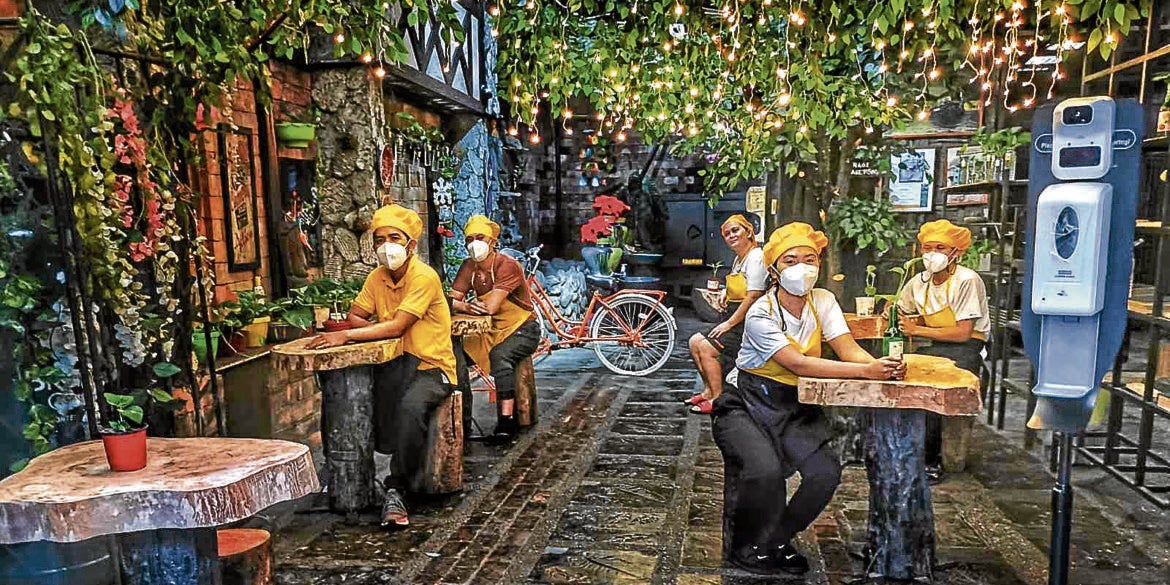 How this restaurant is not just surviving, but thriving

Founded in the 1950s, Pan de Amerikana has innovated to stay afloat amid the pandemic

I have long been enamored with Pan de Amerikana’s large, wood-fire oven-baked soft pan de sal with a thin crust. Pan de Amerikana was called that because in the 1950s, the patrons of its owner and creator, the late Dionisio Salvador Sr., were mostly Americans. Unknown to many, the architect and baker was once also a kutsero.

While waiting for customers, Dionisio toyed with the idea of applying as a baker, inspired by the sight of the bakery that stood in front of the kalesa terminal. He apprenticed as a panadero and perfected the art of bread making.

Dionisio sold his wheat pan de sal to his mostly foreign kalesa customers. It was upon their prodding that he made a larger version of it, big enough to slice and make into sandwiches.

I was told that this style of bread disappeared in the ’60s with the emergence of the loaf bread.

A few years before his passing, Dionisio reignited his love for bread making, this time alongside his architect son Jundio, who took over his father’s passion project.

Since 2003, numerous Pan de Amerikana bakeries have been built. In 2005, Jundio ventured into restaurants, and his eateries became popular for being different.

The Pan de Amerikana outlet in Katipunan is an upside-down restaurant, while the one in Marikina is a garden restaurant, events place and chess plaza.

The pandemic forced Jundio to make tough choices. Refusing to go down without a fight, he pivoted to more creative solutions.

“As a business owner/restaurateur, the dilemma was to prioritize life or livelihood, and the safety and well-being of the staff, who had been with us through many challenges and whom we treat as family, became the greatest concern,” he said.

Jundio rallied his family and staff to find solutions and suggestions to keep the business afloat. Their ideas were plenty. They even ventured into a drive-through grocery store, which did not prosper. Finally, after numerous experiments, Jundio and his team found solutions that worked.

Most of the parking spaces were converted into drive-through and walk-through facilities that serve hot pan de sal and prepare single-serve, family or party food trays.

The indoor dining infrastructure was reconstructed, and is now open-air and ready for alfresco dining. Negative air pressure industrial exhaust fans have been installed and the roofs were even designed to bring in natural light and ensure good air ventilation.

The 1,200-square-meter Marikina branch has been converted by Jundio’s daughter Charmaine, a photographer, multimedia artist and cinematographer, into themed studios.

Eight of these so-called studios are private satellite dining rooms for two with different themes like barrio, Amsterdam, upside-down or American countryside, to name a few.

Pan de Amerikana implemented a no-contact self-service system for the safety of customers and staff. Customers must claim their food once their names are called.

Due to the increase in popularity of bicycles as a means of transportation and diversion, and as a biker himself, Jundio and his friends would often find themselves in search of safe places to enjoy a meal. He observed that most eating establishments, pit stops and mobile food shops have no secure bicycle racks.

“I want to see my precious bicycle while I take a meal break,” Jundio said.

With this in mind, an alfresco Bikers Café was constructed at the Katipunan and Marikina outlets.

For bike owners to enjoy their food in peace, they may even opt to bring their food inside the café. Numerous safety measures have been implemented. I am most impressed by the well-ventilated, open-air eating lounge Jundio set up for his crew where each one sits alone, on single tables spaced at least 8 feet (2.4 meters) apart.

COVID has taught Jundio to continuously evolve, improve and improvise. Pan de Amerikana is proof that, with perseverance, hard work and faith, the pandemic doesn’t stand a chance.

Here’s a recipe for one of their bestsellers, Bicol Express.

Squeeze the milk of the coconuts. Pour half of the milk into the pork. Simmer till thick.