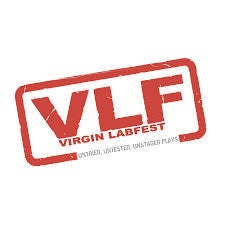 Virgin Labfest 16 to be held online in November

Choosing to focus on education, festival components are FFF—Fair, Fellowship and Flashback.

The Fellowship Writing Program will be conducted from Nov. 16 to Dec. 5 under the tutelage of award-winning playwright Glenn Sevilla Mas. The culminating activity, which will be streamed for public viewing on Dec. 5, will be directed by Dennis Marasigan.

The Playwrights Fair will be held from Nov. 24 to Dec. 5, featuring conversations with playwrights from all over the country. As part of the fair, the fourth edition of the VLF Anthology and “Elemental,” a book of plays by women playwrights, will be launched.

The festival takes on the theme of “Yakap” (embrace) as its catchphrase. The festival strives to embrace the artistic community as it strives to survive the terrible pandemic; embrace new possibilities and new narratives emboldened by the times; and embrace the audience with works that have provided comfort and enjoyment in the past.

Established in 2005, VLF is the premier playwrights festival in the country, producing untried, untested and unstaged works. It is known for programming and providing support for the development of plays that dare define and defy the times.