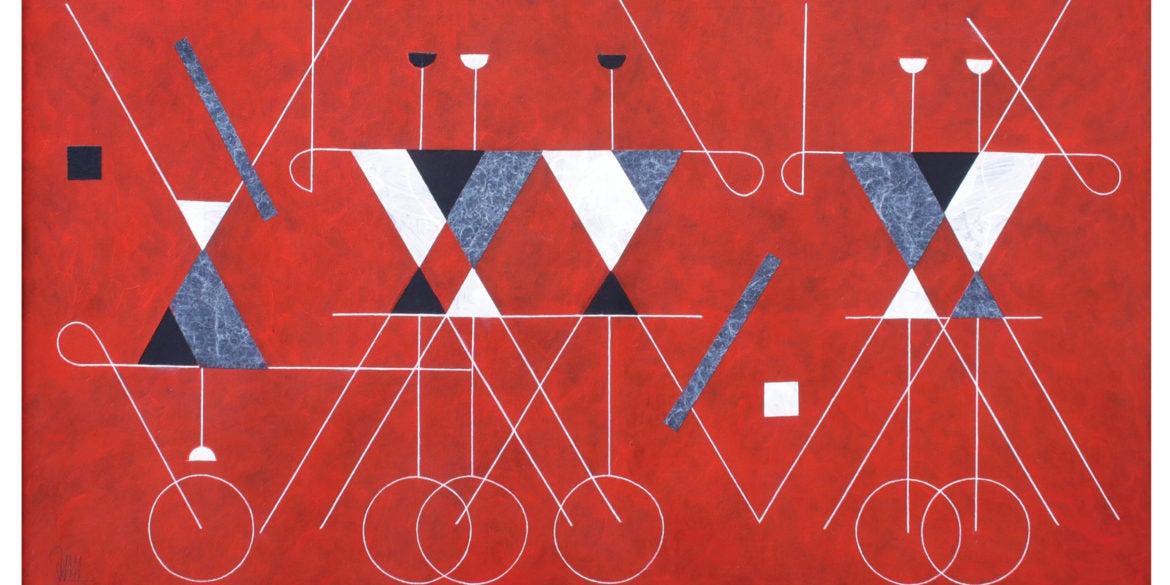 This December 4 at 2 pm, León Gallery invites you to The Kingly Treasures Auction. The event will be auctioning several important artworks for the benefit of the Metropolitan Museum of Manila and its ART FOR ALL program and International Care Ministries (ICM).

The Metropolitan Museum of Manila and its ART FOR ALL program sees The Met’s mission to evolve and adapt to the changing times, remaining faithful to its commitment to accessibility by transferring to its new location in the thriving cultural hub of Bonifacio Global City.

The keenly awaited reopening of the museum is slated in the first quarter of 2022, in a 3,000-square-meter space spread across three levels designed by Filipino-born and Brooklyn-based architect Carlos Arnaiz.

“The Met’s move to the BGC is a timely transformation in the course of the institution that does not just sit on its laurels. This new location materializes not only a change in architecture but also a vigorous rethinking of its collections, exhibitions, curatorial directions, and audience engagements,” says Mr. Joselito Campos, Jr., chairman of the Met’s Board of Trustees.

With its new home, The Metropolitan Museum of Manila is also rebranding itself with a fresher and catchier moniker—The M, further cementing its reputation as the premier contemporary art institution in The Philippines.

“December is always a special month, not least of all because it is a time for sharing,” says Jaime L. Ponce de Leon, León Gallery director. “I would therefore like to invite you all to participate in a most worthy segment of the Kingly Treasures Auction to benefit the Metropolitan Museum of Manila.”

Five artworks are to be auctioned for The M’s benefit. Of these, three paintings, designated as “The Collector’s Bounty,” are from the collection of the country’s leading art connoisseurs: Mario and Mimi Que, Manuel and Alice Que, and Paulino and Hetty Que.

Ponce de Leon shares that they head the list of collectors who have entered artworks in the auction. They will donate the entirety of the proceeds in full support of the museum. Included in the selection are Ang Kiukok’s Table with Avocados (from Paulino and Hetty Que), Jigger Cruz’s Taking Me To Itself (from Mario and Mimi Que), and Raffy Napay’s Trees (from Manuel and Alice Que).

The second institution to benefit from Leon’s The Kingly Treasures is the International Care Ministries (ICM), a non-profit organization founded in Bacolod, Negros Occidental, in 1992. The group operates in the Visayas and Mindanao, catering to twelve regional bases with nearly 20 million people. Of these, 2.2 million live in ultra-poverty, or those living on less than US$0.50 per day. These people are for whom the ICM dedicates its philanthropic efforts.

“Even before the virus hit, their lives were unimaginable,” says David Sutherland, chairman of the ICM.

Since its establishment, the ICM has already aided more than a million people in the ultra-poor communities through its holistic four-month weekly program called “Transform.” Comprising of four essential areas—Values, Livelihood and Savings, Health and Medical Interventions, and Education—ICM’s “Transform” aims to equip the ultra-poor with the training and skills to help alleviate their lives from poverty.

Aside from its generous support to these two institutions, León Gallery will be proceeding with its eagerly anticipated year-end battle for bidding supremacy.

Hernando R. Ocampo’s “Mutants”-A,  belongs to the artist’s “Mutants Period” (1964 – 1968). According to Angel G. de Jesus, Ocampo’s most authoritative biographer, this period was inspired by the film The Beginning of the End, which inspired Ocampo to paint “symbols of mutants, and fantasies of the havoc wrought by nuclear warfare.” Alfonso Ossorio’s younger brother, Frederic, formerly owned the piece. He acquired it at Ocampo’s ‘Gallery 7’ inaugural exhibition.

The timeless elegance of Fernando Amorolo’s works is the auction’s crème de la crème. Centennial works by the maestro depicting the idyllic pre-war countryside—A Terraced Farmland and Sunset Over the Stream—from the Doña Tarsila Laperal Mendoza Collection are up for bids. Burning of Manila and Town Fiesta—both from the Don Anselmo Trinidad Collection—juxtaposes wartime and peacetime in The Philippines. A piece depicting an enduring theme, Under the Mango Tree, is among the first of Amorsolo’s iconic Under the Mango Tree paintings.

Meanwhile, an imposing Amorsolo, the 70″ x 52″ Portrait of a Lady in Maria Clara Dress (Portrait of Doña Leonila Mercado Yatco-Yaptinchay), depicts a woman popularly known as Doña Ilay, the Chinese mestiza matriarch of the influential Yatco and Yaptinchay families of Biñan, Laguna. Doña Ilay was also related by blood to Jose Rizal through the latter’s father, Francisco Mercado, who was an elderly sibling of Doña Ilay’s mother, Bonifacia.

The “Queen of Auctions,” Anita Magsaysay-Ho, returns with her seminal work titled Fish Vendors. According to Leon curator Lisa Guerrero Nakpil, it “is a work from the rare series first created in 1975 that introduces a single bare-headed woman among Magsaysay-Ho’s recognizable bevy of females wearing kerchiefs over their hair.” The painting was acquired by renowned New York-trained surgeon Dr. Roberto Macasaet and his wife Teresita at a 1975 exhibition by Magsaysay-Ho at the Philippine Village Hotel near Nayong Pilipino.

These regal lots are open for viewing from November 27 to December 3 from 9 AM to 7 PM, Saturday to Friday, at León Gallery, G/F Eurovilla 1, Rufino corner Legazpi Streets, Legaspi Village, Makati City. This event is co-presented by ANCX.ph.