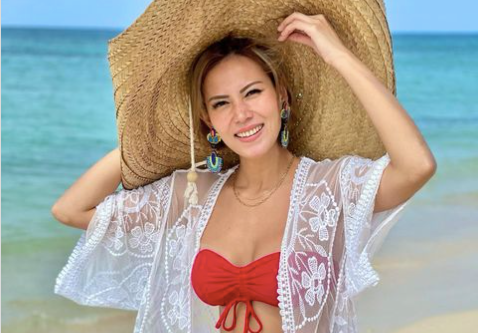 Men should be given ‘allowance for mistake,’ Bianca Manalo thinks

Actress Bianca Manalo feels that like her Carol Manansala character in “The Broken Marriage Vow,” she would not spill the beans on the extra marital affairs of her friend’s husband, because men should be given “allowance for mistakes.”

“Actually, parang si Carol ‘yung alam niya lahat, pero kahit gusto niyang sabihin, ayaw niyang manira ng relasyon, eh. Hindi niya hahayaang makasira ng taong in a relationship,” Manalo said about her character during the online press conference for the TV series last Jan. 17. (Actually, Carol is the type who knows everything, but even if she wants to say what she knows, she does not want to ruin a relationship. She will not allow herself to ruin someone in a relationship.)

Manalo plays friend to Jodi Sta. Maria’s Dr. Jill Ilustre character, who is married to David Ilustre played by Zanjoe Marudo. While she knows about Dr. Jill’s husband’s extra-marital affair, she refuses to tell Dr. Jill about it.

“Kung may alam ka, tago mo na lang sa sarili mo. Hindi mo naman ‘yun story to tell, eh. Malay mo, maayos din naman nila, ‘di ba?” she added. (If you know something, just keep it to yourself. That’s not your story to tell. Who knows, they might be able to fix it.)

Manalo said that in real life, she would follow her character’s decision not to tell her friend about her husband’s infidelity.

(I feel like I won’t tell it. I know that I am also a woman. What if it’s done to me? What if they could have fixed it, but you already ruined it?)

Manalo then recalled a dialogue in a movie where it said that men should be given second chances.

(Men do really make mistakes. As it was said in a movie, they should be given allowances for making mistakes, because there’s repentance and reconciliation anyway, eventually.)

Heart Evangelista will forgive Chiz Escudero if he cheats: ‘Because I love him’