Get to know the Voxel Artists for BlockchainSpace x The Sandbox | Lifestyle.INQ ❮ ❯ 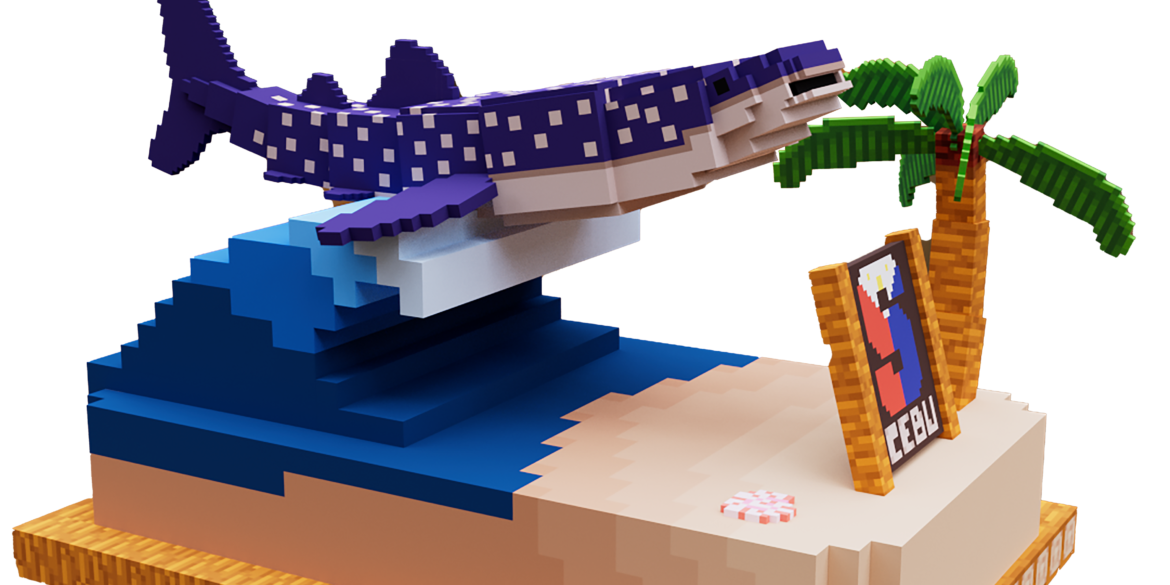 Get to know the Voxel Artists for BlockchainSpace x The Sandbox

As part of a collaborative effort with the popular metaverse community The Sandbox, BlockchainSpace has announced that it will open a Collection Sale on February 22nd. The sale will feature artworks made by local creators and will connect BlockchainSpace’s 1,000,000+ users to the virtual world of The Sandbox. The sale will serve as a viable example of how important it is to scale communities for NFT games.

All Voxel assets will become accessible through the upcoming “PINASining: Discover the Philippines” NFT collection on The Sandbox.

The partnership will also focus on bringing more guilds and players into The Sandbox. Moreover, it is a valuable showcase for BlockhainSpace’s guild infrastructure and network, and how it can scale to projects on The Sandbox level. Scaling communities for NFT games is a crucial aspect of building and expanding the metaverse’s appeal.

BlockchainSpace enables play-to-earn (P2E) guilds to scale in the metaverse. It builds tools to empower gaming communities and runs academies to identify economic opportunities within games. It aims to embolden the next generation of P2E gamers and guild owners to become successful entrepreneurs by equipping them with essential digital tools and financing to scale.

The Sandbox is a decentralized, community-driven gaming ecosystem where creators can share and monetize voxel assets and gaming experiences on the Ethereum blockchain.

Using The Sandbox’s free software, such as VoxEdit and the Game Maker, players, artists, and game designers can create assets and experiences, such as games, dioramas, and art galleries, for themselves and share with others. These can be monetized to earn the creator passive income.

The artists featured in the collection include Podash, Ovidiu Tepes, Jazwolf, Reizalyn, Giddi, Momo, Ayechan, MardanGameDev, 5LQD, and iLaSining. These artists make use of a medium called Voxel art, where they create pieces using block-like pixels. With an aesthetic similar to the popular game Minecraft, these artists can create almost anything they wish using this medium. The virtual world is essentially a playground to artists as its only limitation is one’s imagination.

Podash is an artist with many hobbies, these include creating digital art and animation, sound effects, music, video games, and 3D design and modeling. Through these hobbies, he discovered The Sandbox. Podash’s artwork for the collection features a whale shark, otherwise known as a Butanding. Often, tourists come to the Philippines to swim and interact with these gentle giants. In light of this, Podash drew inspiration from the animals found in festivals and decided to create a summer-themed festival float showcasing the tourist-friendly creature.

Tepes is a game developer and designer from Transylvania who constantly seeks new and immersive experiences that can be enjoyed by everyone. He recently had the chance to travel to the Philippines, where he fell in love with the local food. To celebrate his experience he has created a rendition of the popular, Sinigang na Hipon. The dish is a sour soup enjoyed by Filipino’s everywhere and is often cooked with shrimp, pork, fish, or beef.

Jazwolf is a UK-based artist that has always been interested in drawing and painting who first discovered The Sandbox early this year after learning about crypto, NFTs, and blockchain games. After discovering the voxel art medium, Jazwolf dove into the scene and won the PINASing III contest. Jazwolf’s artwork displays the common garb worn by participants in the Kadayawan festivals. These outfits are intricately woven cloths that showcase the rich history of the country as the design dates back to pre-colonial times.

Reizalyn has been passionate about art since she was in high school. Specifically, digital art, as she would create pieces in her free time as a way to de-stress or rest. Reizalyn was first introduced to voxel art by her brother. She then proceeded to study the medium ultimately becoming an artist for the Sandbox Game Creator Fund. Her artwork features a Kalesa, a horse-drawn carriage often seen around the Philippines, especially in Old Intramuros. Reizalyn feels a special connection to the vehicle as her first time riding one remains a treasured memory for her and her friends.

Giddi is an Architecture graduate with a background in 3D modeling and designed environments. His artwork, labeled “Para Po!”, was one of the first voxel pieces he made and it features a Jeepney with patriotic features. The Jeepney is the main means of public transportation in the country and is often designed with vibrant colors and highlights. Originally built from repurposed war jeeps, these vehicles represent the resourcefulness, creativity, and industriousness of Filipinos.

Momo, otherwise known as Raymond, is a computer science graduate and now a voxel artist based in Canada. He discovered the art form through Instagram after connecting with other artists and asking them what software they used to create their pieces. Through the “voxelart” hashtag on IG, Momo discovered Sandbox where he now works as an artist. Momo’s piece, Bayanihan, features a group of Filipinos carrying a house. The model is a representation of Filipino’s hospitality and love towards one another. Momo realizes that Filipinos share a deep sense of community, where neighbors often go out of their way to help each other in times of need.

Momo’s second artwork displays the beauty and majesty of the Philippine Eagle. The world’s largest flying bird, the Philippine eagle is an endemic and endangered species. Momo claims to have used this animal for the collection as it symbolizes the Filipino’s sense of hope, bravery, and strength.

Ayechan is a Spanish artist who, in less than a year, discovered the medium of voxel. She enjoys the voxel method of art as she finds it “liberating.” Ayechan’s artwork for the collection features the Philippine Tarsier, a small monkey found exclusively in the Southeast Asian region. The elusive primate is one of the main tourist attractions in the country, with its eyes being heavier than its brain.

MardanGameDev is another Spain-based voxel artist working on the collection. He has worked with voxel art for several years now, originally using this medium to create assets for his game. After discovering The Sandbox, he decided to jump into the project as he believes the company will be a mainstay in the metaverse scene. Mardan’s piece is a voxel boat, or Bangka, found throughout Southeast Asia. These vessels play a major role both in the current day Philippines and in its history. Using these boats the early inhabitants of the Philippines would travel and trade across great distances, connecting themselves with other cultures and people.

5LQD is a technical artist based in the Philippines who has been a fan of pixel and voxel art since he was young. He first got into voxel art creation with the game Trove and after one of his friends introduced him to The Sandbox he fully committed himself to the platform. His artwork is a voxel recreation of the Tandang Sora shrine found in Quezon City. The shrine is a commemoration of the revolutionary Melchora Aquino. Melchora was a figure who lived during the Spanish colonial era and gained recognition for her bravery against Spanish soldiers. When asked for information about the Philippine revolutionaries, Aquino refused to give any and was consequently jailed in Old Bilibid prison. 5LQD recognizes her importance to Philippine history and has recreated her likeness to show honor in the metaverse.

iLaSining, also known as Aila, is a Visual Communication student in the Philippines. She chose to skip a year of school when the COVID-19 pandemic hit. In her free time, she would study and create digital art, and after joining the PINASing art competitions, she found that she had a talent. She won the competition two times in a row, with the prize money being big support in her education. Aila’s artwork for the collection showcases a “Sorbetes” ice cream cart. She states that without this local delicacy her childhood would have been incomplete. With this piece, she reminds the youth that showing honor to their roots is an important part of growth.

How are these artworks relevant?

The artworks found in this collection all showcase the beauty, creativity, uniqueness, and values of the Filipino people. Having these pieces featured on The Sandbox will allow the international NFT community to experience the Filipino culture through this virtual world. Simultaneously, Filipinos in the metaverse can be reminded of the beauty found in their country as these pieces represent their culture, heritage, and history. With the world becoming more connected it is important to remember where we all come from and to recognize what makes us special. This project aims not only to connect Filipinos to the metaverse but also to connect the world to the Philippines.

BlockchainSpace aims to position itself as the guild hub of the metaverse. Through this collaboration, players from across the world will be connected in virtual worlds. This will allow them to socialize, play, and enjoy entertaining experiences with one another.