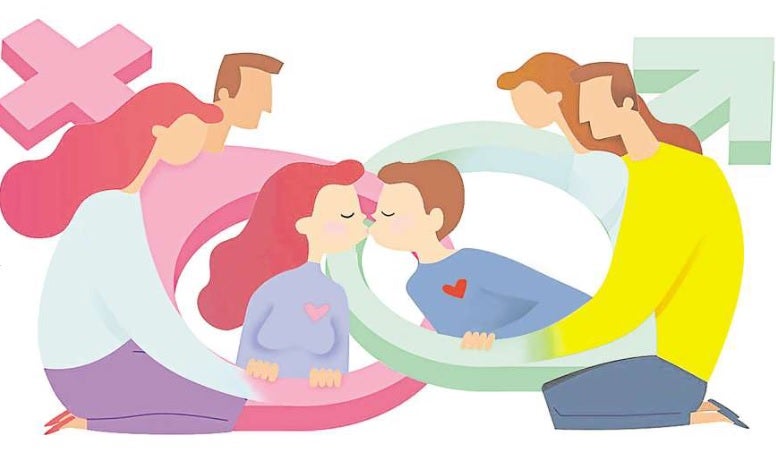 10 steps for parenting for purity and chastity

I had the pleasure of joining a talk on Zoom organized by my daughter’s school. The speaker was Jason Evert, the renowned “chastity guy,” who has authored more than 15 books on the topic of chastity and purity, and whose mission is to promote a chaste lifestyle for the young. Hearing him relate his expertise specifically to the Filipino environment was a thrill.

Given the nature of media today, it’s easy to assume that the sexual activity of the younger generation is much higher than it ever was before. However, contrary to the highly sexualized shows that media portrays, or the message that our children are bombarded with, is the fact that rates of sexual activity for teenagers over the last 30 years have been going down. The youth are also generally delaying their sexual experiences to a later age.

This is according to the results of the Youth Risk Behavior Survey, a biannual survey of the US government agency, Centers for Disease Control and Prevention.

While Jason did not elaborate on the reasons behind this decline, he did give tips on how to parent for purity.

He differentiated between chastity, abstinence and celibacy. Celibacy and abstinence is refraining from all sexual activity, whether permanently or for a period of time. Chastity, from a religious point of view, is maintaining pure intentions in a healthy sexual relationship within the sacrament of marriage. In short, to be chaste is to refrain from premarital and extramarital sex.

Among the many pearls of wisdom that Jason dished, was the reminder of what a chaste person has to gain, rather than what they “lose” out on. Being in a chaste relationship gives one the freedom to know if he/she is really being valued for his/her dignity and person.

However, pleasure is a repeatable asset that can come from anywhere and everyone. And everyone has a body, too. What is unique to each of us is who we are as a person, not as a body or source of pleasure.

1. Pray first, not as a last resort. Imagine your prayers and fasting and offerings as water behind a dam. In this case, the dam is metaphorically a child’s resistance to parental advice. It may take days or years but eventually your prayers will break down that dam and all the graces your prayers have accumulated will rain down on your child.

3. Set rules as their parent, not their buddy. Being a parent with rules gives your children an excuse to hold back when they are being pressured to do something they are unsure about because they can “blame” you when their friends ask them. Just like when in kite flying, for the kite to fly, you have to hold back and release with the right amount of tension, not completely let it go.

4. Hold back on dating. Delaying the onset of dating gives the kids more time to mature. Maturity leads to wisdom and prudence to make good choices. There is also the importance of explaining healthy dating and what better way to teach your kids than through the example of your marriage or personal relationship.

5. Network. Encourage your children to be with friends who have the same values as your family. Remind your children that friends are like elevators—they can either take you up or down. If you are with virtuous people, you are inspired by their virtues, rather than desensitized to vices.

6. Internet and media safety. When Jason asked us who the No. 1 perpetrator of sexual abuse was, we never expected the answer to be 11- to 15-year-old boys who have been exposed to pornography and now have an unhealthy relationship with sex. The Philippines is supposedly No. 1 when it comes to internet pornography usage.

Fortunately, there are a few apps and programs that help keep the internet relatively safer for younger children. But these apps are not meant to spy on them. Have an open conversation so they know that you’re all following the same values and holding each other accountable.

Here are some of the websites that Jason recommended: chastity.com, pluggedin.com, covenanteyes.com (one-month free trial with the code “chastity”).

7. Ask the right questions, don’t prepare for the perfect lecture always. Create and watch out for opportunities for conversions. Find ways to strengthen your relationship. This is vital because “rules without a relationship create rebellion.”

Make “deposits” in your children’s love bank if you want to make a “withdrawal.” You make a “deposit” by putting in the time with them, showing and expressing interest in what they have to say and by listening, listening, and listening some more. Try not to immediately/always shoot them down, no matter how much you want to.

8. Don’t give the talk . . . give them thousands of talks! It is a lifelong conversation—don’t expect to give it once when they’re 13 and then that’s it. You start as young as you can, but it’s never too late! Continue all your life because you are their parents all your life. If you talk to them about anything, they’ll talk to you about everything.

Some sites that you can refer to for information are tobet.com (Theology of the Body), protectyoungminds.com.

Books for kids: “Princess and the Kiss,” “The Squire and the Scroll.”

As a reminder, refrain from labeling body parts dirty or bad or making them shameful. Explain that everything God makes is good and these are extra special, that’s why we have to take care of them and nobody is allowed to see/touch them.

Empower your children to tell you immediately if anyone tries to touch them inappropriately. Teach them not to be ashamed because victims keep quiet out of shame—children need to know that they can speak up and tell their parents.9. Get over your insecurities about what to say, or what you did in your past. Do not let your own past control your children’s future. If you have sincerely repented of your previous actions, you’re not a hypocrite, you’re a convert.

10. Chastity is a virtue, you need to practice it. Chastity is using sex as per what God planned it. You give your love freely and completely. Let your kids see it practiced in your home because family is the school of love. INQ