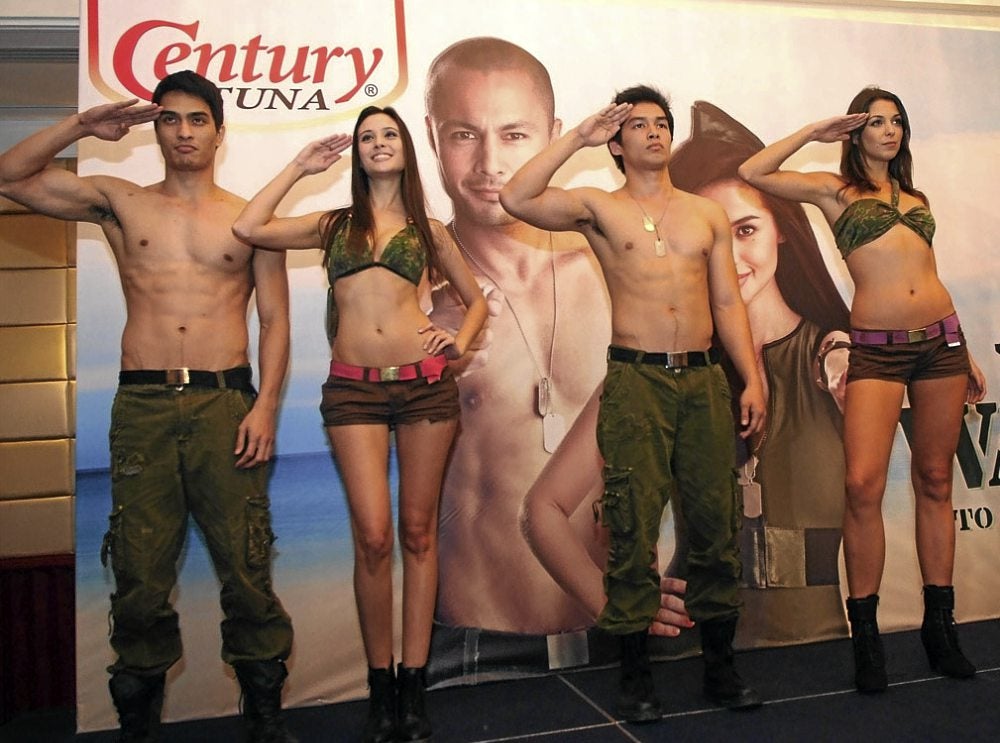 Trust the country’s top canned tuna brand for a scorching hot event, dahlings. We refer to Century Tuna which took hotness to the next level when it launched another exciting year of the trés popular Superbods search at Makati Shangri-La Hotel.

Superbods pays tribute to fit and sexy individuals committed to achieving a healthy and disciplined lifestyle.

During the superbly prepared light dinner, which made use of a variety of Century Tuna yum-yum products, Century Tuna Group product manager Angela Gamboa said, “This year, Century Tuna takes the search nationwide and adopts a sexy military theme, “Salute to Sexy.” It is slated April 14 in Boracay.

“It will not only gather the fittest and sexiest bods all over the country, but also promises one scorching hot summer event with fun activities, superhot parties, freebies and treats for guests,” Gamboa said.

Curtis, Gamboa said, will “inspire Superbods contestants to be at their sexiest for the ultimate summer search of the year.”

Truly, it was one super-hot, sexy evening from one of the country’s mega-healthy and yummy brands, Century Tuna, natch!

Honorary Consul of Guatemala Amelia R. Ablaza was awarded by Ambassador Byron Escobedo of the Republic of Guatemala the degree of Grand Officer of the Diplomatic Order of Antonio José de Irisarri, “in recognition of Consul Ablaza’s outstanding service with utmost professionalism in reinforcing the bonds of friendship and cooperation between Guatemala and the Philippines.”

During a reception hosted by the Guatemala Consulate in his honor, Ambassador Escobedo lauded Consul Ablaza for bringing together her counterparts in the various missions of Central America to work on joint projects with the Philippine government even before she became dean of the Consular Corps of the Philippines.

“Consul Ablaza carried out trade and cultural missions to Guatemala, with a lead role during the first meeting of Guatemalan honorary consuls from Asia and Oceania in Tokyo, where the Guatemalan Embassy for the region is based, and strengthen Guatemala’s presence, not only in the Philippines but in the Asia-Pacific region as well,” said Escobedo.

The ambassador then thanked Honorary Vice Consul Marc Ablaza, Ablaza’s son, and her husband, Honorary Consul of Zambia Luis Ablaza Jr., “for the support given to the Guatemalan mission in the Philippines.”

A grand reception was tendered at the exclusive Polo Club’s Turf Room by the Consular Corps of the Philippines, led by its current dean, Armenia honorary consul general Motohiko Kato.

Invitees were treated to a kaleidoscope of awesome fireworks and dragon-dancing plus a feng-shui ritual by Paul Caoili.

Hard-working socialite Natasha Morse and soft-spoken chef Danny Vu were the perfect hosts. Invitees couldn’t get enough of the resto’s specialties during this awesome launch, dahlings.

Check out Xoi also at Aquaknox Vietnamese Kitchen in Makati and all the branches of Xoi Kitchen at SM Megamall and Alabang.