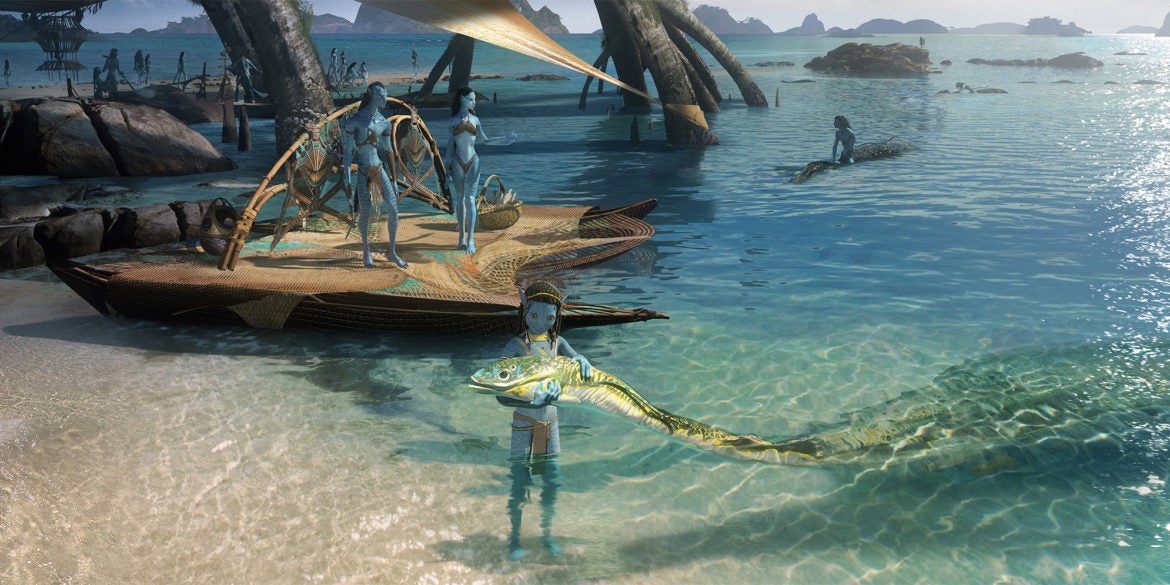 James Cameron said his long-delayed sequel to “Avatar,” the highest-earning movie of all time, would “push the limits of what cinema can do,” as Disney and Universal presented first looks at their upcoming movies in Las Vegas Wednesday.

Attendees at the CinemaCon movie theater industry summit were invited to don 3D glasses and return to Pandora, with first footage of “Avatar: The Way of Water” showing Na’vi characters swimming beneath the planet’s oceans and soaring through its skies.

The movie, which will be released in December, is the first of four planned sequels to the $2.8 billion-grossing original from 2009.

“I can assure you it’s been well worth the wait,” said Disney distribution chief Tony Chambers, confirming the film’s name.

Cameron addressed CinemaCon via video from New Zealand, where finishing touches are being put in place on the film.

“We set out once again to push the limits of what cinema can do,” said Cameron.

To reacquaint audiences with Pandora nearly 13 years after the smash hit original, which sparked a 3D wave in Hollywood, the first “Avatar” will be re-released in theaters in September.

Movie theater bosses are gathering at Caesars Palace in Las Vegas for their annual meeting, where Hollywood studios bring fresh footage and A-list stars to court the industry.

Marvel Studios boss Kevin Feige kicked off the morning’s Disney presentation, telling attendees that planning for “the next decade” of the record-grossing superhero films was well underway.

Attendees also got an extended look at “Doctor Strange in the Multiverse of Madness,” which is out next week.

It will be followed by two more Marvel films this year — sequels to “Thor” and “Black Panther.”

Pixar showed 30 minutes of “Lightyear,” an origin story for the beloved astronaut from “Toy Story,” voiced by Chris Evans.

The movie, out in June, finds Buzz racked with guilt after marooning his crew of space rangers on a hostile alien planet.

In his bid to save them, he is forced to travel into the future — aided by a cute robotic cat.

The 1930s period piece about three friends who “find themselves at the center of one of the most shocking secret plots in American history,” which purports to be based on true events, comes out in November.

Universal then took the stage at Caesars Palace to show footage from the upcoming “Jurassic World: Dominion,” out in June.

The film will team the franchise’s recent stars Chris Pratt and Bryce Dallas Howard with those from Steven Spielberg’s original almost 30 years ago, including Jeff Goldblum.

Goldblum joked that his character’s famous line that scientists “didn’t stop to think if they should” bring back the dinosaurs had been “aggressively ignored throughout the course of the next several movies.”

Billy Eichner presented “Bros,” the “first gay rom com ever made by a major studio,” joking that it “only took a century.”

“It’s about something that we can all relate to — how hard it is to simply find another tolerable human being to go through life with,” said Eichner.

And Carey Mulligan discussed “She Said,” based on the true story of journalists investigating Hollywood sex assault scandals who prompted the downfall of Harvey Weinstein, out November.