Who Profits From Your Pride? | Inquirer Lifestyle ❮ ❯ 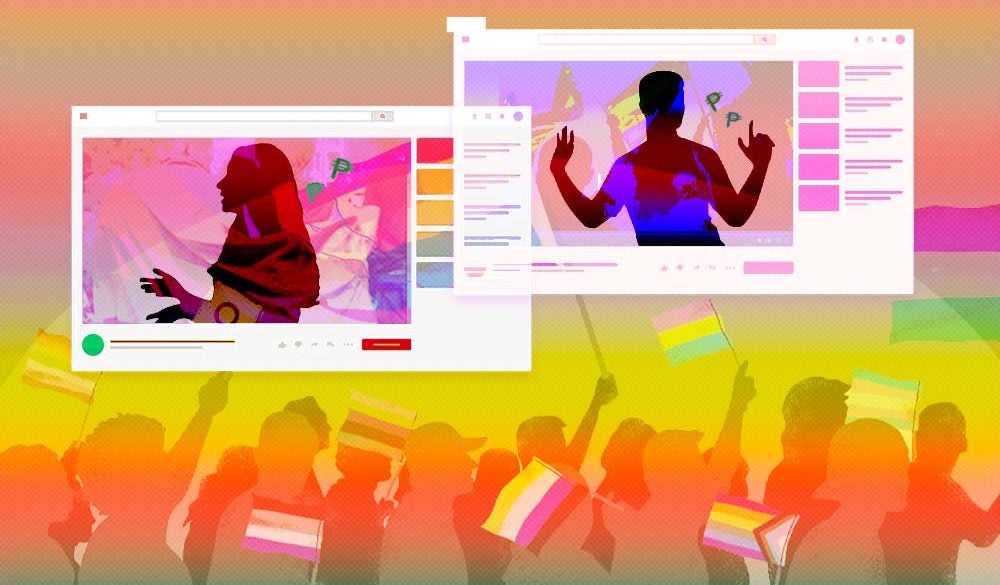 I just finished Sally Rooney’s “Conversations with Friends”, not in its book form, but as the recently-released Hulu series. I breezed through all of the episodes in less than a week, wanting to stoke the fire of quiet devastation that “Normal People” left, which I watched two years after it came out.

While it didn’t quite have the same emotional heft as the earlier series, there were a few moments in the unabashedly queer “Conversations” that made me pause. There was this tender scene when Frances, in the bathtub, was telling Bobbi how she imagined the latter living a grand life as a celebrated professor or cultural commentator, to which Bobbi rebuffs: “I’m just a normal person.”

That fictional moment contrasts in my mind with an event that happened in real life not too long ago. A gay guy who’s very vocal on Twitter was recently dragged for suggesting that he was going to switch and vote for another political candidate, just because people called him out for his petty complaints over some technical difficulties during a major political rally.

While I think he shouldn’t be silenced for voicing out his opinions, there’s something about the kneejerk reaction to the criticism that I find particularly troubling: the casual suggestion from a supposed volunteer group leader that he could easily do a 180-degree turn just because he was called out makes me wonder how stable his convictions were, to begin with. (Note that he has vocally pointed out that he is a major player in the campaign.)

This won’t be the last of people like him.

It’s Pride Month again. We will see more people from the LGBT+ community come front and center––people whom brands will quickly appoint as heroes of the movement just because they are queer. While there’s no form you need to fill up to become a member of the community, and it’s true that we constantly say that we welcome everyone to our fold, I think we need to be more discerning with whom we appoint as our representatives.

While Bobbi is fictional, having a queer character say that they’re “just a normal person” is quite refreshing, especially in the context of queer folks (mostly gay men, but maybe I need to step out of the Twitter bubble) trying to fashion themselves as saviors and exemplars of the local LGBT+ movement. It is heartbreaking to see that these same queer me me me influencers get ‘canceled’ for saying something problematic (often femmephobic, ableist, or classist) in public.

I don’t mean to say that mediocrity is something to be celebrated. But I think we need to look beyond celebrities and direct our attention and energy instead to the bigger milestones that we need to win. As more and more brands use LGBT+ endorsers for their marketing campaigns, we need to simultaneously ask: how inclusive and diverse have businesses truly become? As popular LGBT+ influencers create Youtube content around their cute vows in some distant foreign country, we must ponder: how far away are we from achieving marriage equality? And whenever magazines serve us fashion editorials from our queer icons, we have to demand: how long until this translates to true inclusion—this consciousness-raising finally leading us to the SOGIE anti-discrimination law?

It goes without saying that we need heroes. We need to be able to bring down concepts and theories into living, breathing forms. Talking about SOGIE discrimination is a waste of academic spittle if queer people aren’t part of the discussion, like specimens being observed under a microscope.

But we must highlight that the movement is not grounded on personalities, and the movement will transcend these people who may fail the movement eventually. This is why Sass Sasot’s speech before a United Nations panel in 2009 is no less valid or valuable today, despite how she has shrugged off and defended Duterte’s pardon and early release of trans woman Jennifer Laude’s murderer Joseph Scott Pemberton as an inevitability that would have happened, regardless who was president.

There’s a running joke on social media now about LGBT+ people talking about their suffering and then profiting from it by partnering with companies. As funny as it is, I hope we become critical the next time a queer person presents themselves as a representative of the community, and ask if it’s really the movement that ultimately benefits, or just their ego (and pockets.)