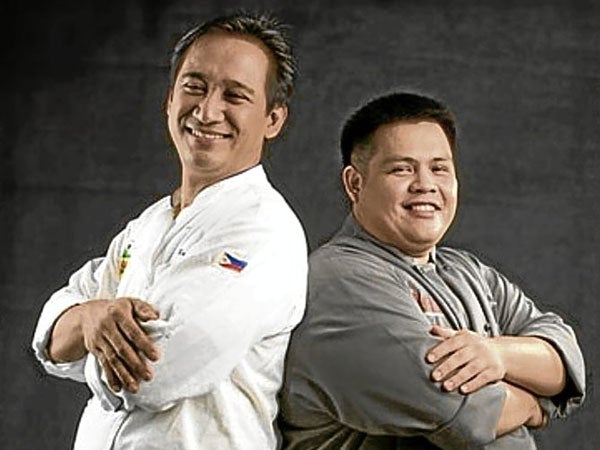 I first heard of The Red Chef and Events Specialist from Vivian Go, a friend and co-parent at Xavier school.

I know her to be very meticulous. When Vivian recommends, I make it a point to take mental notes for future reference. Red was one of those she mentioned. According to her, its food was decent, the setup fancy and the price affordable.

The Red Chef and Events Specialist is owned and managed by two gentlemen, with complementing expertise. Chef Mike Profeta is a human-resource graduate. After college, he studied culinary arts, a passion that according to him was “burning in his heart since he was a kid.”

I first called Chef Mike three years ago to cater for me. I must admit, the setup was pretty and the food decent.

In 2004, Chef Mike put up The Red Chef with Aphat Martinez Jr., a certified public accountant. Martinez considers the catering business as an outlet for his creativity. It is also a testament to his being a true-blue foodie.

His forte, it seems, is flair for table setting. It is about going the extra mile, that magical finishing touch, that makes all the difference—a feather here, a playing card and poker chips for the poker-playing birthday celebrator there; huge purple bows on black seat covers; toy centerpieces for a child.

It is all in the details, and better still when the details come with a friendly price tag.

This is why Red is slowly but surely making a mark in the catering landscape. I will not be surprised if, in a few years, it will be a major player.

Three weeks ago, chef Mike catered for the graduation party of my now doctor nephew, Nico Firme. His food was very good! The callos melted in my mouth, the seafood chowder was rich and tasty, and the chicken flavorful!

Clearly, Red scored a grand slam. Though the party had to be moved indoors due to the weather and some of the drama was curtailed, the food measured up to expectations and got a thumbs-up from everyone.

Chef Mike’s cuisine has gone up notches from my last encounter with it, and is now deeper, richer, more seasoned. Much like the chef he has now evolved into—mature, finer, better!

The Red Chef menus start at P360 per head, but according to chef Mike, they work based on the client’s budget. Believe me, these two aim to please and are so easy to talk to. 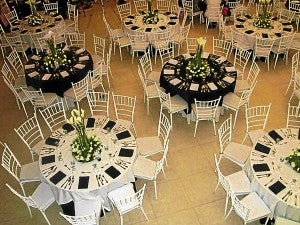 I recently spoke to Edwin Sy, who was one of the first growers of micro greens in the country. Sy is also a restaurant owner and, now, a mini specialty grocer. This man always likes the idea of being the first at everything.

He now has fresh Pacific Slipper Oysters from the sea off Antique, grown on bamboo frames, sized between 100 g-140 g.

“They are cleaned before the shipment arrives at Fresh Field, our Market Market store. Handling and product preservation is important. That is why they are packed in styro boxes lined with ice.”

“Once they get to us, they are left inside the styro box and placed inside the chiller. It’s probably the cleanest fresh oysters you can find.”

Why only on Fridays? “Just in time for the weekend, to be enjoyed with friends and family. In the future, I plan to fly them in, more frequently.”

The Coffee Bean and Tea Leaf phone experienced problems last week. The company would like to apologize for the inconvenience.

According to CBTL president Walden Chu, the line has been restored since last Saturday. For that must-have gizmo, the CBTL coffee machine and milk frother, call 4372285 or 4371737 loc. 118.