Everything, Everywhere, All at Once and Hollywood's Wake Up Call to Asian Excellence | Lifestyle.INQ ❮ ❯ 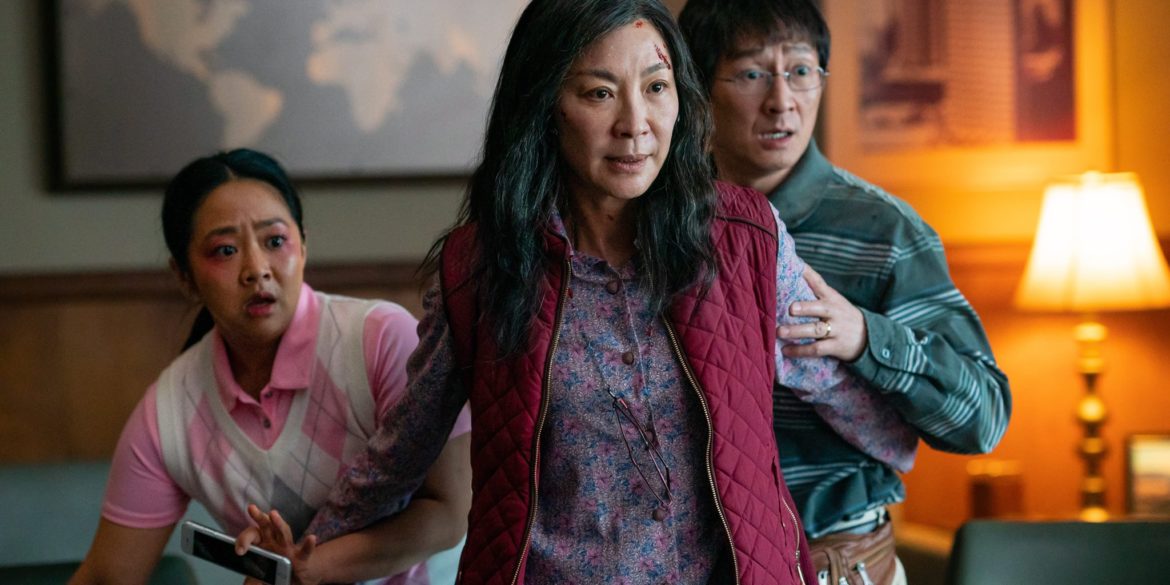 Everything, Everywhere, All at Once is a genre-breaking whirlwind that bares the heart, soul, face, and sensibilities of an Asian story, with all credit due to the cast and crew behind it.

Declared A24’s highest-grossing film to date, Everything, Everywhere is a welcome addition to a growing line of Asian media that has overturned box offices and captivated global audiences within the last year and a half, joining the ranks of Shang-Chi and Squid Game.

Directed by The Daniels and starring the likes of Kung Fu cinema icon Michelle Yeoh, the film starts when Chinese immigrant and laundromat owner Evelyn Wang’s (Yeoh) IRS audit is intercepted by an alternate universe counterpart of her husband (played by Ke Huy Quan), bearing a frantic warning about a great evil spreading throughout the multiverse that only she can stop. What ensues next is a chaotic chase through the multiverse that takes Evelyn far through unachieved lives that were just out of her reach, and face to face with the crumbling family that yearns for her attention under her own roof.

More impressive than its blockbuster bedazzlements (courtesy of the Russo brothers) and honorable martial arts sequences is the domestic drama and themes of family bonds that sit unperturbed at the film’s center. It is this vulnerable core that gives Everything, Everywhere its power to bring anyone who opens their heart to the film to tears, because everyone has wished to lead a different life before, or has once felt wronged by their parents, and with that everyone needs a film to comfort them and say “It’s okay, you’re not alone in these feelings.”

The reception this film has been met would be unheard of without a team of people behind the production that really *get it*, which is a lesson Hollywood is long overdue for: that more than just a demand for Asian stories, there is an appetite for authentic stories from all underrepresented minorities, told by those minorities. Only in heeding the call for a complete diversification of the industry can film and television unlock its full potential to bring empathy and cultural exchange to every corner of the world.

We see glimpses of what this utopia might look like by looking no further than local indie fixture TBA Studios. No stranger to delivering stories of our own to a global stage—with internationally-acclaimed titles such as Lingua Franca and Birdshot under their belt—the film production and distribution company is now transporting Everything, Everywhere, All at Once here to our very own cinemas in a collaboration with A24, the multimedia darling that has stayed the talk of film Twitter all throughout the pandemic with hits Like Moonlight, Little Women, Minari, and Euphoria. A sincere intent to bring real stories to film, and the cult following that sincerity creates is what TBA shares with A24, and that is what makes this collaboration one to be excited for.

Everything, Everywhere, All at Once hits Philippine theaters today, June 29th, at the following malls around the country, according to a social media post by TBA Studios:

Let's all watch the ultimate movie event of the year, #EverythingEverywhereAllAtOnce in these cinemas starting TOMORROW, JUNE 29!