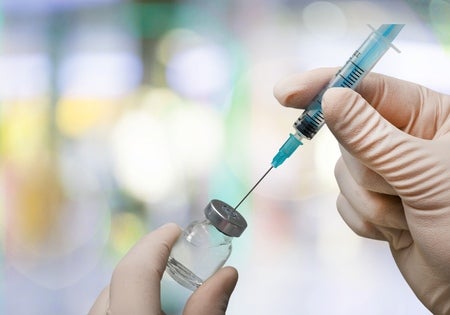 Many have been asking us if they should get their first or second booster shots against COVID-19. We have been consistent with our reply. We just have to weigh the expected benefits against the potential risks. The long-term effects of repeated vaccination is still uncharted territory, so we don’t know what’s in store over the next two to 20 years.

Since the start of the vaccine roll-out last year, we’ve been recommending to limit vaccination to those who are really at increased risk—the elderly and those with multiple comorbidities. Mass vaccination exerts an immune pressure on the virus, somewhat taunting it. And its evolutionary programming challenges it to mutate into something that could overcome the immune protection generated by the vaccine and even a previous infection.

This leads to the creation of the multiple variants and subvariants we now have, producing more infectious and thankfully, not highly virulent variants up to this point. But who knows? A few more generations of viral evolution, and the virus may already turn into a highly infectious, more virulent variant that can evade outdated vaccines available in the market.

We’ve stressed in previous columns that relying mainly on the vaccine to end this pandemic is like shooting a rapidly moving target. By the time the manufacturers come up with a new vaccine, the virus will have already evolved into a more advanced variant that can adeptly evade the vaccine-generated immunity. Therefore, it is our belief that perpetual mass vaccination or boostering is not scientifically rational.

We’ve speculated previously about the waning efficacy of vaccines, but now, it’s fairly established that vaccines only work for less than three months with the newer variants. We’ve raised last year the possibility that quarterly vaccination might be needed due to waning vaccination efficacy, and such a prospect is now becoming real.

It’s still worthwhile trying to answer the question—how feasible is it to keep on vaccinating every three months? Our analogy then seemed to be quite absurd, comparing repeated vaccination to an addiction, or to someone who has undergone plastic surgery and craves to have more.

We’d like to reiterate our plea to our health officials and our new administration to pause, review all available data, listen to all sides, and decide on a course of action which is best for our nation.

The scientific experts of the Concerned Doctors and Citizens of the Philippines (CDC Ph), headed by Florida-based specialist Dr. Marivic Villa, have been trying to seek an audience with President Marcos to present to him some missing pieces in the COVID picture puzzle, which may have been overlooked by our health officials and anti-COVID task forces.

The 20 to 30 minutes the group is asking from the President may help provide additional information and insights on real-world data and consequences of aggressive mass inoculation, which the government may be blindsided on.

This may help change perspective on how we should address the pandemic and really just learn to coexist with the virus, just like we do with the seasonal flu. The letter request of Dr. Villa has been sent to the Office of the President, and the group eagerly awaits their response.

It would be good to encourage an open public discussion on the various issues and concerns between our health officials and their advisers on one side, and advocates from other sectors who have a different perspective on the other side. This is the essence of public health—getting all sides of the problem and how they could be addressed from the various stakeholders, and not only from a homogeneous or like-minded group of experts and technocrats.

Public health is participative, and equipping the public with all the necessary information is imperative to allow them to make informed choices. This can only be attained with thorough open discussion. If a consensus could be arrived at, that would be ideal; but if not, the policymakers could be properly guided on how best to address the problem. Various “what if” scenarios could be laid out, highlighting the likely outcome of a course of action for each scenario. Health officials and policymakers know they’re accountable because they have been informed on the pros and cons of every decision made.

The greatest pitfall that we could fall into is the big tendency to go into a “group-think” mode. An international agency or an expert recommends something and everyone nods in concurrence, without even thinking if the recommendation is suitable for our country. This is so much like the fairy tale where the charismatic pied piper lures his followers to go with the music, not knowing the tragedy that awaits them.

All we need to do is look at the trend in highly vaccinated and boosted countries like Israel, United Kingdom, Australia and the United States. Compare their current COVID situation with that of poorly vaccinated countries, like most countries in Africa, and we should start questioning the rationale for aggressive mass vaccination.

If it’s any consolation, the minor surge we’re experiencing now is not that bad compared to the surges in highly vaccinated countries. We believe there are two reasons for this. First, our percentage of the population which has received booster shots is quite low. Less than 15 percent got their first booster and less than 5 percent had their second booster. The immune pressure on the virus is not that strong to make it evolve into something more infectious.

The second reason is that we’re still relatively more diligent in adhering to basic precautions, especially the wearing of face masks in closed areas and in public when in a crowd. We’ve attended a few in-person conferences in the US and Europe in the past three months, and only a handful (mostly Asians) were wearing face masks, even when inside the conference hall. The few Asians who were wearing face masks tended to take them off by the second or third day of the conference. In fairness, the Filipino delegates held their ground and didn’t succumb to the indirect pressure of taking off their face masks.

We should maintain wearing face masks in our workplaces, in public transportation and in schools when in-person classes are resumed, and only take them off when in open spaces such as parks and beaches. A little discomfort in wearing face masks can go a long way in keeping the virus away from our nostrils.