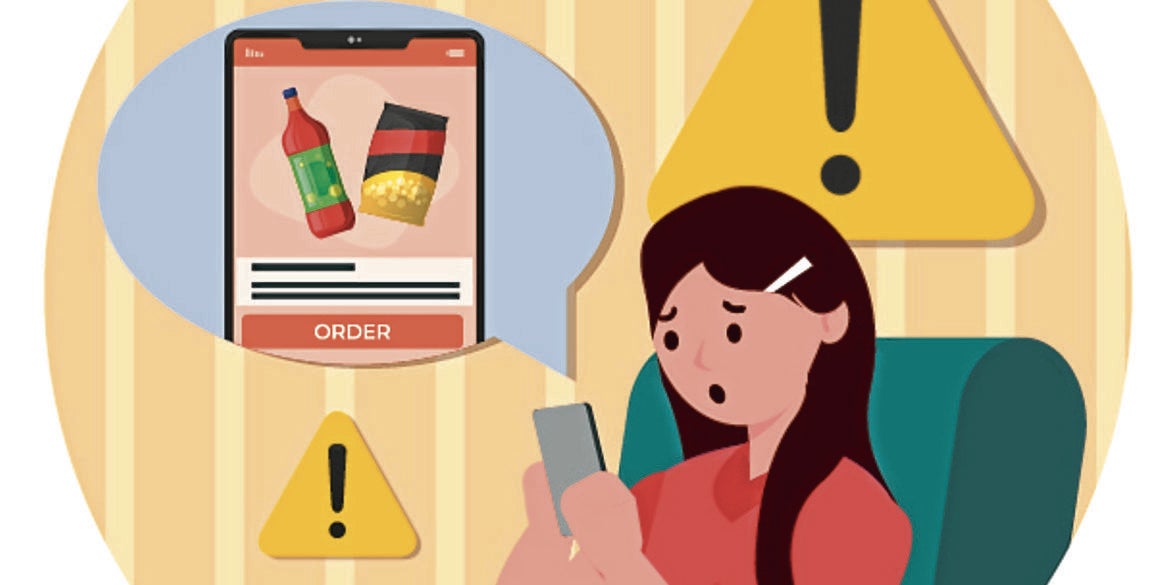 One can never be too careful when buying online. I usually buy through the well-patronized Lazada and occasionally through other Facebook sites. Lazada arranges and facilitates the sales, taking the order and making the booking for pick-up and delivery.

Lazada tags the items they endorse “Lazmall” or “LazGlobe,” and so I try to limit myself to those, and I’m a satisfied customer. I’ve been tempted to go for untagged items, only to realize more often than not that it’s a mistake, or possibly even a scam.

But, whatever the case, forget about exchanging an item that doesn’t fit or vaguely resembles the one you ordered. If the item you ordered shows the size you picked, or somehow looks, however vaguely, like the one in the picture, you’re stuck with it. And since sizes vary from brand to brand and even from style to style of the same brand, as I was too late finding out, I’m stuck with purchases I can’t use.

Also, refunds are left to the discretion of the company from which the goods being returned are sourced. Lazada notifies you in either of two ways. If you’re lucky, “your refund is on its way to your Lazada wallet,” which you can use for your next purchase. Otherwise you’re told, “The company refused your request for refund.”

Recently, I got a taste of both. I ordered two boxes of special cereals and an Algebra workbook for my granddaughter Mona—both items had proved not easy to find. Only the book turned up right. The two other packages, from their feel alone, didn’t seem like boxes of cereal, but since I was not allowed to open them I couldn’t be sure.

Anyway, I paid P991 and had the delivery man keep the change, for a thousand.

Instead of Kellogg’s Froot Loops, I got a tube of Pringles, and the vanilla-flavored Special K with almonds came as some sort of transparent plastic placemat, definitely inedible. The source of the Froot Loops refunded me right away, and I have the refund in my Lazada wallet, but the source of the Special K refused.

Since the delivery person was not employed by either Lazada or the source of the goods and, for his own protection, had not allowed me to open the packages for inspection until the purchases were paid, at which point he disappeared, I was left holding the wrong bags. I was advised that I should have taken a video shot of myself opening the packages. I don’t know that I will take the trouble.It may be reasonable to make allowances for slips, mix-ups, and other such inefficiencies in this relatively new business, but what to do with scammers? I thought I was being cautious enough when I preferred COD to prepaying with a card. Obviously, there’s far greater due diligence required.

The rules seem this time rigged against us customers. We see only pictures to pick orders from. We need to read reviews of fellow customers. But, again, how do we distinguish between fellow customers doing reviews for the cause of consumerism and troll-like reviewers deployed by the scammers themselves?

As it happens, the very natures of online dealings and the pandemic have conspired against us. For own own health, we are forced to live virtually, although that kind of forced existence seems easing. But until it’s really safe to go out and face the world again, we’ll have to go with the likes of Lazada.

Meantime, keep the old trusty rule in mind: Buyer beware. If it’s too good to be true, it’s neither good nor true.

That’s not to say I’m giving up on my other refund. I don’t like the feeling of being had. If I don’t get it, I’ll boycott, look for fairer deals, and switch.

Come to think of it, boycott has always proved a potent weapon, not only for consumerism, but for other social causes. We’ve made it work to a resounding national victory. Consumer power is people power.