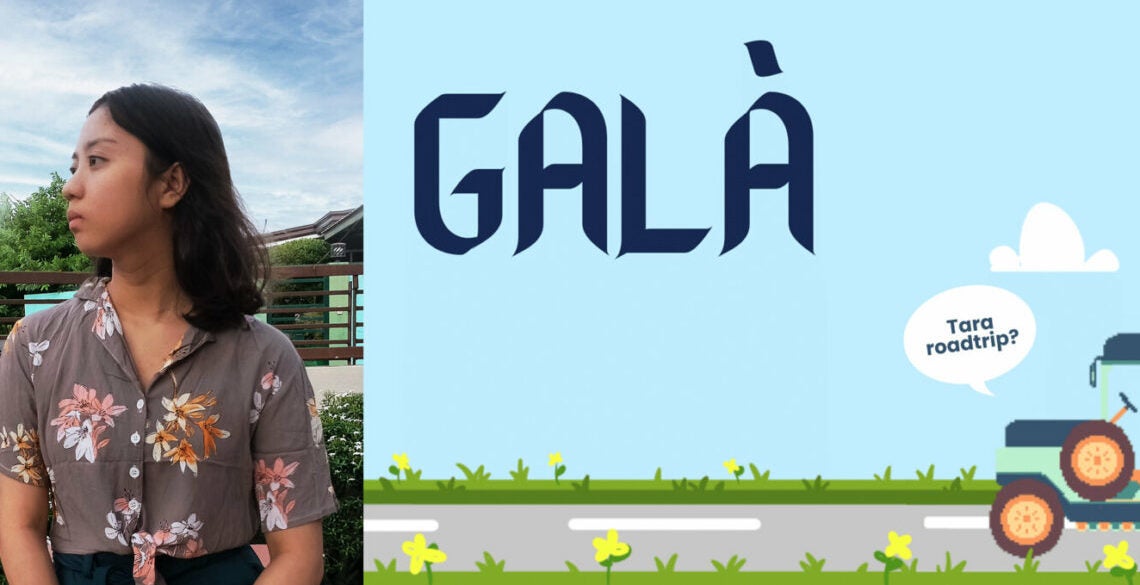 What were you doing when you were 19?

While most kids could barely figure out what college major they should pursue, Audrey Stinson is already pursuing the career of her dreams: game development.

“As a kid, I made games without even knowing what a ‘game developer’ was,” Stinson tells us. “I would make games through apps that allow you to create games without any code. They were usually simple platformers with some dialogue but I had a lot of fun creating them. I guess the interest has always been there.”

Fresh out of high school, Stinson has already become one of the recipients of the first-ever Game Development Grant of the Cultural Center of the Philippines (CCP) for her free-to-play mobile game Galà.

“The day CCP announced the winners of the Game Development Grant was actually the day of my high school graduation. In the morning, I graduated high school and before the end of the day, I was a CCP grantee,” says the young game developer who’s set to take up a computer science degree.

Congratulations to the following Professional and Independent Game Developers who were selected to be the CCP Game Development Grant Winners! 🏆

Thank you to everyone who joined and supported this project. Here’s to Filipino Game Developers and Filipino excellence! 🎉 pic.twitter.com/swKtCzJ4ly

Galà is the first commercial project of Filipino indie game development company Kendikorp, of which Stinson is the founder and director. (Fun fact: It’s a one-person operation!)

“I have gotten used to developing games solo, but for Galà, I am working with freelancers to handle research and marketing. On the development side, though, it’s just me,” she reveals.

This field-trip-slash-road-trip-inspired game aims to “expose rather than educate” casual (and core) gamers to the different regions, historical sites, and hidden gems of the Philippines through a virtual field trip. It will feature cultural objects like the kubing, a mouth harp found in Muslim Mindanao, and myths like the Bakunawa, a serpent-like dragon believed to have swallowed the moon.

As of writing, the game is still in its initial stages—its first prototype version—but the general gameplay concepts are finalized. Plus, Stinson already has a “rough schedule” of upcoming (and exciting) events such as trailer releases.

So for this week’s Seen on Scout, we had a quick chat with the incoming college student about Galà, her creative process, and what it means to be an indie game developer in the Philippines.

Growing up, I had a DS that introduced me to a lot of iconic characters like Kirby and Mario. The retro aesthetic, in particular, really sparked my interest in games.

Game development combines a lot of creative mediums that I love such as playing piano, doodling characters, writing stories, and writing code.

Growing up, I had a DS that introduced me to a lot of iconic characters like Kirby and Mario. The retro aesthetic, in particular, really sparked my interest in games. [But] the first game that really had me engrossed in its world was Danganronpa! It really showed me how impactful games were—how much connection [they] can form with [the] players.

Recently, some games that really inspire me include indies like Omori and Baba Is You.

We’ve heard you just graduated high school. Congratulations! As a young aspiring game developer, what made you decide on submitting your pitch to the CCP Grants Program? Was there a bit of hesitation knowing more experienced developers might submit theirs, too?

To be honest, the money stuck out to me. Since I was also starting college, I was thinking it could help with tuition. Another thing is [that] I’m aware indie game developers can have a hard time earning money. If I were to start my game development journey, I needed to take the opportunity. If I didn’t at least try, I would definitely regret it for the rest of my life.

I thought to myself, “Even if there are more experienced developers, it’d still be worth trying!”

I knew that there were going to be experienced developers, but I was mostly focused on forming a good concept.

There were two things that helped ease that worry. The fact that there was an “indie” category reassured me because it meant that the CCP was open to developers with limited budgets and small teams. Secondly, they held an orientation to discuss the grant and emphasized that it was open to developers of any experience level. Attending that helped give me more of a perspective on the scale of the game to create.

I thought to myself, “Even if there are more experienced developers, it’d still be worth trying!”

Walk us through the nitty-gritty of Galà. How did you come up with the concept and what do you think is its relevance in today’s context?

During the CCP grant’s orientation, Luna Javier, co-founder of Altitude Games, told us about Jan-Jan the Jeepney which was supposedly an educational game that allowed kids to learn about different places in the Philippines. The jeepney element stuck out to me.

The last thing I want my game to be is another stressor in their assignment list.

The field trip [or] road trip theme was also inspired by my own personal experience. I really enjoyed going on school field trips and road trips with my family. 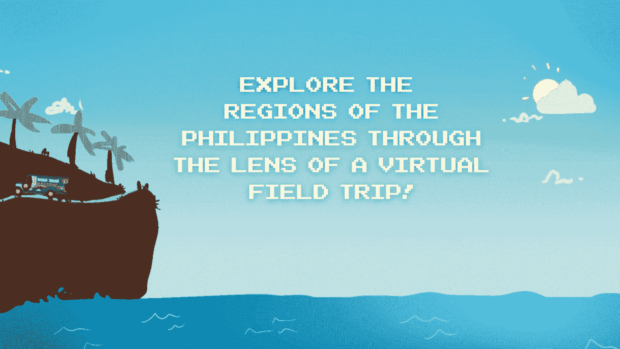 Additionally, students are having a really hard time right now. There’s Zoom fatigue, slow internet, and homework piling up. Back in school, every time I looked at my “This Week” assignment list, I would feel so much stress already, even before doing anything. The last thing I want my game to be is another stressor in their assignment list.

In fact, one of my game’s main goals is to provide a relaxing experience away from life’s responsibilities.

When you said the goal of Galà is to “expose rather than educate,” what exactly do you mean by that?

I believe that video games should be used to introduce concepts rather than explain them fully.

I believe that video games should be used to introduce concepts rather than explain them fully. In my experience, it’s harder to retain information if I am just reading it from a module. Through my game, I want to introduce concepts of culture and history with the primary goal of piquing the interest of players.

However, gamified education is another topic entirely. Galà does not aim to be an “educational game,” but more like an adventure [or] exploration game about Filipino culture.

What’s the most challenging part of the process? How did you manage or get through it?

Right now, I think the most challenging part is finding the balance between marketing and actual game development. Marketing for video games is a whole different field. The way to manage both would be to either divide my time or assign marketing to someone else. I did the latter. 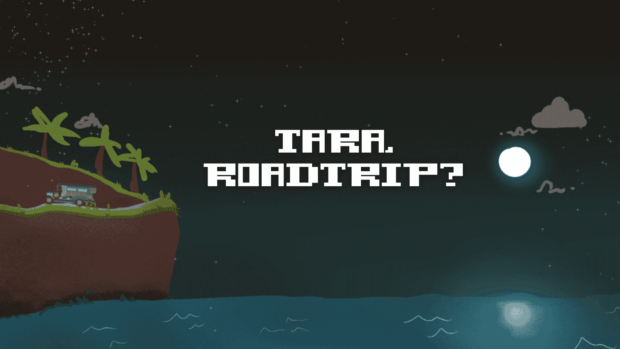 Conceptualizing the final game was also surprisingly hard! I had about 20 gameplay concepts before I landed on my final one. Often, I would get ideas that were way too ambitious for six months.

Identifying what the core purpose of Galà is and scaling down features constantly is how I got through it. Simply asking for feedback was also very helpful.

Do you have plans on developing a new game after Galà’s launch?

100%. I have a lot of future plans as Kendikorp in the years to come. My journey has just begun! For now, though, I am committed to Galà.

How different were your expectations from the realities of game development?

Prior to learning about game development, I thought that indie studios and developers were earning a lot of money, which is probably why they made games. I used the wildly popular indie games as a reference, but those only account for about 2% of all the games out there.

Now when I got into game development, I realized that these developers create games because they genuinely love it. They are passionate and really believe in the impact of the video game medium.

For you, how important are grants (or support from established groups in general)  for organizations, especially the independent ones like Kendikorp?

Incredibly important. There’s the monetary side that pays for platform fees, advertising, assets, etc. Then, there’s also the support for getting the word out to more people. Being a renowned institution, the CCP has a wide reach.

Most importantly, the Filipino game development industry is finally becoming recognized nationally through this grant—especially considering that this is the first ever Game Development Grant supported by the Filipino government. Hopefully, it’s not the last. 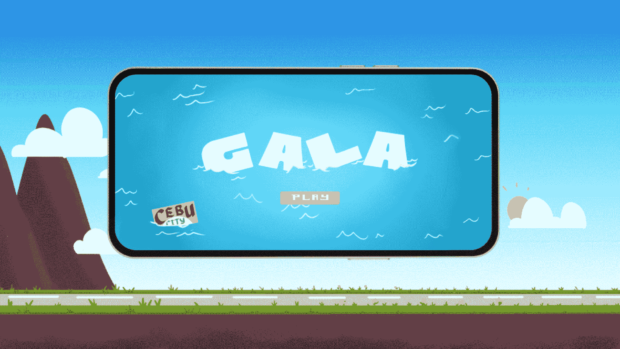 Emerging sectors such as game development benefit a lot from grants so they can become more competitive internationally. In other countries, gaming has already been long established as a high-grossing industry, generating millions of jobs.

The existence of grants like these is kind of saying, “That’s possible for the Philippines, too.” Similar to a scholarship, grants encourage people to fulfill their dreams with the support of established institutions. Fingers crossed for more game dev grants in the future!

Be one of Galà’s playtester by subscribing to Kendikorp’s newsletter.