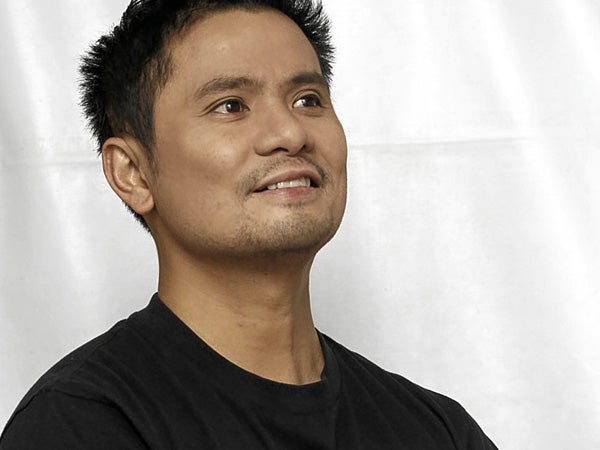 Can OPM be saved?

“I wouldn’t suggest my career path to anyone, because you have to have a certain kind of patience to do what I do,” says singer-songwriter-comedian Ogie Alcasid. To be honest, the only ingredient is fun. I love what I do. Because I’m a naturally crazy person, I see the humor in many things. It worked for me; I don’t know if it’ll work for anyone else.

Alcasid, now 44, started out as a pop singer in 1988. His ballad “Nandito Ako,” from his self-titled debut album, became a chart-topping single the following year. Eventually, he jumped at opportunities to expose his wackier side.

“Comedy is more fun because there aren’t many rules,” he says. “I’m also very blessed because I work with people who genuinely share the same gift, like Bitoy (Michael V), Janno (Gibbs) and Uge (Domingo).”

Alcasid regularly appears on the enduring, 16-year-old GMA 7 gag show “Bubble Gang.” He continues to observe the changing tastes of Pinoy viewers, humor-wise. “We’re doing ‘Boy Pick-Up’ now, my hip-hop parody character, because for some reason it clicked among the young.” Alcasid adds that he will be appearing in “Boy Pick-Up the Movie,” from GMA and Regal Films.

Now a father to new baby Nathaniel James, Alcasid says that he and wife Regine Velasquez are really “in a happy place” at the moment. “Regine is a doting mother; she’s very excited about her new role, and I’ve never seen her happier,” Alcasid reveals, giggling.

While his other kids with Australian beauty queen Michelle van Eimeren—Leila and Sarah—have yet to meet Nathaniel, Alcasid says that they’ll have a reunion within the year. Alcasid is thankful that he’s able to converse with his older kids “all the time.”

Alcasid and Velasquez became friends back in the late ’80s, and even went on a date once, but didn’t foresee themselves ending up with each other decades later. Now that they’re spouses, Alcasid appreciates her unconditional support. “I think she’s amazing. She seems to be proud of everything I do, which I think is important for a husband, because many times, I doubt myself.”

Grateful for his continued TV presence and accomplishments, Alcasid says he’s all about “giving back” at this point: “That’s why I have so many advocacies,” he enthuses. “I’m the commissioner for the Edsa People Power Commission, and spokesperson for Sagip, which helps patients from Philippine General Hospital.  I’m also helping Childhope Asia, a foundation that helps street children and street educators. Regine and I have Ogie and Regine Ukay-Ukay, which raises funds for the building and rehabilitation of public schools, in cooperation with the Kapuso Foundation. We collect items from celebrities, and every quarter we sell them at the bazaars. And of course there’s OPM.”

Alcasid is president of OPM, the Organisasyon ng Pilipinong Mang-aawit. The acronym also refers to Original Pilipino Music, which Alcasid believes is currently experiencing a tough period due to piracy and other factors.

“Can OPM be saved?—I will always say yes,” he says, adding, “Because it’s worth saving. Piracy is an old problem. I think most music societies around the world have learned to live with it. The only thing that you can do, really, is to ask your own government to have better laws that will protect the artists and prevent piracy, and perhaps impose a stiffer penalty (on violators). Having said that, the real problem right now is that we are in a transition period from CDs to MP3s; the CD market is slowly dying. Fewer people buy CDs and so the move to MP3 downloading has to be established.”

One concrete way of addressing the issue, according to Alcasid, is by establishing an online store, OPM2go (www.opm2go.com). It was launched last December as part of OPM’s relief efforts for the victims of typhoon Sendong. Alcasid composed “Kaya Natin Ito,” sung by Sharon Cuneta, Jose Mari Chan, Charice Pempengco, Lea Salonga and Martin Nievera, among many others. The song’s proceeds went to the Philippine Red Cross.

“We feature strictly OPM member musicians,” says Alcasid. “We’re on soft beta launch. We showcase independent musicians, because they don’t have labels, or the means to produce an entire album. So what we’re trying to espouse here is a culture of releasing single songs.”

The site is selling music at P10 per song by indie artists, and P15 each for label artists. Songs are downloadable through various payment options. “When I became president of OPM, I started talking to our members about getting a health card, and about members being able to fix their own taxes. I wasn’t able to relate when the musicians started asking different questions.  ‘We want our music to be heard-can you give us gigs?’ or ’Can we be seen on TV?’ At that moment, I felt that those were the issues that needed to be addressed.

But the organization is also spearheading efforts for its members’ long-term benefits. “We’re teaching them about the importance of having health insurance. And we’re trying to talk to the established bars to (establish) some standardization of rates. If the musicians are OPM members, the bars can be assured of professionalism. Another thing that we offer our members is legal help, because some have been having problems with managers; they haven’t been paid, and so on.”

Alcasid considers the music industry “very different” from the one he joined over two decades ago, but is proud that artists always have new things to sing about. “That’s one thing that I’m very confident about. The industry is bustling with creativity, especially now, because it’s the ’hunger’ years. The musicians are hungry for recognition and that’s when music is really alive. The independent music scene is thriving. So what we need is to make more people know about it. OPM isn’t just the mainstream!”

He dispels some people’s notion that visiting foreign acts are a threat to local artists. “They’re a big act for a reason; they’re accepted worldwide. The multitude appreciates their music. But there is a section of our society that likes to listen to local bands, local jazz, local ballads. I believe that if we bring back the glory days of OPM, when everybody starts to appreciate our local acts, then there’s going to be an implosion. Our country just might be the next Korea in terms of how we appreciate our music.”

Despite his hectic schedule this year, Alcasid is also helping out with the PhilPop Music Festival, another project meant to support the resuscitation of OPM. His movie, “I Do Bidoo Bidoo,” tentatively slated for a July release, will contribute a lot as well to the awareness of OPM, he says. “That’s our generation’s music, so we might as well immortalize it further in film. I hope it gets younger people to listen to the music of the APO.”

For all the challenges posed by piracy and other ills, Alcasid is elated at some positive developments in the local music scene. “What I like is the fact that we’re already starting to follow international standards, most especially when it comes to publishing and royalty payments. Gone are the days when musicians are paid a pittance!”

With a new baby, civic involvement and OPM projects, Alcasid sees himself going full speed ahead. “I see myself doing more movies in the near future. I will still be creating music but I want to help more musicians. I’m toying around with new ideas for TV, too. So TV, movies, and music—that’s a lot!”