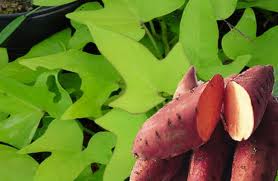 Several weeks ago, I had a recurring very bad headache. As I do not really like taking pills for aches and pains, I asked a herbalist, Boy Fajardo, if he had any suggestions. He said it could be due to acidity and suggested I should include kamote in every meal.

I am happy to report that although the root crop, unlike chemical preparations, did not bring instant “cure,” the problem has gradually disappeared. I suspect what the root crop did was sop up the acid in my system.

Now I have just learned that the lowly kamote is indeed far more valuable than many Filipinos think. The kamote has long been dismissed by many Pinoys as food suitable only for those in the poorest of the poor. In fact, even the less affluent would not be caught eating it, if they have other options. The root crop also has a bad rap as causing a major gas problem.

But, in a recent study, the Department of Science and Technology’s Food and Nutrition Research Institute (DOST-FNRI) found that kamote is far more versatile—health wise—than we give it credit.

As reported in “Inside STII” (Science and Technology Information Institute) by Framelia Anonas, kamote and other root crops could keep bad cholesterol levels down. The DOST-FNRI research team, headed by Dr. Trinidad Trinidad, found that daily intake of root crops reduced bad cholesterols in the body because of their dietary fiber or roughage content, that part of a vegetable or fruit the human digestive tract was unable to digest.

As explained by Trinidad, “Dietary fibers come from a family of carbohydrates that ferments in the colon, turning into short-chain fatty acids that release energy…. These fatty acids…(lower) the risk of colon cancer, (among others).”

The team found that all the root crops studied, especially cassava and kamote, decreased the level of bad cholesterol. It was also discovered that tugi, a root crop abundant in the north, increased good cholesterol.

Another DOST-FNRI study found that corn was good for the heart because it contained folate that lowered the level of homocysteine, an amino acid that damaged the lining of arteries and could make blood clot more easily than normal. High homocysteine levels could lead to heart attack.

Among teenagers, Bench was number one followed by another Filipino brand, Jollibee. Other teen favorites are Nike, Jag Jeans, Adidas, Natasha, Nokia, Coke, Avon and Tribal.

As for young adults, Jag was number one, with Bench coming in second. Their other favorites are Lee, Levi’s, Jollibee, Nokia, Adidas, Nike, Natasha and Avon, not necessarily in that order.

TRU (Teens Research Unlimited) is a company under TNS (Taylor Nelson Sofres), a member of The Kantar Groups, one of the world’s largest research, insight and consultancy networks. TNS has research operations in over 80 countries.