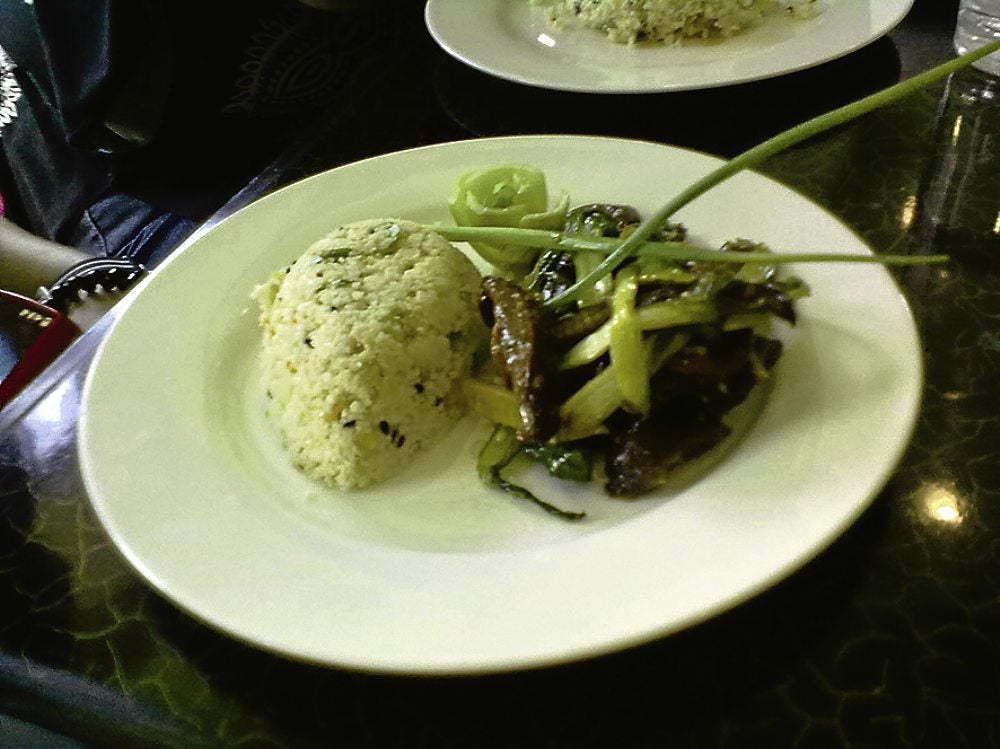 Holy Week for me and my colegiala classmates was all about retreat (no talking), abstinence (no meat) and fasting (a good time to diet). These were our supposedly little sacrifices to earn us indulgences, the good deeds in reserve in case our book of life in the final reckoning has more bad deeds.

Abstinence in the old days meant not eating meat. For a fish-eating country like ours, that really was no sacrifice. Perhaps that’s why the rules were redefined after the Second Vatican Council. Abstinence now meant refraining from things you love to have—a smoke, ice cream or sweets, a massage.

Let me propose something else, but only for those who aren’t into this kind of eating yet: Go raw.

Now why should that be a sacrifice? Well, because you’d be refraining from eating piping hot soup, or your favorite adobo even if kangkong is the main ingredient, and that crunchy apple pie with ice cream.

There are cookbooks that can guide you, such as “Raw: Healthful Recipes from The Farm of San Benito,” given to me by Michael Di Leonardo. It has attractive dishes like creamy carrot and avocado soup. But some of the dishes are cooked, such as the shiitake and eggplant adobo. So it isn’t strictly raw.

It was interesting to see if Mona Lisa Nueboeck, who is also a consultant at San Benito, could create 100-percent raw dishes, not just salads or fruits. And she had a preview at Sugarleaf restaurant in Makati. Nueboeck is a certified raw food chef and health coach. She has studied and apprenticed with several raw food chefs and experts, and keeps herself updated on nutritional studies.

A smoothie is always the easiest to do, and is great for cooling off during the searing Holy Week season. For her grapefruit ginger blast, Nueboeck had several fruits flavored with a combination of lemon, ginger, cayenne pepper, salt, vanilla and coco sugar.

But the recipe introduced staples in the raw food pantry—soy lecithin (soy bean byproduct to hold mixtures together), stevia powder (natural sweetener from a shrub of the sunflower family) and bee pollen. Everything was placed in a high-end blender that, Nueboeck said, would flatten a cell phone if it got dropped on one. Ergo, that’s an important equipment if you want to go raw.

One recipe I thought tasted good enough to be considered cooked was the baby bok choy and shiitake unstir-fry. Notice the “unstir-fry.” That’s accomplished by marinating the vegetables for about three hours in a mix of the more familiar vinegar, pepper, salt, honey and sesame oil. The result proved to be a flavorful vegetable dish that seemed cook but wasn’t.

But the recipe says it can be heated in very low flame and its hotness shouldn’t be more than one’s body temperature. You can check that by putting your finger on it, almost like determining if a person has a fever.

The surprise is that one can make mock rice using grated daikon (radish) and singkamas, removing all the liquid, mixing with cashew nut powder and all other flavor ingredients deemed proper for raw food uncooking.

And because you are recreating cooked food into raw food, you can have a ravioli and eat it too by using zucchini discs instead of wrappers to sandwich the filling of raw cashew and cheese. Nueboeck calls this a “raw-violi,” added with pesto sauce for more flavor.

How great to have dessert that’s not just cut-up fruits but a pie of sweet potato and topped with mocha cream. The pie crust had ground nuts with dates, oat powder and cocoa powder mixed with virgin coconut oil and pressed together then frozen.

When tasted, the flavors were there. But you feel a sort of dryness in the mouth after tasting some, save for the “unstir-fry.” A smooth texture was wanting in the dessert.

One of us, a vegetarian, didn’t just taste but also heartily ate more than her share of the dishes. Her excuse was that because vegetarian cooking or uncooking is not easy, she’s taking advantage of this delicious vegan food prepared for her. She said it for most of us—there’s a lot of preparation to be done and you can’t just whip a dish up in 10 minutes.

Nueboeck acknowledged that but she said you’d have to plan more, organize your time, maybe prepare for more than one meal when you have the time.

Going raw wasn’t easy for her, she said. Because the body releases so much of its toxins by switching to this way of eating, you might have reactions like skin rashes, pimples or a bad stomach. During Holy Week, that could be the sacrifice.

But you will have your resurrection, judging by how Nueboeck looks. She has long silky hair, clear unblemished skin, a trim waistline. After years of dieting, where her weight often fluctuated, going raw has kept her slim.