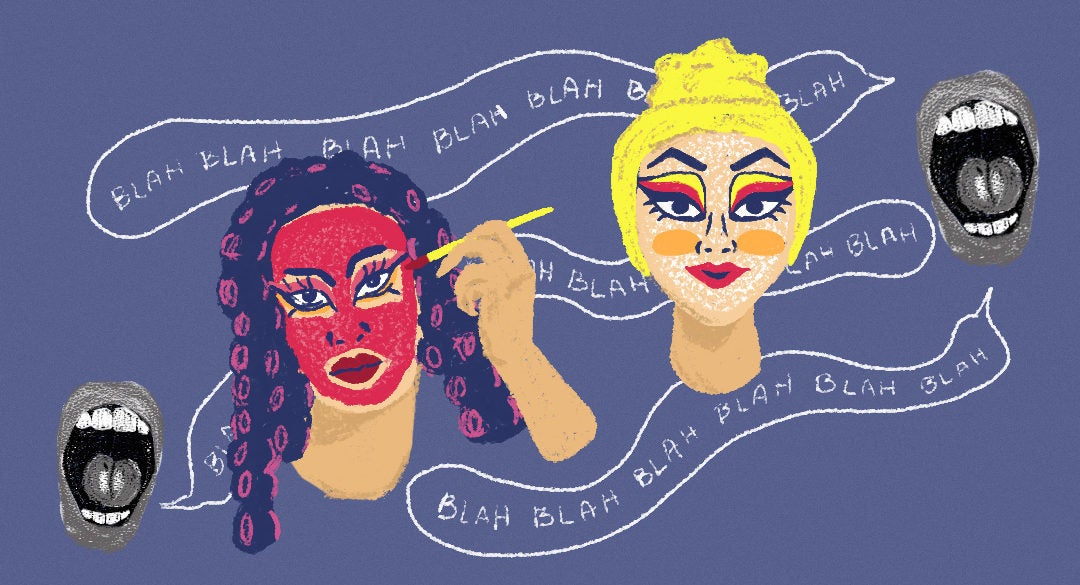 So you hate ‘Drag Race Philippines’? Please, tell us more

By the time you read this, Drag Race Philippines would’ve been out for a few weeks already. It’s not too much to say that the whole world is excited about it, considering that Filipinos are everywhere in the world, and a lot of them are queer Filipinos proudly celebrating a moment of Filipino LGBT+ representation.

But for every queer boy gushing over our drag queens, we also hear the collective sigh of disgust from the gay guys who loathe everything Drag Race. We know they exist because they have already clearly communicated how ostracized they feel from the larger gay community. (Shed a tear for them.)

What a world we now live in, when the femmes have unionized to defend themselves. What a beautiful world. I lived through the years when any hint of femininity, the slightest crack of that well-acted masculine facade drove the paminta into a witchhunt (bitchhunt?)

Their fear of the feminine runs very deep, and so they play it up even further, going caricaturish into character and exaggerating all the features of masculinity (or at least, what they perceive to be its characteristics): big muscles, little emotions. And a tendency for self-destruction: steroids, drugs, unprotected sex. Violence. Abuse.

It’s all theater, to be honest — the theatricality of their obsessions becoming borderline bizarre.

It is internalized homophobia, no doubt. It is fear that has crystallized into an identity, the victim of oppression punching down on their community instead of the oppressive systems.

It also speaks of how people form identities too: for some, it’s not enough to declare what we are. They also have to announce what they’re not, and also destroy those who aren’t like them.

You could say that the gays who try to distance themselves from mainstream gay culture such as Drag Race are the dying wails of a generation of gays who grew up hating themselves. Perhaps that’s true. Perhaps it’s also true that their existence attests that there is no one monolithic gay culture—that gay people of all backgrounds, interests, and inclinations exist. This will be a kinder reading, one which I hope will be applied to me when I say I’ve never really managed to get the hang of Drag Race before.

I sheepishly admit that it took Drag Race Philippines for me to appreciate the franchise. And for the record, it’s not for lack of trying. An ex was so into the US version that I couldn’t help but be curious about it. It’s not that I don’t appreciate drag as an art, it’s just that, well, it didn’t resonate with me.

I was recently watching Abigail Thorn’s latest PhilosophyTube video on art and objectivity, where she argued that the whole point of getting art is not a competition. I will continue to hold space and see how I can further engage with drag as an art form, and by extension Drag Race too. I don’t see myself any less or more as a gay person because of my inability to appreciate something that many gay people take genuine interest and pleasure in.

Funnily, Ang Probinsyano recently ended after a successful seven year run, and I realized that I’ve never watched a single episode. This series’ popularity purportedly cut socioeconomic divides in the Philippines, so could we say it was a truly Filipino series? If so, if I did not partake in this culture, does that make me less of a Filipino? Anyway, I digress.

The point is: liking pop culture is not a requirement. Not liking it though does not make you any special. There are various circles one can belong in the larger LGBT+ community and that’s okay: that’s the whole point of diversity. The only thing we all need to collectively subscribe to is that Sarah Geronimo’s Tala is the official queer national anthem (obviously I’m being flippant, because it’s Nancy Jane’s Love Song, which you all slept on, you homophobes.)

Write to the author at writerinmanila (at) gmail.com