Who needs "Dahmer"? Our terrors are all too real | Lifestyle.INQ ❮ ❯ 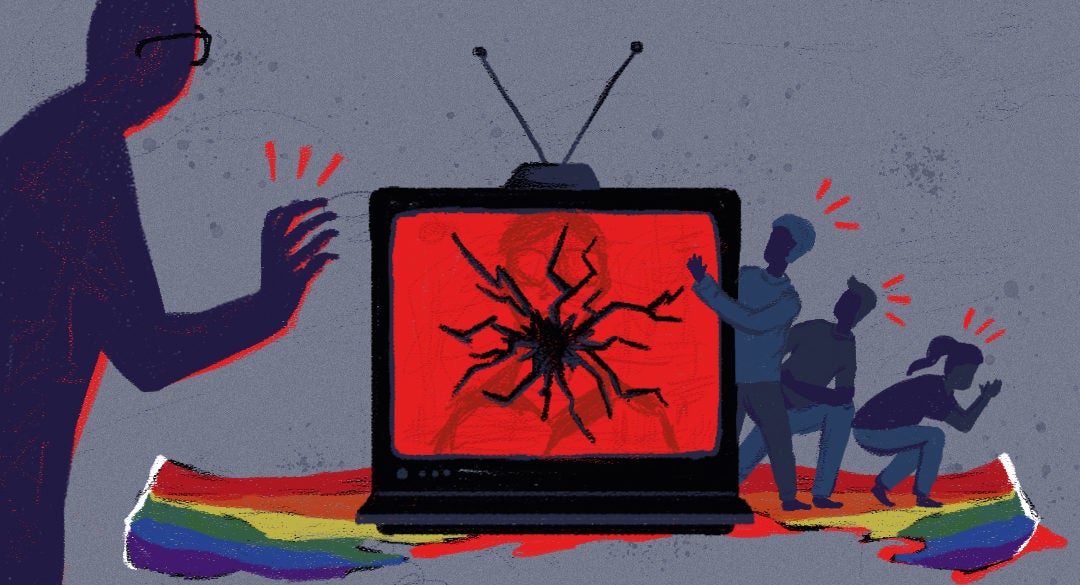 Who needs “Dahmer”? Our terrors are all too real

“That’s it, I’m not accepting drinks from strangers anymore,” a friend tweeted after watching “Dahmer”, the recently-released Netflix series by Ryan Murphy. It was inspired by the life of psychopath serial killer Jeff Dahmer, who murdered and cannibalized men he picked up at gay bars.

Meanwhile, supporters argue that true-crime dramas are nothing new. And if we hated it so much, why are shows like this successful? There seems to be no shortage of audiences drawn to violence and gore, which encourages creators of shows to tell more of these stories. We can wax hysterical about it, but our actions seem to belie our true intentions.

I’m not saying that art must necessarily moralize, but I kept asking myself: what is the point of Ryan Murphy’s “Dahmer”, really? I paused midway through some of the episodes, unable to take the gore, wondering why I was even subjecting myself to this. Does one need to be shown fictional violence to believe that violence is wrong? Surely you don’t need to be strapped to the chair, eyes wide open like Alex of ”Clockwork Orange”, to understand that.

What was the reason behind Jeffrey Dahmer’s misanthropic behavior? The series itself doesn’t truly resolve it, but still presents us with a number of leads. Was it his genetics? Was it his upbringing? The show implies that his repressed sexuality combined with his inability to form healthy relationships may have contributed to his behavior, with the last episode even hinting that Dahmer was just a product of his disturbed era: John Wayne Gacy, another serial killer who raped boys, was Dahmer’s contemporary––executed by lethal injection when Dahmer was in prison.

The loose ends leave a lot of questions. But perhaps the more relevant question I should ask is: what is the point of fictionalized violence for queer Filipinos? Do we still need a grim reminder that queer people are often targeted by hate crimes largely overlooked by law enforcers and the justice system, when the Filipino LGBT+ community face this horror every day?

Just last month, trans woman Estee Saway was brutally gunned to death in Bengued, Abra on the way to the school where she worked as a nurse. An elected official has been implicated in the murder. This recent crime adds to the growing list of trans murders in the Philippines: Transgender Europe’s Trans Murder Monitoring has reported 77 trans murders in the Philippines since 2008.

This October, we celebrated the eight death anniversary of Jennifer Laude, who was choked and drowned in a toilet bowl by Joseph Scott Pemberton, a US marine who was in the country for joint military exercises. His defense was trans panic, an argument that not a few people in comment threads found plausible. He was sentenced to jail, but granted absolute pardon by former President Rodrigo Duterte in less than six years.

In a country where an anti-discrimination bill has languished for more than two decades, it isn’t very surprising that the Philippine government had swooped in to simp for its former colonizer and throw the Filipino LGBT+ community under the bus. What is more tragic is that a former trans right activist who had once passionately defended queer Filipinos in the United Nations had merely shrugged her shoulders this time, saying “the weak must suffer what they must”.

For Halloween, queer Filipinos don’t need a costume: there’s nothing scarier to live your life as one.