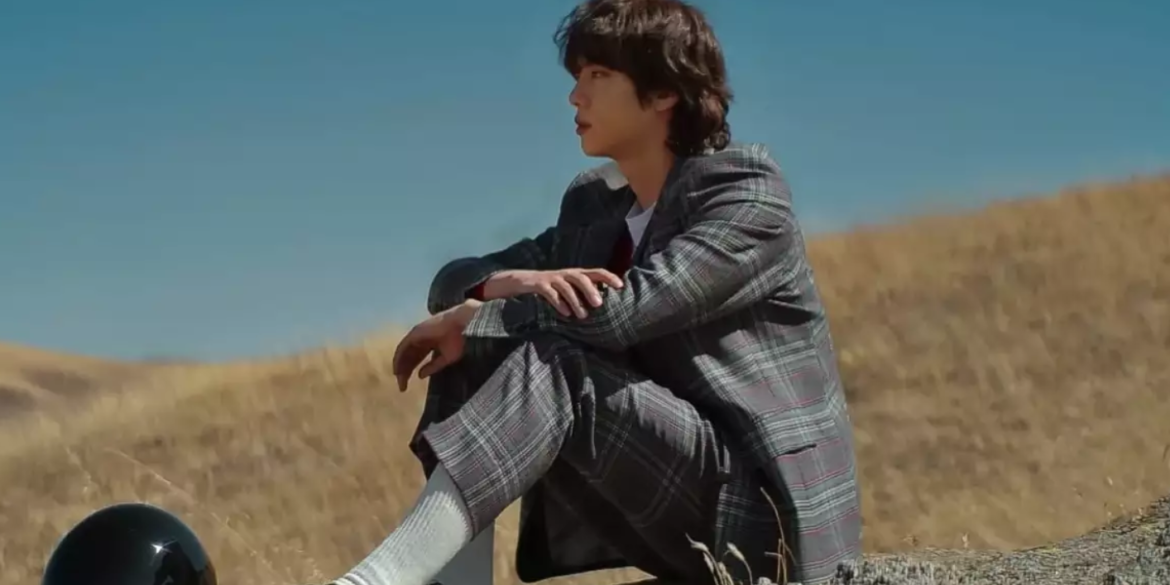 Listening Party: Jin of BTS bids a brief farewell with the heart-felt ‘The Astronaut’

Jin of BTS promises his eventual return following a brief farewell to a home he has found in their ARMY with his heart-felt single ‘The Astronaut’, showing just how much he loves them.

After years of debate and speculation regarding whether or not BTS will be serving South Korea’s mandatory military service, the band, after their successful Yet to Come concert in Busan in support of their country’s bid for World Expo 2030 has finally announced that the global stars would in fact be doing so. In an announcement via Twitter, BIGHIT MUSIC shared that in this new chapter, the 7-man boyband will each be enlisting in the military after completing their individual schedules with hopes of reconvening as a group in 2025. Jin the oldest of the bunch is the first to undergo this process.

A fan of the group or not, you really can’t help but feel the emotion and the honesty behind this track.

The lyrics. Written together by the members of Coldplay, Jin, Kygo, Joan La Barbara, and Jóhann Jóhannsson, the song speaks about a person that has wandered into an unfamiliar territory that he has learned to call home.

Befitting of the title ‘The Astronaut’ the message bears a striking resemblance with the plots of similar films that had extraterrestrial beings come across our planet only to end up caring deeply about us, like ‘E.T.’ and ‘The Day the Earth Stood Still’. This mirrors Jin’s own journey as an artist who initially wanted to become an actor but became an idol instead. He alludes to this in the first verse of the song where he sings “The story of us/ Like that asteroid drifting by without a destination/ I, too, was just drifting along.”

In this uncertain path, he found a home with his fellow bandmates, BTS members RM, SUGA, J-Hope, V, Jimin, and Jung Kook, and their fans the ARMY that has continuously supported them throughout the years. Sharing his sentiments with this newfound love he sings in the chorus, “When I’m with you/ There is no one else/ I get heaven to myself.”

The music in its totality. Although produced by Kygo and Bill Rahko, the song undoubtedly has Coldplay’s fingerprints all over it, showcasing the band’s signature rock-anthem sound. If I were to compare it with any of their previous releases, ‘The Astronaut’ would be a cross between ‘Paradise’ and ‘ A Sky Full of Stars.’ The track starts us off with an acoustic guitar and an airy synth, both with a ton of reverb to give it a wide spacey feel fitting the theme. These serve as the perfect canvas for Jin’s heavy and soulful vocal performance where you can sense the intention behind every word he utters without any overly loud instrumentals cluttering the space. As the song progresses brighter guitars and a heavier bass are introduced for the sake of driving the track’s energy forward but without compromising the point of the single, which is a message of thanks and love straight from the heart of Jin. Throughout the track, you will hear Coldplay’s frontman, Chris Martin’s ever-familiar voice in the background harmonizing with Jin. In the context of the BTS member’s departure, the track almost reaching a five-minute runtime is enough to bring about tears to even the most stoic in the fandom. However personally, I could not help but smile while listening to it — there’s so much love in this work!

Our Astronaut on a stage just for him. In a group like BTS with seven members, it is difficult to shine. Not in terms of popularity, we’re all sure he has enough of it. Rather, with songs averaging a runtime of 3-4 minutes, and having to share lines with six other people, naturally, there is limited room to showcase one’s own artistry and one’s own colors. J-Hope for example also recently made his solo debut with his album ‘Jack In The Box’ and does he sound like a completely different artist compared to the version that we typically hear in their collective releases. In a group known for their hip-hop and dance-infused tracks, the case is much worse for Jin who despite fitting well with the collective has personally stuck out for me due to his voice that feels like it is much more suited for slower songs. And he has definitely proven the point, showing out on his solo tracks such as ‘Epiphany’ and ‘Moon’ and the group’s less energetic releases such as ‘For Youth’ and ‘Film Out’ where he absolutely stood out. Now on a song with only his name on it, he has definitely not disappointed, delivering perhaps the most gut-wrenching “I love you” that I’ve heard in a track. Jin, we love you too and we can’t wait till you return!

Just this October 28, Jin in what might very well be his final public appearance before enlisting in the South Korean military joined Coldplay in their Music Of The Spheres Tour in Buenos Aires to perform ‘The Astronaut’ live. Undaunted by taking on the stage alone without his usual partners-in-crime, Kim Seokin showed that he was born for the spotlight, delivering vocals as if they were pulled straight out of the record. And a Coldplay song really is built for the stage, the energy it exudes, and Jin singing his heart out, I could immediately feel what he wanted to convey, what more the crowd at the River Plate Stadium. Prior to his performance, Chris Martin shared that Jin reached out to him six months ago about writing a song that would say “goodbye to everybody for a little while, and tells them that I love them.” And that brings us to today. Kim Seokjin good luck out there our beloved astronaut.