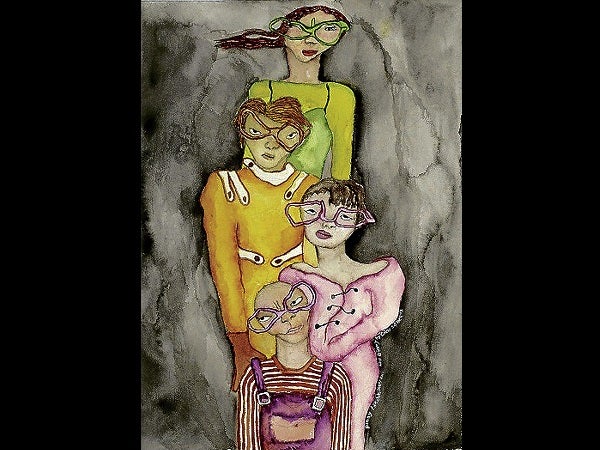 It used to be flowers for a special occasion—birthday, anniversary, convalescence, “just thought of you.” But flowers have become too expensive, and if you made a mistake and bought all white, my, my, that’s for the dead.

Then it was cakes, cakes, cakes until my friends decided it was okay to give bagoong and ukay-ukay, a personally crocheted blouse, or a dying plant.

Robert Alejandro sent his prized collection of DVDs for me to watch. I have yet seen only Volumen Bjork. Bjork is about the weirdest singer on the planet. She even signs her name upside down on the disc; that is why for 24 hours I couldn’t identify the disc and the rest was in Japanese.

Bjork was introduced to me by her die-hard fan, Manny Chaves, but this is the first time I’ve seen her in living color. She is Icelandic, chinky and gray-eyed, young and slender, beautiful and quirky. She is dressed in orange and is in a vividly colored, set-up kitchen.  She is frying an egg.

Bjork is one of the three outstanding unusual celebrities outside of the Dog Whisperer. In descending order of age, it is ground-breaker Madonna, the performer Lady Gaga, and Bjork. Manny thinks Bjork is the real original. If only we could sing and perform and were Icelandic, we could be her barkada.

Robert has just returned from China, Jetro Rafael from Isabela, Bodjie Pascua from performing in “Battalia Royal,” Avic Ilagan from a bout of gout, and me from bed. Avic wanted to show the Academy Award-winning silent film “The Artist” in my house. I arranged an ihaw-ihaw kamayan lunch. I asked Lyvia Martinez, too, telling her it was a meditation-healing. “Sure!” she texted back, “Who’s the healer?” “You!” I replied.

Avic left me a disc of “The Descendants,” which is a nice movie, too. It is also the story of many marriages, and has this memorable line at the end. “I love you, Liz, my love, my pain” (or thereabouts).

If George Clooney weren’t so handsome and clueless, maybe he could have won the Academy Award, too. But “The Artist” was just too good—direction, sets, and costumes and script, but, as it turned out, a Best Actor award toss-up between Jean Dujardin and his dog.

My son Mol prides himself in never having bought a pirated DVD. He orders everything from Amazon, and it arrives in a week. He gets all of the imaginative Ghibli animé tapes in sealed tins, and I am the privileged opener of these. Though Japanese, Ghibli has lately been bought by Disney Channel, which is what happens to all good small fry—they get swallowed up by big fish.

Danny Dalena also gave me a series of BBC tapes on art, “Masterpieces of the 17th Century.” As usual, BBC is splendid!

Somehow I don’t relate to movie classics like “Casablanca” and “Gentlemen Prefer Blondes” and “Three Coins in the Fountain” or “Singing in the Rain” or “National Velvet” or “Splendor in the Grass,” so please don’t lend me those.

Maybe because that’s been-there-done-that for me; I saw them during their original runs. “Zorba the Greek” with Anthony Quinn and Julietta Masina is the exception. Guys like Anthony Quinn appeal to the masochist in me.

It only goes to show I’m no connoisseur of movies. I’m such a lousy watcher I often ask my friends Rody Vera and Nonon Padilla beforehand whether a movie’s any good before I spend a cent on it. So don’t let any of this confuse you.

Next month, May 12, Sharon Atillo’s Today and Future Store in Cubao X, in front of Bellini’s, is hosting a painting exhibit by New York-based Ernest Concepcion. He’s a truly fascinating artist. I’d like to know why he is showing in our favorite hippie watering hole in Cubao X when he has shows in West Gallery and Blanc.

“Maybe because Ernest visited the store and liked the farewell couture show of Geoff Gonzales,” said Sharon. “Besides, he has a talk and you’re the interviewer.” “I am?!” “Yes,” she said, “because you love us, too.”

Never did an art interview in my life. Abangan! When you’re Forever 81, you can be ridiculous.