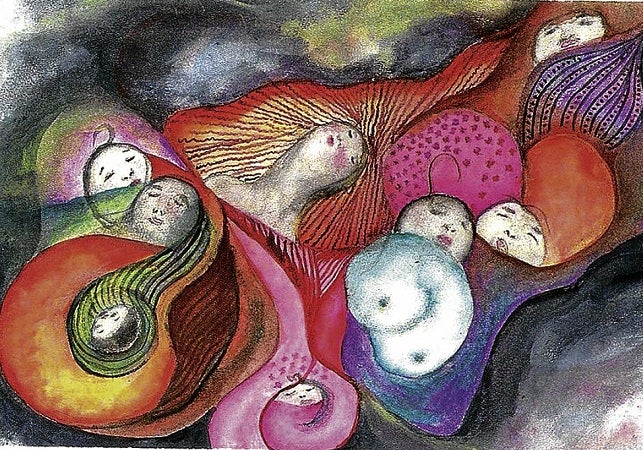 When I was a child, there used to be a Kindergarten A and B in my school. You had to go through it before you could step into Grade I. It is notable that the public school system has belatedly found the necessity to add that to their curriculum. In St. Theresa’s College, if the teacher thought a pupil bright, you were allowed to “skip” or “jump” Grade I and go straight to Grade II, as I was.

I wasn’t any great shakes of a student—I thought the nuns just had a crush on my doctor father (as I did). Every end of the month he would go to the school to pay my P30 tuition, always dressed in a smart white Americana and pants which was the standard elegant officewear of the day.

Daddy was a dignified, principled gentleman who always stood his ground when his daughter was given too many tickets to sell. I was, naturally, too scared to return them, and he would do the returning himself, politely, formally, and irrevocably.

After “skipping” Grade I, which elated my mother who bragged about it all over the world, I realized I couldn’t catch up even with simple arithmetic. I died of fright and embarrassment when pitted against some classmate to do quick sums on the blackboard. That’s why I ended up writing, right?

Maybe I could have become a painter earlier, but there were no artists in the family; besides, my scientific father thought most painters wore berets and cut off their ears. He loved scribbling at his desk all day, and so that was what I was encouraged to do—scribble.

When I was in Grade VI, Grade VII was abolished. (It has since been restored.) During the war, it was my third year of high school that was cut short. We had to go through a “completion course.”  During the war our family evacuated to Malabon, where I graduated at St. James.

There I met the best teacher I was ever to have. Sr. Maria del Rey was one of the Maryknoll sisters who taught us, a tough, former Pittsburg Times reporter. She certainly knew her onions.

Daily, she assigned the class a one-page essay on whatever we observed on the way to school. She called it My Daily Theme Eye. I loved writing it. Apparently, few of my classmates did. Since it wasn’t compulsory, they began dropping out one by one, though I didn’t know that.

Sr. Maria del Rey wrote a lot of useful comments on the margins and never forgot to point out the good parts. If you hadn’t finished your piece by the time you had to leave for school, Sr. Maria del Rey would write the ending for you. Or suggest three possible endings! That’s how devoted a teacher she was.

I didn’t realize until the end of the school year that I was the only student left writing My Daily Theme Eye. It had become a tutorial—a one-on-one. Maybe that was the time I decided I wanted to be a writer.

Sr. Maria del Rey made me the editor of our yearbook. She taught me how to lay out pictures, to write captions and headings and edit. That is why in my later years I found it just so easy to make a book.

After the war I had to return to St. Theresa’s College, where there was no Sr. Maria del Rey, no boys and no fun. (Sigh) I even had to coach my kind STC school paper adviser, Mother Ignatia, on layout basics I had learned from St. James. And I wasn’t even made the editor of St. Theresa’s school paper!

The editor, until I was fourth year, was always the valedictorian. It just never dawned on them that most valedictorians couldn’t write—dumb ones like me were better at it.

My father had decreed that I should take up BSE. Teaching, he said, was the “only decent profession for women,” not secretarial, certainly not newspaper.  (There were too many boys.) It was 1947.

So I took up BSE.

I didn’t like teaching. I knew I was good at it but I was such a perfectionist, it took me so much energy to plan an interesting lesson every day.

My first job was teaching in a small school on España Boulevard called Uson Colleges. That was the time Far Eastern University split up into three. Mr. Francisco Dalupan, one of its deans, put up his own school, which prospered and became the now well-respected University of the East. Mr. Clemente Uson, FEU business school dean, founded Uson Colleges, which soon slid out of existence. FEU remained staunchly FEU.

How I became an Uson Colleges teacher: Mr Uson’s only daughter, Angelina, was my classmate at St. Theresa’s and hired me to teach English in her dad’s school even before I was graduated. Another classmate, Consuelo Siy, was tapped as math instructor.

What a mismatch this colegiala was for Uson Colleges (not a surprise, since I am often the parallelogram forced to fit into a square hole).

I taught English and American literature which was then the curriculum. Philippine literature didn’t even exist. “Noli Me Tangere” was banned (along with ballet and bras) in Catholic schools. I rhapsodized about Wordsworth’s “The Daffodils” and “The Raven.” I walked miles and miles before I went to sleep.

It dumbfounded my students, many of whom were working class—stevedores, or children of sari-sari store owners or cook’s helpers and one pretty starlet, all of whom couldn’t care less about Hiawatha. Also, I felt the kids in night class (no, they were adults!) were just dreaming of the sinigang they would eat when they got home.

I also applied the Belgian education I had imbibed. “Stand up when called to recite. Say ‘Good Morning’ or ‘Good Afternoon.’ Also, ‘May I go out?’ for permission to visit the lavatory.”

They looked at me as if I were an alien. Consuelo and I drowned our frustrations in mami-siopao. During our free period we would hop on a jeepney and head straight for Ma Mon Luk on Quezon Boulevard (Quiapo) and be back in time for the next period. Forty minutes to the dot!

I loved my co-teachers Lydia Uson, Conchita and Leni Faustino, Honorata Tan, Mr. De Dios and Mr. Sawit. We were deathly afraid of Mr. Uson, who was so hotheaded about losing so much money on his school.

Once, a burly evening student who worked in the pier waited for me on a stair landing. “Miss Cordero,” he said, “I am already a father of three. Do not embarrass me by calling me when I do not know the answer. I cannot study because I have to work.” I never called on him to recite again. Also, I flunked him.

Later, I left for greener pastures—marriage. When I was pregnant, I got an SOS from St. Theresa’s to please take over a college writing class. The teacher, Mrs. Carmen Guerrero Nakpil, got mad at the nuns and had walked out. Thankfully, after the semester was over, I had a baby and could teach no more.