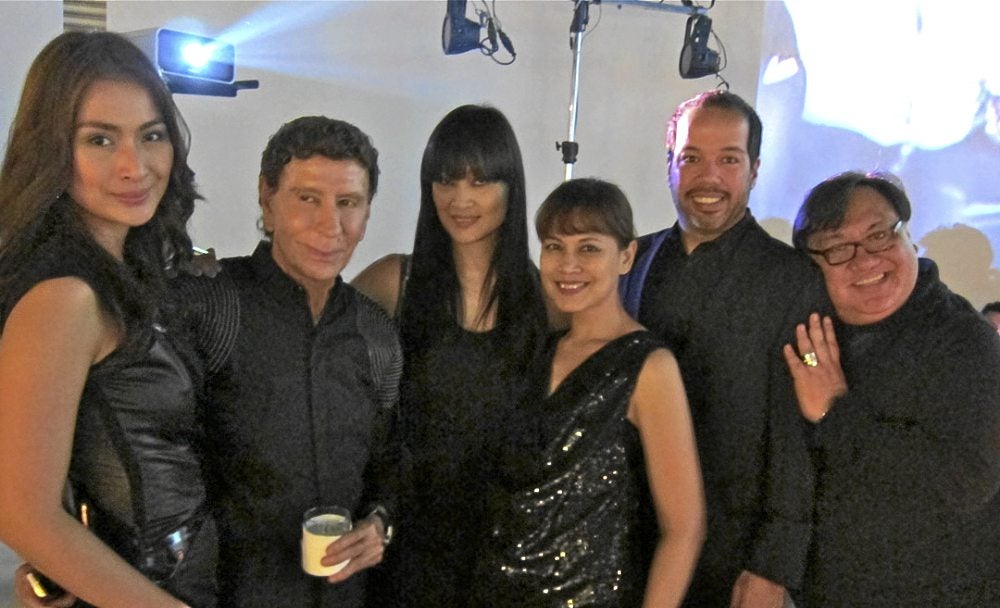 Models, TV personalities and dash of the social set came in full force as Keren Pascual blew out another candle of his exciting life, dahlings.

The Special Exhibition Hall of the newly opened Mind Museum in Fort Bonifacio, Taguig was packed with toys—yes toys—for a totally fun happening meant for “every kid-at-heart,” said the celebrator.

It was really a time to throw all our inhibitions away and bring out that playful vibe in us, palanggas, thanks to the master publicist and our Toy King of the Night, Keren, naturellement.

For the launch, there was an extra dash of cleverness—gorgeous models moving dramatically around the resto in an all-black Kimono-themed collection by designer Kim Gan of the Gakuya label.

With the beating of a gong, plates of premium-grade Japanese A5 Wagyu were laid before the guests, as well as Salmon and King Prawn Rolls, Sushi Platters, Kurobuta Gyoza and Green tea Cheesecake, from chefs Tom Hines and Ramon Antonio.

There was also an awesome range of sake cocktails, wines and beers to lighten up further the already festive mood, palanggas.

“A premium establishment founded on the premise of bringing the finest Japanese dining experience to the country, executed with chic designed interiors and set in a fabulously landscaped area, Geisha goes beyond being just a Japanese restaurant. True to the artistic connotation of all that is suggested by the restaurant’s name,” explained the tres charmant restaurateur Michael Dargani, as his attractive wife Nameeta Dargani went around entertaining the invitees endlessly, dahlings.

Once again, Coca-Cola made history, dahlings, with the massive “Coca-Cola Concert ng Bayan” to celebrate its awesome 100th year in the Philippines.

The concert drew close to 40,000 viewers at the SM Mall of Asia Concert Grounds and was shown live nationwide at SM malls in Baguio, Lucena, Cebu and Davao, streamed via coca-cola.com.ph, allowing the world to be part of this incredible energizing music festival, palanggas.

“This ‘Coca-Cola Concert ng Bayan’ is our gift to the Filipino teens whose positive spirit, refreshing creativity and passion for happiness have always been indestructible,” said Guillermo Aponte, president and general manager of Coca-Cola Philippines.

“The last 100 years would not have been a success if not for the Filipinos who made Coca-Cola part of their everyday lives.”

Some 20 bands and world-class artists performed.

The concert signaled the start of a summer filled with even bigger surprises as the 100th year celebration of Coca-Cola gets to a whole new high.

Tupperware unveiled its new campaign for 2012, “Better Lives…One at a Time,” dahlings.

“As we begin our journey toward our 20th year in the Philippines, Tupperware Brands has become a globally trusted multibrand through a campaign that truly empowers Filipinos to aspire for better lives.” said Perry Mogar, charming president and managing director of Tupperware Brands Philippines, no less, dahlings.

The company announced its partnership with World Vision and sponsoring the education of 100 children through its “Share the Love” promo.

“For every Tupperware Brands bought, the company will give a portion of the sales to the Share the Love Fund, to be donated to World Vision,” said World Vision associate director for public engagement Jun Godornes. “Tupperware has raised funds supporting 58 kids and “urges our customers to support the remaining 42 through this promo.”

Après the launch, palanggas, the Mandaluyong Children’s Choir gave an awesome rendition of “Bawat Bata.” There was also a brilliant performance by theater child wonder Anton Posadas from “The Sound of Music” production at Resorts World.

Here’s to another fruitful year for Tupperware Brands. We commend it for its commitment in making a positive difference in the lives of Filipinos, palanggas!