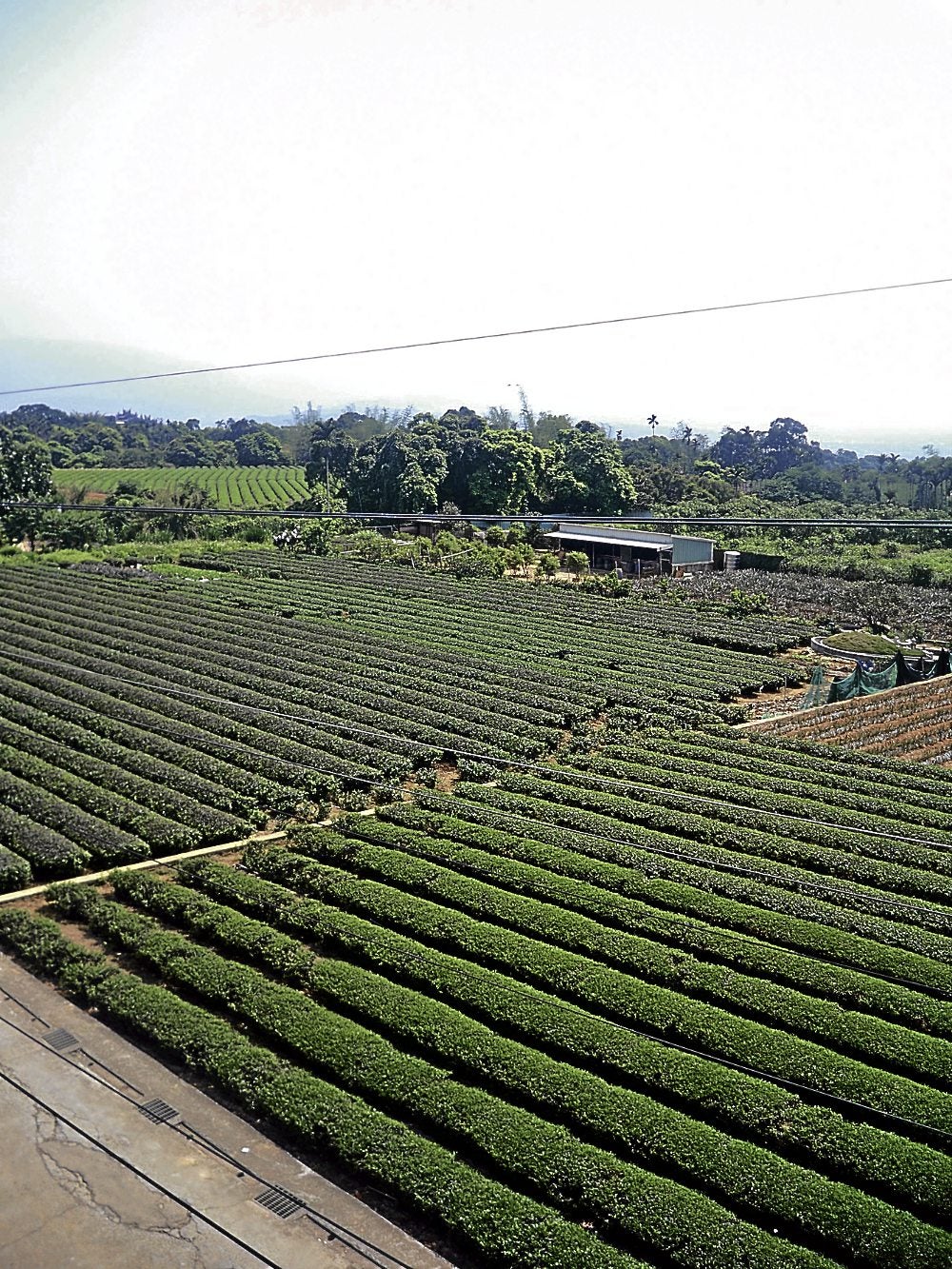 How Taipei’s Chatime came to Manila

Is it just a fad or is it here to stay?

Whatever it is, the bubble milk tea business is raking in big bucks, and Chatime intends to prove that it’s not just a fad, but something that will last.

“Before, you only drank tea like twice or thrice a week,” said Henry Wang, president of Chatime, the bubble milk tea chain from Taiwan. “Now, we want to show that drinking tea regularly is good for your health. It should be a special treat every day.”

“It’s more of a trend now than a fad,” said Johnlu, who’s also The French Baker founder. “Consumers are always on the lookout for ‘halfway’ houses where they can while away time to meet up with friends, organize their activities or finish up on some paperwork. Chatime can customize to individual tastes and preferences. Its tea lounge concept is also an affordable alternative to pricey coffee shops.”

Wang, under his mother company La Kaffa Coffee, started Chatime in 2005 in Hsinchu, Taiwan, where a lot of milk tea brands were already competing against each other. But Wang attempted to modernize the traditional tea culture by producing high-tech tea machines to make consistent-quality fresh teas and a variety of tea flavors, fruit essences and toppings.

Wang also didn’t stop at being known locally. He dreamt big: to be number one internationally in the bubble tea industry.

There are several bubble tea brands in Taiwan but, according to Wang, they still use the traditional way of brewing teas by humans, not machines. “If you use the human way to brew tea, there are two things you can’t control: first is quality; second, the danger of handling hot water. If you use a machine, it takes care of all the dangerous issues.”

Wang’s advanced system allows the brewing of larger amounts of tea in a shorter period of time, thus offering faster service at affordable prices. Other brands brew their teas per order. The batch brewer can afford to serve several orders at the same time, while keeping its teas fresh all the time.

“Chatime is not just products; we want to sell our service, too,” said 42-year-old Wang. “Like the Japanese—they sell great service, so we want to follow that tradition and have a great product like Chatime.”

Wang added: “Our target group, 15-30 years old, is the fashion group. We want Chatime to be a fashion. We want to be known not just a drink but also a dessert, that’s why we’ve added more toppings like pearls, grass jelly, red beans and coconut jelly. We know most Filipinos like sweets, and that’s a very big market.”

Chatime, which means sunrise in Chinese, has 580 stores around the globe, with $20 million sales last year.

We were given a quick tour of the Chatime tea farm in Nantou County, Taiwan, and a short demo on how tea leaves are harvested and processed. Nearly 54 percent of teas in Taiwan are from Nantou, about three hours by bus from Taipei. Lush greenery and rows upon rows of verdant, low-rise tea plants welcome first-time guests to the tea country. Here, you discover where the company got its logo from—a leaf formation called “one heart, two leaves.”

Tea leaves are harvested (about seven times a year) in their young state for their strong flavor. Most teas come from the same species, but the process of making them into oolong, black or green tea is what accounts for their segmentation. Green tea is the fastest and most popular because it dries out within four to five hours, with no fermentation. Oolong is baked green tea with half fermentation. Black tea takes a bit longer because it’s full fermentation.

“When they spray fertilizer, they don’t pick the leaves in the next 60 days,” said Johnlu.

After harvesting, the machine-picked leaves are first left to dry for hours under the sun, then transferred to a spinning dryer until the leaves begin to wilt. Subsequently, they are put in a mill to extract the oil out of the shredded leaves and; the oil is then wiped back, in a way, onto their outer layer to bring out the rich tea essence.

The final result, after going through another spinning machine and a conveyor belt to loosen up the dried leaves, are dry, aromatic, dark tea leaves ready for packaging and later brewing.

“It’s a 24-hour tea production,” said Johnlu. “Chatime collects different blends from different suppliers to come up with its own superior blend.”

Most ingredients for Chatime Philippines are shipped from Taiwan, including the concentrates and powdered milk, pearls, cups, straws, sealers, machines and tea leaves. Perishable stuff like fresh milk and whipping cream are sourced in Manila.

Chatime Philippines is run by Johnlu and his young entrepreneur nephews. Michael is the general manager in charge of opening new stores. Elisa, Michael’s wife, handles operations and personnel, including the training of new staff, implementing new procedures, auditing the stores and handling store inquiries.

Christopher, the youngest in the group, is the finance director, taking charge of the cash flow and all money matters, particularly between the mother company and franchised stores.

Johnlu’s brother, Johnyan, deals with the logistics, deliveries and warehouse operations. Johnlu and Marilou take care of the overall marketing strategy of Chatime.

The successful business know-how behind The French Baker was what sealed the deal for the Chatime franchise.

“At first, they were not minding us because we were just e-mailing and calling them,” recalled Chris. “In the end, we just bugged them so much that the wife of Henry Wang picked up the phone and said, ‘Okay, we have lots of inquiries from the Philippines. Please tell me what you have and don’t waste my time.’”

The group sent The French Baker profile to Taiwan and got the attention of the owners. Wang visited Manila in 2010 and signed the contract.

“They chose us because they wanted a more entrepreneurial experience. At the same time, we have a Taiwanese in the family, Elisa, so it was easier to communicate,” Chris said.

Since Chatime opened in 2011, people have been queuing up to buy their favorite milk tea flavor. The best-selling drink is still the signature Chatime Pearl Milk Tea. The store prides itself on using real tea leaves in all its milk teas, as well as having the chewiest black pearls in town.

“Long queues are a good problem to have,” said Chris. “But we are also serious about making store operations more efficient. Customer is king in this business and we don’t want any unsatisfied Chatime experiences. That is also why we decided to invest in RFID (radio frequency identification) buzzers, which we give out to customers after ordering.”

The buzzers vibrate and prompt the customer when his drink is ready, so he can be free to walk around the area or chat with friends while waiting for his drink. It relieves a lot of the “counter stress” that disgruntles a lot of people, and it provides customers the convenience to move around.

Competition in the bubble tea business has sprouted left and right. But the young entrepreneurs are not worried.

“Obviously, business people are reacting to the growing trend of tea. So far, though, I still think the market has not yet been saturated. I’m sure many of our competitors are doing not bad as well,” said 24-year-old Chris.

“We are very lucky to have The French Baker as our support group and this really helped us a lot to expand at a very rapid rate,” added Michael. “We compete by way of being innovative with our products especially with the launch of our ‘Chatime Bites’ where we will soon be serving fresh baked items, sandwiches and pastries in our Chatime stores.”