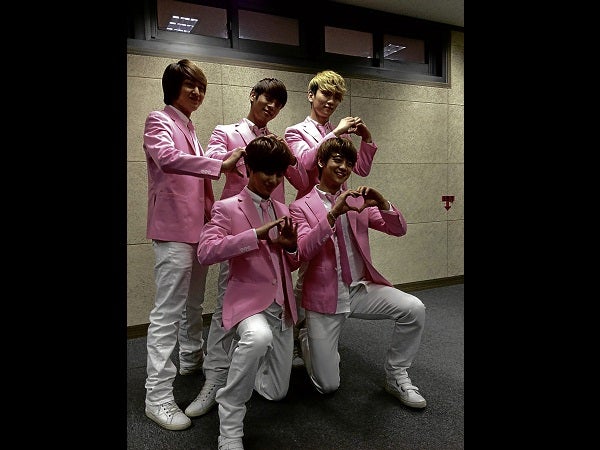 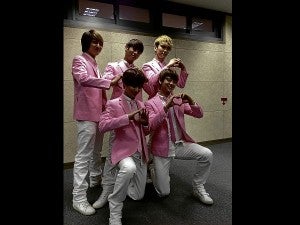 There are no missteps for K-pop performers in South Korea, onstage or off.  Each group’s image is cultivated with almost military precision, from coiffure to couture. The music and albums are never a hodgepodge of whim— concept, design and packaging are just as paramount as the music and lyrics.

In SHINee’s case, their reinvention album, entitled “Sherlock” took its five members (Onew, Jonghyun, Key, Minho & Taemin) to new territory—provocative, semi-erotic poses for the album covers, imagined hippie hipster commune group shots and a cinematic steampunk Victorian setting for the music video.  Despite two years of absence from the K-pop scene, the SHINee boys’ stellar dance skills had not dulled at all, as evidenced by the fluid steps and catchy beat of the titular single “Sherlock (Clue + Note)”, where they dance their way to solving a mystery, complete with requisite ghostly aid (played by SNSD’s Jessica Jung).

Indeed, the future is bright and shiny for the quintet. They performed last year at Abbey Road studios, becoming the first Asian performers to have done so.  Recently, the boys had also signed on to be endorsers of Korean beauty brand Etude House, along with its mainstay, Sandara Park.  In Korea, it is not uncommon for men to become beauty brand endorsers, not just because of the Korean male actor’s delicate features bordering on androgynous, but because all of them have damn great skin.

Their TV ad spots for Etude House’s new lipstick line were really short films dubbed as “web dramas” by the brand.  The web dramas were a riff of popular Japanese anime “Death Note.” but with a sweeter outcome:  Kiss Note, where Sandara would write the name of her dream guy in a notebook using lipstick, and said dream guy would magically be compelled to kiss her—it’s every girl’s dream come true.   Apart from the lipstick, tins of tinted lip balm have been released called “Shini Star,” with each shade representing each SHINee member.  At the bottom of each tin lies a special message from each guy.

Super had the chance to go to a top secret location where SHINee and Sandara were shooting another TV ad for Etude House’s summer product, Precious Mineral Sun BB Cream.  We were brought to a sports complex an hour away from Seoul, where they were filming.  It was bitingly cold, but SHINee and Sandara seemed unfazed, clad in matching cotton-candy pink suits.

They had nothing but good words for each other.  When asked how it felt having to kiss each other for Kiss Note (Sandara had to kiss each member for each web drama installment, with the exception of Onew), the boys thanked Sandara for helping to ease them into the mood.  “It was not our first kiss, but we thank Sandara for making things comfortable despite the awkwardness of the situation.”  Sandara meanwhile, demurred when asked who was the better kisser. “Fake lang, pero siyempre kinilig pa rin ako,” Sandara answered in Filipino, proving her still excellent command of the language.  Of the four web dramas she appeared in, she loved all of it, but considered the one with Minho to be memorable, “Yun yung romantic na episode!” she adds.  She even professes to be a fan of their music, having loved their first song, “Parang sinasabi lang nila ‘Ang ganda mo … ate,’” she laughs.  SHINee’s first song entitled, “Noona Neomu Yeppeo” is a song waxing poetic about a pretty noona, a term referring to an older sister, or ate in our vernacular, cementing the group’s popularity amongst noonas and ates everywhere.

During a break from filming, SHINee stopped by to talk to us about training and future plans.  We had to ask them first though what the secret to their amazing skin was.  “We drink lots of water and make sure to cleanse just before bedtime,” they replied.  They also stress the importance of getting enough rest, even though their days are packed with training.  “We spend nearly half of each day practicing and preparing for this (Sherlock).  The moves were very difficult and challenging, and we’ll always remember the long and difficult practice sessions!” they said.  The choreography for Sherlock was done by Tony Testa who has done choreography and dance for the likes of Janet Jackson, Britney Spears, Kylie Minogue and Beyonce.

SHINee is currently preparing for an arena tour in Japan spanning seven cities and 20 performances.  They also hope to return to the Philippines and have a concert, too.  “Our last visit was memorable because of the love of our fans.  We hope to visit again soon and share songs from our latest album.”

How much do you love SHINee?  E-mail Super at [email protected] and you could win a signed copy of SHINee’s new album, “Sherlock” with special photo booklets.