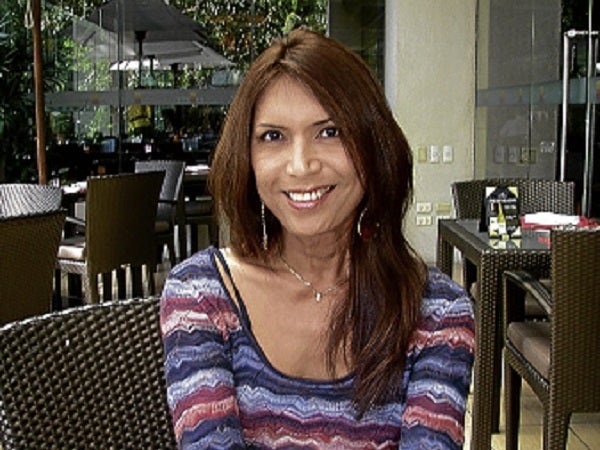 Finally, a woman: A transgender’s story

Wrapped up in the trimmings of a man was a phoenix waiting to be reborn—a woman waiting to give love, and be loved.

I met with a dear old friend who was visiting the country, now every inch a real lady, and happily married. Classified by society as a transvestite, “Ramona” gamely talks about her life, her heart song, and what she calls “the best money I’ve ever spent.”

When did you finally decide that you had enough of being a woman trapped in a man’s body?

It took me four years to think about the procedure before I had it done in 1992 in Bangkok. That was 20 years ago.  It seems like only yesterday. There was no one to stop me, not even my family, from pushing through, because it was my mindset that was important. I was 39 years old, the technology then and now is still the same, with maybe a few minor improvements. I also thought I had my operation done a little too late for my age.

Why did you do it? What did you feel was lacking?

I wanted to be a complete woman physically, spiritually and mentally—the whole package. I felt that being gay was not enough for me.  I could not offer what a woman can give a man—it was impossible.  Even in the gay community here, I felt like I did not belong. I like them, we get along very well, but the scene was not really mine. I was not sexually attracted to gays, although there are many good-looking gays out there.  I wanted to be a woman.  I was not happy.

Did you tell your parents and your family about your sex change?

I didn’t tell my parents, and they were very old. Now that they’re gone, maybe they do know.

You mean to tell me they never knew that they had a new daughter?

I kept it from them for five or six years before they died. Later on I decided to write my sister, and thankfully everyone was supportive. They told me, if I was happy, they’re happy. There used to be two boys and one girl among us siblings; now we are two girls and one boy! Before I left for Bangkok my nieces would call me tito; years later it became tita—no problem!

What is your maintenance regimen for taking care of your body, and your new self down there?

For maintenance, I take hormone pills for the hair and skin; for the organ, I was advised to have regular intercourse, and of course, douching, because it is important to stretch it every so often. Right after my operation, I had a glass object left temporarily inside for the wound to retain the shape of the canal.  My doctor advised me, however, to get a boyfriend, and I did. Yes, I do have a clitoris. I also experience the same sexual joys women have.

It is not castration. The doctor recreates the material that is available.

What about the red flag? Do you have red flag days? Do you keep napkins in the bathroom cabinet?

I do not need tampons.

Have you had a hard time looking for a man since the procedure?

Since the operation, I’ve had four boyfriends, all of them not Filipino. Normally I don’t tell them that I used to be a man, but eventually I learned to. I wanted to be honest with them. So far, only five percent have politely refused me. I have a husband now, and he didn’t know I was a man before.  He was separated from his wife and children. I eventually told him about my past, before we lived in. He eventually proposed, and we got married. We’re legally married, as man and wife. We’ve been together for 17 years.  He is straight, not bisexual or gay. What’s wonderful is that he incredibly accepts me for who I am.

Seventeen years married is long by today’s standards. Any complaints?

None. If ever, he just works so hard, although I really can’t complain because he is a good provider. I never dreamt of being a mother. We could always adopt if we wanted to have children, although motherhood was never in my thoughts.  I’m glad I do not have to experience labor pains. No labor pains and no red flag days. It’s a perfect world.

How can you genuinely satisfy your husband, having said that he is straight and not even  bisexual?

What gender does it say in your Filipino passport? Male? Female? I guess it does not say transsexual or transgender?

There are no laws that exist in the Philippines that protect transsexuals or transgenders. That is how backwards our country is on many issues. Science moves at such a rapid pace that new laws have to be made. I can strip in front of Congress and the Senate, and they will all immediately agree I am a complete woman. I hope I’ll be invited by them one day.  I see no reason why a law should not be passed that one can change the gender description one was born with after a sex change. Once they see me naked, a new law will be passed overnight. Ladlad should also keep on lobbying for our rights, aside from the good work they have been doing.

Times have really changed. Take a look at the Miss Universe contest, they have allowed a transgender representing Canada to participate despite her past history. I personally believe that if there is to be sexual equality among us all, the word “gender” should be scratched out from all application forms. Women should understand our situation; after all, they fought for sexual equality in the ’60s. Sexual equality should be for everyone. Not selective.

When you travel, which line do you join for the body search?

I always go to the line for women, just like whenever I have to go to a public restroom.

How much did it cost in those days to get surgery?

I was working in clubs as a singer;  my colleagues who were already transgenders would say to me in their thick Thai accents, “Opelate! Opelate!” which really meant operate. One of them was so excited, she paid for my operation in advance, which at the time cost 5,000 Swiss Francs.

Regrets? Not at all! I even won first runner-up and Miss Photogenic at the Mrs. Philippines Europe 2011, an all-women pageant in Essen held last June in Bottrop. Haba ng hair, no?

After my operation, the physical pain from the operation lasted two weeks and was difficult to bear, but I don’t recall any emotional or psychological trauma. Even if I was in constant healing pain, I felt so free and happy. I really have no regrets.

Did you ever get bashed or beaten up when you dressed as a woman before your operation?

No. Before and after my operation, I would tell the men who I really am.  I let the men know before we get intimately involved. Now, it’s very different.  The male mentality in Europe has totally evolved. There is no need to tell them beforehand about my past, as long, as to their eyes and mind and touch, I am a woman.

Do you ever get hurt when rejected?

No. Let me tell you a story.  I met this handsome man before I had my operation, and he was making a pass at me. I told him that I was not a woman. He told me to immediately call or contact him after I get an operation.  I am always honest with them, unlike so many people I know who had a nose job done and insist they were born with it.

Do you think God has gotten angry at you?

No, I think you need to be happy with yourself first, you know. I think to be truly happy, it should start with yourself, and people then will love you for who you are. I was not happy as a man. Now I am very happy as a woman. We are all children of a god who wants each one of us to be happy.

How do you plan to grow old?

I haven’t thought about that. Let us see how things go from here. A cougar? With young wild pumas! (Laughter).