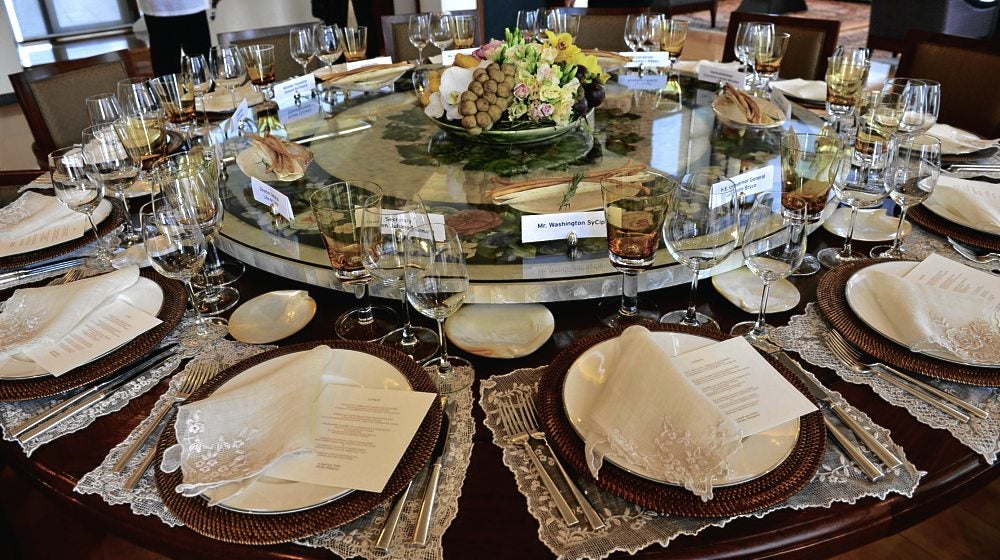 Finance Secretary Cesar Purisima believes one of the best ways to show the rich culture and generosity of the Philippines is by inviting foreign guests to a Pinoy home and serving them true-blue Pinoy food and entertainment.

“We want our guests to get a grasp of why Filipinos are known for their hospitality,” Purisima said during a visit to the Inquirer office last week. “We want them to experience the true warmth of our country. Yes, it was my idea to hold a special dinner to be hosted by Filipino families, though I must admit I copied this idea from one of the Apec (Asia-Pacific Economic Cooperation) meetings I attended in the past.”

Purisima is talking about the special dinner for finance ministers and their respective delegations as part of the 45th Asian Development Bank Annual Board of Governors Meeting to be held on May 2-5.

The ADB Meeting gathers finance and economic planning ministers, key policymakers, the multilateral development community, investment bankers, business leaders and civil society representatives from more than 67 countries, including the United States of America, United Kingdom, Sweden, Singapore, Australia, Portugal, Korea, Japan, India and Thailand, among others, to tackle progress and expansion challenges and prospects in Asia and the Pacific.

The Philippines is the host country for this year and the committee tasked to plan for this international event is headed by Purisima. The event is an opportunity to showcase Filipino geniality, as well as the culture, art and cuisine of the country.

Nine prominent Filipino families, who are also pillars of Philippine business, enterprise and culture, have been chosen to host a dinner simultaneously in their respective homes on May 3.

Each host family will open their homes to about eight to nine heads of delegation, including their spouses.

“We’ve requested Washington SyCip to create the list of families and talk to them about the dinner,” said Purisima. “We are spreading ourselves for these dinners and a Cabinet member will also join the dinner guests.”

“Just one phone call and they readily said yes,” said De Leon. “It’s so nice of them to accommodate us. They saw the value and importance in hosting the delegates.”

The committee has also set out a guideline to make the dinner smooth and easy.

“No entertainment, no souvenirs,” she said, meaning no more cultural presentation since some cultural programs have been prepared for the meet.

“We don’t want each family to outdo each other,” said De Leon. “But, we encourage them to also invite other guests so that the interaction is not just between the host family and the governors, but also with other Filipinos like businessmen.”

“We want the foreign delegates to capture and understand what the country is doing for the business and the private sectors. They’ve heard of what the Philippines is, and we want them to see for themselves the changes and reforms happening in the country, especially under the new government,” De Leon said.

De Leon provided some of the who’s who in the financial world expected to attend the said dinner. They include:

Douglas Peterson, a seasoned executive with more than 25 years of global experience in financial services, risk management and capital markets. He was recently appointed president of credit-rating agency Standard & Poor’s and is a former chief operating officer of Citibank North America.

Marissa Lago, United States Department of Treasury’s assistant secretary for International Markets and Development. She is responsible for the Treasury’s role on the Committee on Foreign Investment in the US.

Hugette Labelle, chair of Transparency International, also a member of the Board of the UN Global Compact and member of the Group of External Advisors on the World Bank Governance and Anti-corruption Strategy.

François Bourguignon, director at the Paris School of Economics and the former first vice president and chief economist of the World Bank.

Akihiko Tanaka, the newly appointed president of the Japan International Cooperation Agency. He was a Japanese member of the East Asia Vision Group, an advisory panel for the Asean+3 summits.

Dr. Hoesung Lee, the vice chair of the Intergovernmental Panel on Climate Change, dean of the College of the Environment, Keimyung University (Korea) and the former president of Korea Energy Economic Institute.