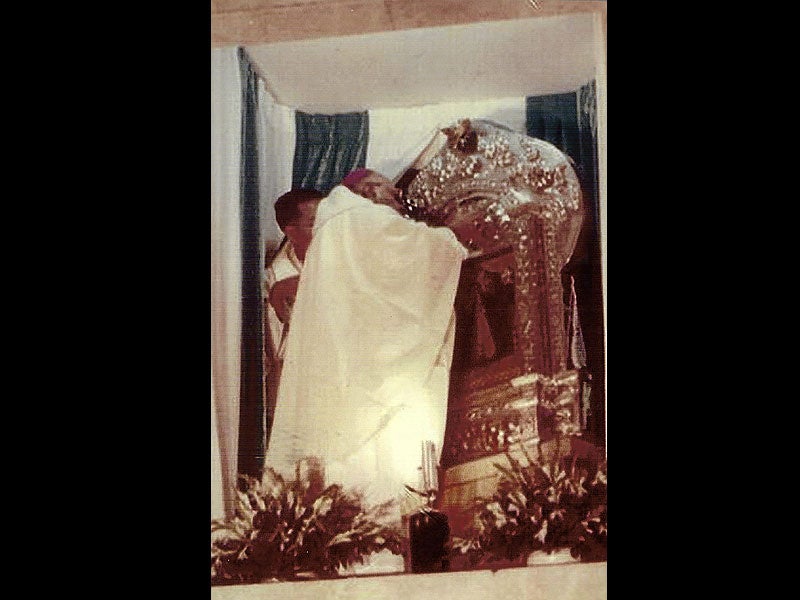 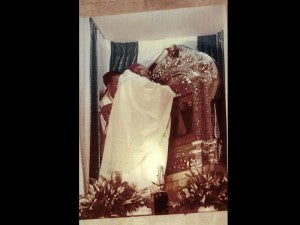 San Roque Church in Cavite City is being reconstructed. The roof at least has been finished in time for the fiesta of Our Lady of Soledad on November 13 and 20.

The reconstruction has been pushed by Fr. Cezar Reyes Jr., parish priest, and Remigio “Boy” David, the hermano mayor this year. A native of Cavite City, David grew up praying to Our Lady of Soledad, participating in her processions and fiestas.

Those who wish to help can deposit their donations to San Roque Parish with savings account 1273-1642-74 at Bank of the Philippine Islands (Caridad, Cavite City branch). Signatories of the bank account are Fr. Cezar Reyes Jr., Teresa Gonzales and José Llacuna.

The program of activities:

History of the devotion 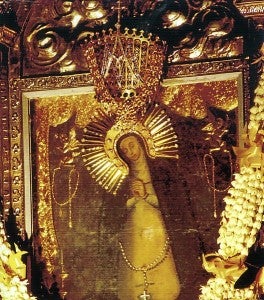 Fr. Virgilio Saenz Mendoza, parish priest of the Immaculate Conception of Naic, tells the history of the devotion to the Soledad.

“Tradition tells us that one stormy night centuries ago, while a Spanish sentinel kept watch at his garita (sentry post) on the isthmus of Rosario, a dazzling apparition rose from the turbulent waters of Cañacao Bay (where the city hall stands today). Startled and alarmed, suspecting that it could be Moslem pirates, the sentinel shouted ‘Alto! Alto!’ as the light flowed toward him.  The figure asked him instead why he had not recognized Maria, and told him to let her  pass. The guard was awed and humbly knelt before the Lady.

“The morning after, a framed painting of La Virgen de la Soledad was found lying on the shore, close to the spot where the Virgin had appeared the night before.  An inscription was found at the back of the painting: ‘A doze de Abril 1692 ailos Juan de Oliba puso esta Stma. Ymagen Haqui,’ which means ‘This sacred image was placed here by Juan de Oliba on April 12, 1692.’”

The late Antonio Nazareno mounted the Tricentennial Celebration of the devotion to Soledad de Porta Vaga on April 12-18, 1992.

The order is tasked to take care of sick and elderly priests. Fr. Marzo told me he and his seminarians are looking for a house since they have to give up their old residence in Quezon City. To help, please text Fr. Marzo at 0939-5738047.

Reminder to devotees of Our Lady of Piat: Fiesta Mass on July 9, 9 a.m., at Sto. Domingo Church.

By the way, the new rector and parish priest of Basilica Minore de Piat is Msgr. Othello Bartolome.