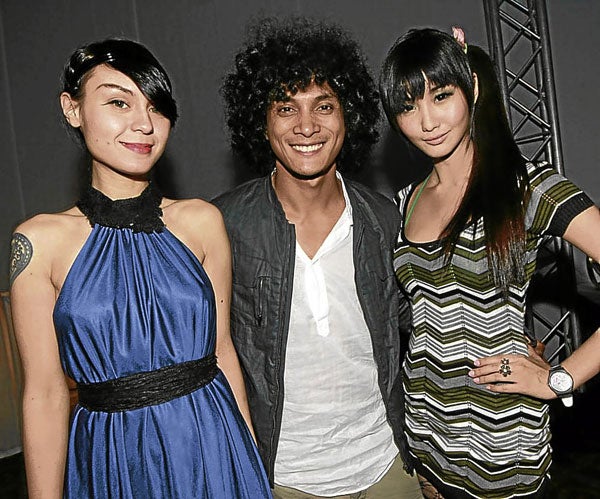 APRÈS 25 silver years, SM Supermarket has never been more dazzling. It marked the milestone by formally opening its latest baby at the SM Megamall—all of 4,900 square meters!

In the new supermarket, the fresh section takes center stage. It’s a garden of colors and freshness, providing a wide array of fruits and vegetables one needs for a healthy life.

One should also take note of the new supermarket’s gourmet section, with its awesome selection of cheeses, sausages and other deli items. 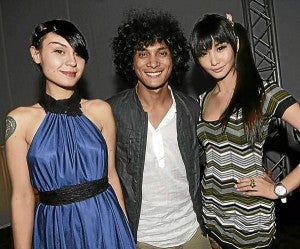 Globe Tattoo’s newest face is handsome Filipino-Swiss racer Marlon Stockinger, who at 19 has already won awards from a Formula race in Europe. In fact, he’s in the ninth round of the Michelin Formula Renault UK 2010, finishing eighth in the series.

“All the sacrifices I have made to pursue my passion has led to this make-or-break point, and there’s no turning back,” Marlon said. “Now I want to show the world that Filipinos can stand out and make their mark in the international racing arena.”

More info about the new Globe Tattoo at http://tattoo.globe.com.ph/

Shangri-La Makati’s Rizal Ballroom was packed elbow to elbow with invitees for the hotel’s launching of its to-die-for food, wine and chilled bubbly, during the grand cocktail extravaganza of the hotel’s new banquet menu, dahlings.

Welcoming my soul mate, Vicky Zubiri, and moi personally was the always trés charmant and dapper Reto Klauser, Makati Shangri-La’s area manager and GM, who made the chi-chi introduction for what was definitely the foodie happening of the month! 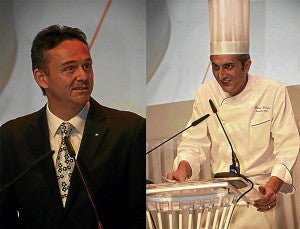 strious Franco Brodini, the hotel’s executive chef, and the beautiful Taryn Paynor-de Belen, Makati Shangri-La’s director of events, talked about “the bold new concept of the banquet menus,” my jaw dropped when dancers pulled the drapes and I saw this awesome and endless row of food and sinful desserts.

I made toasts with the Shangri-La Hotels and Resorts’ VP for sales and marketing Peggy Angeles and Lifestyle Asia’s editor in chief Anna Sobrepeña, who made us green with envy about her last cruise to the Baltic.

Had a short chat with Reto about Shang’s successful launch, dahlings, and his excitement was contagious. “We are committed in pioneering for our guests an extraordinary banquet experience, and we tirelessly find ways in surpassing ourselves to achieve offerings that go beyond our guest’s expectation,” said Reto. “This is fueled by pure passion.”

The superstar of the show from the 11 different dishes by chef Franco was the to-die for risotto, perfectly done al dente, with mushroom and slivers of black and white truffles. It was so good I had three servings!

The foie gras station served a wide selection, which included foie gras soup and foie gras pralines, would you believe?

The food trip finally ended with cool sorbet, plus macarons. So French, so chic, dahlings.

In the June 17 column, Gus Oledan should have been Gus Ojeda. My apologies.