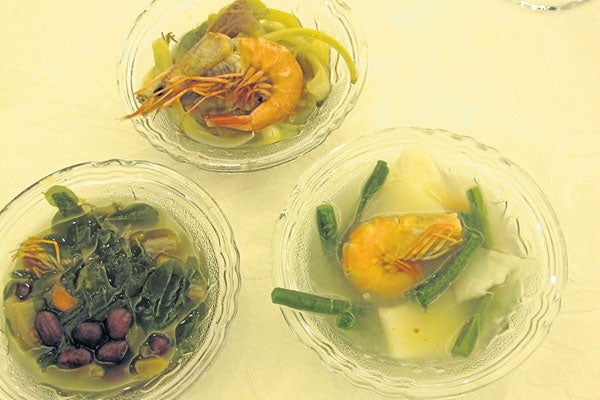 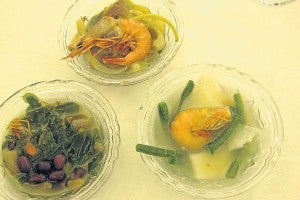 For years, when my family spent summers and All Saints’ and All Souls’ holidays in my father’s hometown, Bauang in La Union, the first order of each day was to hit the beach. We were confined to that area, breathing in the sea air and getting as much swim time as we were allowed for the too-few days before going back for that long eight-hour trek home.

But our most recent visit was different because the first agenda was to hit the table.

Mary Jane Ortega, former mayor of San Fernando City and wife of La Union Congressman Victor Ortega, had a long table ready for this sort of family homecoming. It would take weeks after to trace the connection between our two families. It was always hinted, however, and though my siblings and I were curious, we never bothered to ask my late father.

But this trip was not only about rediscovering family, but also getting to know more about our home province.

Mary Jane, our indefatigable host, knew that I write about food and she was ready for sidebars on each dish, even having the persons who cooked them dine with us.

Dishes were a combination of traditional Ilocano, the family recipes, and what can be found in the city market that was right across the street from the Ortega house.

There was kilawing kambing (goat skin and meat mixed with seasoned vinegar); eggplant salad with the risqué name (to non-Ilocanos) of poque-poque; and the quintessential vegetable stew called dinendeng, which I was glad to see included malunggay pods (moringa oleifera, drumstick), not always known to be edible outside of Ilocos.

Of course, there had to be seaweeds, the grape-like ar-arosep known as lato in the Visayas.

It was my first time to know that grilled pork, suggested to be the lean cut, is called pulpog in this area, served with pig’s blood sautéed with ginger and garlic.

Even if it was hot that day, the soup of oysters with sotanghon was a great welcome. The kare-kare was done perfectly, but Manang Suping’s bagoong alamang (arming, shrimp paste) made it even better. My father told me that at his family’s general store, they made the bagoong they sold there.

Crabs and shrimps are expected, almost always available in the market across the house. It was done in the simplest way, steamed, a good way.

But the market that day had more. There was the rare lobster, and then what Mary Jane called gindara, the Japanese name for cod. It appears once in a while, she said, escaping from the cold waters. Both were fried, made even better when taken dipped in sukang Iloko, the dark local vinegar made of sugar cane. That drew raves from the table.

That cod can be found in tropical waters is difficult to believe. Some fisheries experts in the United States say that it is another specie called escolar. It has the same oily quality of meat, looks like cod, but eating too much of it isn’t good for you because you’d have to expel all that oil. Nevertheless, cod or not, it was a hit.

What better dessert than mangoes harvested in the peak of summer season? La Union has the necessary hot and dry climate, like Zambales and Pangasinan, that produce the best mangoes.

And then we had a taste of our first kakanin (rice cake), tupig made of a batter of glutinous rice flour, coconut milk, sugar and panocha (jiggery), wrapped in wilted banana leaves then roasted over charcoal.

At the lunch table was Denny Ortega, wife of Gov. Manuel Ortega, whose project is the cooking competition of the La Union Vibrant Women Inc. (LUVWI).

We tasted the competition entries at a dinner in the provincial capital. There were three dinendeng winners—one made with mani (peanut), another of malunggay, and the third of buko (young coconut)—all so good and quite creative.

One of the winning dishes was a soup made with dried espada (a variety of swordfish), gulaman (agar-agar, gurguroman), shredded coconut, milk and dried malunggay.

Mary Jane also had for us chicharon, a specialty of the family of Daisy Sayangda-Olivar, Mayor of Santol. It isn’t what one can call chicharon if you look at it, because the deep-friend pork rind has a coating of what looks like ketchup. Even with that, the chicharon is crispy and a bit sweetish.

Those were just part of our rediscovery of La Union. We ate the San Fernando version of halo-halo, a play but in a good way of Ilocano food such as bagnet kare-kare, the cleanest chicharon bulaklak, bibingka of Luna town, and Mediterranean cooking at Thunderbird resort. Those deserve another column.