Dance me to the end of love | Inquirer Lifestyle 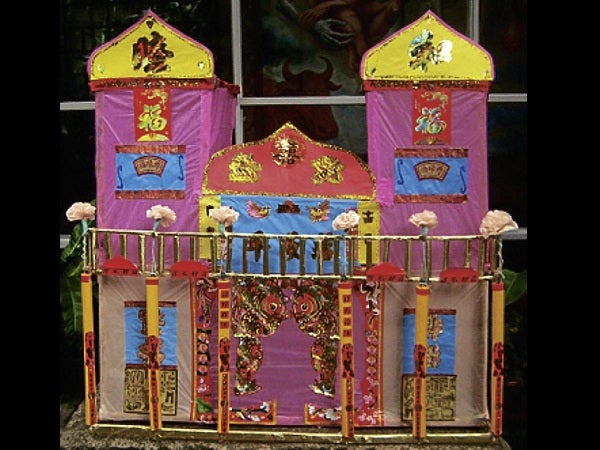 Dance me to the end of love

Rehearse death. To say this is to tell a person to rehearse his freedom. A person who has learned how to die has unlearned how to be a slave.—Seneca

Those must have been ghoulish days when all I had on my mind was my wake. Not because I wanted to control it with instructions like what glamour pictures to display or where to stash my ashes, for later dispersal on mountaintop or sea, etc.

The kids did a pretty good job with their father—a tasteful and proper wake, complete with choir and catering. I was pretty sure they’d do the same by me—if I didn’t subvert the whole business. It would be a major freak-out for my sons if I told them what I really thought was a great wake. They would find it a terrible embarrassment to carry out. That’s how I decided to hold my wake now, while I was still alive. Besides, I wanted to enjoy it!

“You just want to hear what nice things your friends will say about you,” said a sweet friend.  On the contrary! What I really wanted to hear was what they didn’t like about me, so I could still remedy it while there was time.

What triggered the living wake was a CD of Marianne Faithful that my BFF Manny had sent. It was after her voice had become raspy from cigarettes, booze and drugs, when she reinvented herself as a raunchy, down-at-heels, drunken singer—to great success! The first song was “Oh Moon of Alabama, we now must say goodbye/ we’ve lost our good old mama/ and must find whiskey or we must die!” Just down my alley!

But, first, I wanted a paper house mansion that you find in Chinese wakes. I’ve always wanted to own one, dead or alive, and here was an excuse for it. It is a bamboo and lantern paper structure about the length of a dining table. The walls are either red and yellow, bright pink and aqua, or peach and turquoise with lots of gold foil decorations. The more elaborate ones have balconies, turrets and columns, with accompanying paper sedan chair with handles or sports car and plane, Chinese angels and servants—all the things relatives wished for the dead to have in the next life. They were to be burned afterwards.

I called on my only possible collaborator for such weird undertakings, my daughter Wendy. We set out to look for a “mansion” maker and found one on Araneta Avenue near Funeraria Paz. There we saw the making of it in a bodega. Price for one piece—P11,000! Wendy and I looked at each other and she said, “Let’s just make one!”

Straightway we went to Ongpin, and Wendy scoured the whole street for Chinese ampaw or gift money envelopes, plus all kinds of Good Luck cards from which the gold designs could be cut out and pasted on the “house.” The cards were not for the dead but for the living to burn like birthday candles. Soon Wendy’s paper house was constructed and standing on our dining table in all its kitschy glory.

It was easy to pick out 10 shock-proof friends, mostly crème de la crème of theater and art. No one had any hesitation about coming, unlike if it were an awarding or a normal party. Ha! Did they relish me dead?

Each one took to heart the three-minute presentation I requested. Mariel Francisco opened the program with an invocation of the vowel sounds A E I O U in connection with the creation of the world. Gino Gonzalez segued to an “alay” of a lipsticked skull and a wreath of bathroom scrubbers with a ribbon saying: “Dead na si Lola.  Paano na ang mga naulilang bakla?”

Wendy brought a basket of monay shaped like animals—crocodiles, turtle, crab and lechon, for distribution.  Nonon Padilla played Cuban music and directed the sequence of the wake procession—family first, followed by friends: the matronics, the crying ladies and then the gays.

Bob Feleo donated a tall floor lamp of printed paper for burning, but it was too beautiful so I saved it. Mariel Francisco danced a mean Sulu pangalay to the tune of Leonard Cohen’s “Dance Me to the End of Love.”  Manny Chaves played the eerie music of his favorite Icelandic singer Bjork all through the ihaw-ihaw dinner.

After the meal, there were virtual fireworks. Jose Estrella played a disc she had a former student make. It was the song and guitar rendition of a lewd and rollicking Pinoy folk tale I had once recounted to her.  Then Rody Vera sang the Tagalog version of “Barbara’s Song” from Brecht’s “The Threepenny Opera,” to much applause.

Eric de Guia was vintage Kidlat Tahimik in bahag, reprising a skit he did in Japan but adapted to the “wake.” Thankfully, Lyvia Martinez rounded off the evening with two Balinese woven palm offerings and a quieting meditation. Each one had to light an incense stick to put in the centerpiece. It gave the night a spiritual flavor, after all.  The closing ritual was the burning of all the Chinese favors, good luck cards and paper money in two flowerpots in the indoor garden.

A happy time, I think, was had by all. That night, I had a very literal dream. Many airplanes were leaving the airport.  I begged to stay a few minutes more as I was waiting for a friend (end of dream). Manny said, “Ay, walang katapusang paalam.”

As my friend Techi Velasquez always says, “If only people knew what fun old age is, how could they dread it?”