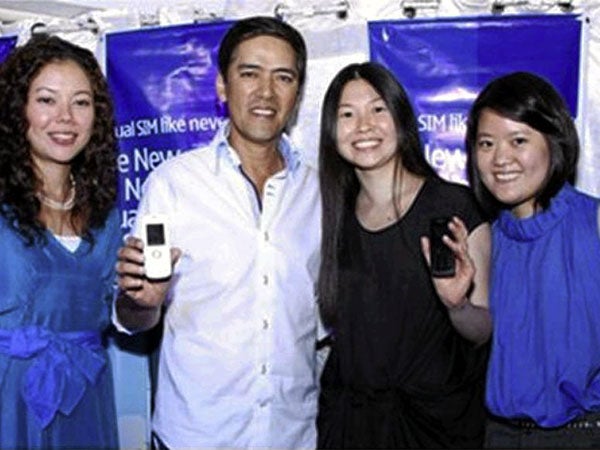 Finland’s Nokia Corp. is still the world’s largest mobile phone producer and remains the dominant brand in the Philippines, with an estimated four of five Filipinos owning a Nokia device. But such dominance is being mightily challenged.

Nokia is feeling considerable competitive pressures from all sides, as it no longer has a stranglehold on the mobile phone market. On the one hand, Apple iPhone and Research in Motion’s Blackberry are gaining considerable market share at the upper income and corporate segments of the market, and on the other are the many cheap Chinese brands eating away at its share of the mass market.

And in the highly competitive middle-income smartphone market, where the biggest profit margins and the brightest growth prospects are, Nokia has its hands full battling the aggressive Korean brands that are mercilessly barging into its territory.

Nomura of Japan has even noted, based on recent research, that Korea’s Samsung Electronics Co. Ltd. may become the world’s largest smartphone maker by the end of the second quarter, overtaking Nokia, which has led the market since 1996 with the launch of the Nokia Communicator. Nomura also projected that in the third quarter, Apple Inc. will also overtake Nokia, pushing the Finnish company to third in the rankings. And to add to Nokia’s woes, HTC is expected to match Nokia smartphone sales in 2012.

Nokia, however, is not about to lose the prosperous kingdom it has long ruled without a fight. It has secured an alliance with Microsoft Corp. and has also restructured its operations to make it more efficient and nimble enough to take advantage of opportunities that may open up in the market.

In the Philippines, it is banking on the software alliance with Microsoft Corp. that will lead to the rollout of Windows Phones, the introduction of hip, useful and affordable devices and value-added services to loyal as well as a new generation of customers, to try and keep competition outside the door.

“We are fighting with more focused product and service offerings,” says Nikka Abes, Corporate Communications Manager of Nokia Philippines. “Our portfolio of smartphone offerings is critical to our competitiveness until we can expand the addressable market of Windows Phones.”

Abes says Nokia recently launched the first of a series of updates to its Symbian Anna operating system for smartphones. Symbian Anna will come pre-loaded on new devices but will eventually be made available for downloading to previously sold compatible devices so that Nokia users can enjoy the benefits of the faster and more efficient operating system designed to maximize the many capabilities of a Nokia smartphone.

“On the services front, there are more than 175 million active Nokia services users around the world, mostly around Ovi (where Nokia users can access applications, games and files for their smartphones),” says Abes. “Ovi Maps is present in more than 100 countries and the Ovi Store now generates up to five million downloads a day.

More recently, we introduced the Nokia Browser for Series 40 designed to address the needs of consumers in emerging markets who welcome a more advanced Internet and apps experience on feature phones,” she adds.

As for devices, Abes says Nokia N8 and Nokia E7 are selling well, along with the Nokia C7 and Nokia C6-01. The Nokia E6 is the latest model available in Nokia stores. Also coming soon is the Nokia X7.

“Both new phones ship with the Symbian Anna software update. The Nokia E offers the convenience of touch and qwerty in a compact smartphone while the Nokia X7 is an entertainment smartphone for people who use mobile services on the go,” says Abes.

At the lower end of the market, Nokia offers the Nokia C3 and Nokia X2-01, which have smartphone-like capabilities since consumers can access e-mail, search the Internet and get on their favorite social networks.

“With products like these, we bring the ‘smartphone’ experience to more and more consumers to let them connect to what matters most to them, whether that be e-mail, Internet, Facebook, chat and others,” says the Nokia Corporate Communications Manager.

Nokia is also looking forward to the growth of its alliance with Microsoft Corp. “We will create a new ecosystem that opens up opportunities for developers and partners and offers new choices to consumers. Our complementary assets and strengths are the foundation of the relationship, allowing us to innovate and differentiate. Our combined services portfolio covers location, search, entertainment, social advertising and commerce,” says Abes.

Such alliance, as well as the introduction of new and convenient as well as efficient devices, should give Filipinos enough reason to stay loyal to Nokia, which has long served and led the local market, she adds.

“We’d like consumers to stay loyal to Nokia or switch back to Nokia. By launching targeted Symbian products to address market opportunities, we plan to recapture existing Symbian users and new customers who want a smartphone for specific needs.

As we start to extend our portfolio to include Windows Phone products, we will have the same opportunity to capture people coming to the end of the life of their Symbian products with an even more competitive product experience on Windows Phone,” Abes says.

Now it remains to be seen if Filipino consumers will remain loyal to the brand that they know or reach out for something new—and there are many of them out there.