What goes into a Harry Winston engagement ring | Inquirer Lifestyle 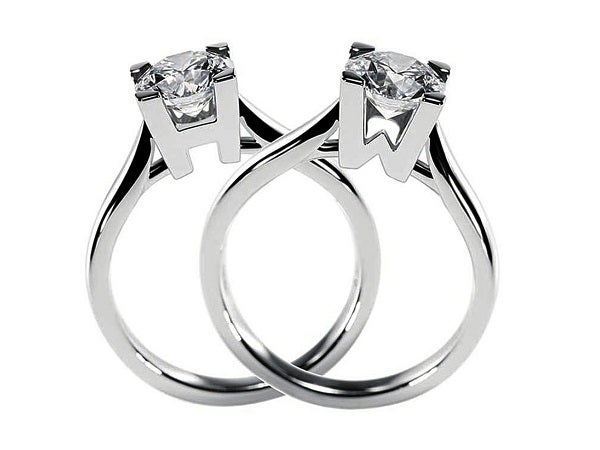 What goes into a Harry Winston engagement ring

Not every woman would go gaga over throwing her own birthday party. Like many women, party planning isn’t my cup of tea. But if there was one occasion I wouldn’t mind losing sleep over, it would be my wedding.

Every bride wants to take charge of her wedding, even if it means over-ruling her mother-in-law-to-be or husband-to-be. Thankfully, not many grooms-to-be put up a fight.

It starts with the engagement—specifically the right engagement ring.

Going beyond the four C’s

As the late Harry Winston once said, “A good diamond, however small, is a possession to be prized for generations.”

Though engagement rings form half of the overall Harry Winston business, the legendary fine jewelry house, which opened in 1932, emphasizes quality, not quantity—it makes only 1,500 rings each year for the world market.

Before a diamond can become a Harry Winston diamond, it must pass strict quality assurance criteria that go far beyond the four C’s: carat weight, clarity, color and cut.

Instead of coming out of an assembly line, each diamond ring is handcrafted carefully, one piece at a time and takes two to three months to make. Most diamond rings on the market are made following a one- or two-step technique called casting.

The meticulous process begins with a wax layout of the gemstones. Then jewelers, using a jeweler’s saw, create bezels (platinum settings to hold the gemstones).  Before the bezels are soldered, they are set in wax and the diamonds are placed in them for aesthetic review. They are then filed by the jeweler.

The center stone will then be held into the bezel with Harry Winston’s signature split prong platinum wire claws, which allow the diamond to be held securely in place with the use of only minimal metal. This maximizes the stone’s brilliance.

The painstaking task continues until finally, the wires are individually filed to produce the claw-shaped prongs, which are a Harry Winston trademark.

The ring is polished and inspected to ensure its durability.

Harry Winston gives utmost importance to the diamond; each ring is custom-made for a specific diamond.

Each diamond, selected from the best-quality grades available, comes with a certificate from the Gemological Institute of America (GIA), and is reviewed and graded a second time by Harry Winston’s in-house team of expert gemologists. The GIA provides an objective verification of the diamond’s quality based on the four C’s.

Bestsellers from the House’s bridal collection include the round and emerald-cut classic rings, both with tapered baguette side stones, and “The One” micropavé ring with cushion-cut center stone.

The House’s diamond-driven style is what gives its jewelry lasting aesthetic and transforms fine jewelry into fine art.

One such diamond that caused quite a stir was the iconic Hope Diamond, which Mr. Winston donated to the Smithsonian Institution in Washington, DC—a gift to the world.

The 45.52-carat blue diamond, which was discovered in India’s Kollur Mine in the mid-1600s, had a long list of distinguished owners, including Louis XIV and Marie Antoinette.

Harry Winston also revolutionized modern red-carpet glamour—as early as 1943, it loaned diamonds to an actress for the Academy Awards, the first jeweler to do so. From then on, Harry Winston diamonds have been providing the glitter on Hollywood leading ladies walking down the red carpet.

From the legacy of the Hope Diamond to the sparkle of the red carpet, Harry Winston creates diamond rings that are meant to last—like one’s nuptial bliss.