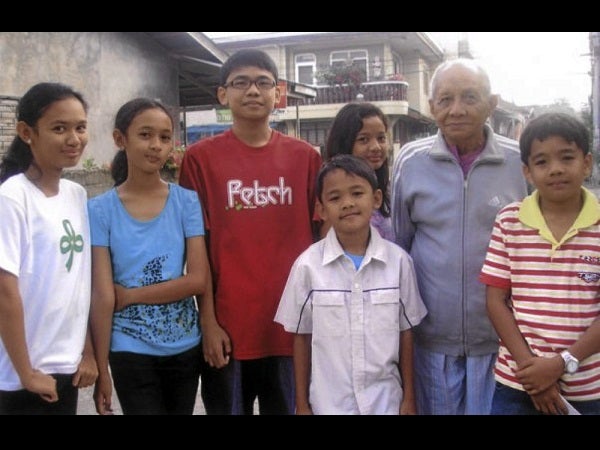 At 89, my father, Gregorio Frias Eroa, never fails to amaze. He remains cool and unflappable despite the ravages of time.

Though his memory isn’t as sharp as before, Mang Greg, or Tiyo Gorio as his friends and relatives call him, never misses a beat when it comes to finances.

To the consternation of my sister and guidance counselor Maricris, my father, wearing his trademark sports cap, spotless T-shirt and shorts, never fails to go to the bank to withdraw his monthly pension from the Veterans Administration. He also knows the exact date of the GSIS pension of my mother. He keeps himself updated on his bank accounts.

The driver, whom he hired to man his tricycle, must also beware. My father will wait forever for his share of the day’s earnings.

“I get nervous every time he’s going to check on his pension. Not even bad weather can prevent him from visiting his favorite ATM,” said my sister, afraid that “unscrupulous persons” may prey on her dad.

My father isn’t a burden financially to us. Though not a businessman, he handles his finances very well. He uses his own money for medical checkup, which is a must since he lost his right kidney two years ago; he’s also hard of hearing and has poor eyesight. He was also a victim of a hit-and-run by a lady driver but survived the accident with only few bruises.

But through it all, he never gets mad.

His daily routine? On schooldays, he prepares baon for his grandchildren.

After breakfast, he mingles with his driver-friends at the street corner, unmindful of the hustle and the bustle around him. No one connects better as he rides his trusty bike around the neighborhood.

He religiously watches the evening news to catch up on the latest happenings in and around the country.

I used to think that his demeanor could be attributed to his military upbringing. He served under the Philippine Scouts during the Japanese occupation. He took his oath as naturalized American at the US Embassy along Roxas Boulevard, but after enduring the killer-cold of New York decided to come home for good December of 1998.

Before the New York experiment, my father served as personal driver of the nationalist Lorenzo M. Tañada, the Grand Old Man of Philippine politics.  They both hail from the seaside, colorful town of Gumaca, Quezon.

He used to delight me with rousing stories about the greatness of the man. He also lured me to sleep with stories on how freedom fighters crippled Japanese tanks, his dangerous work as a radioman carrying the standard backpack, and his stint as guard in Tarlac where Japanese prisoners of war were held.

“It was an easy job,” he recalled with glee. “We didn’t guard the Japs strictly. We let them escape knowing that they would return because a public lusting for revenge would maul them to death. The prison camp was safer.”

I marveled at his toughness. When told upon arrival at NAIA in 1996 that my mother had died of cardiac arrest, he showed little emotion, only sadness in his eyes.

“Let’s go to the Duty Free first before going home. I hate to disappoint those looking for pasalubongs,” he said.

I learned golden things—grace under pressure, humility, discipline and fear of the Almighty—from my father, which helped me a lot in guiding my children to the right path.

And I know that I can’t go wrong.