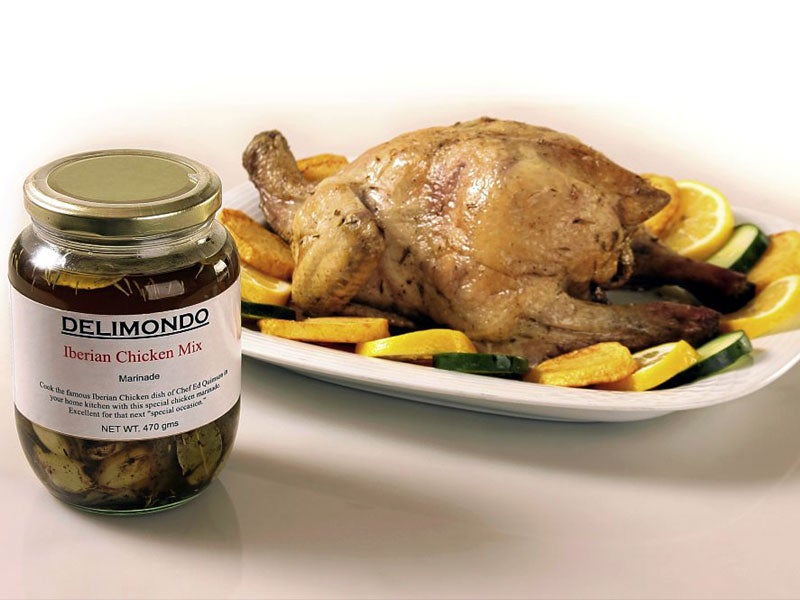 A ‘Deli’-cious but pricey option

Blame it on the Filipinos’ heightened interest in cooking shows and on the mushrooming of culinary schools all over the country. Then there’s the twin phenomenon of OFWs and budget airlines that has exposed Filipinos to travel abroad and their palate to a varied cuisine.

Thanks to these factors, there’s been a slow but steady increase in the number of local delicatessens, defined as shops that sell high quality foods such as cheeses and cold meats that are mainly imported from other countries.  Long dominated by Santi’s,   the niche deli sector is now making room for new players cashing in on the Filipinos’ demand for new food products not readily available in the neighborhood store or the more popular supermarkets and groceries.

One new deli on the block is Delimondo of the Jaka Group of Companies, which believes that there is an unmistakable and irreversible demand for new food products that appeal to a more sophisticated palate. Delimondo on Chino Roces Avenue believes it has an advantage over other delis because it can produce its own meat products and can easily respond to what the market wants.

“We do not intend to compete with other delis,” says Jaka Group CEO Katrina Ponce Enrile. “Our main objective is simply to provide another choice for the market. One thing you can always expect from Delimondo is that we will continue to come out with more product offerings with the same high regard for quality.”

Ponce-Enrile adds that there is another trend gaining popularity – the so-called dine-in delis, such as Chuck’s Deli, Alexa’s Wine and Deli Shop and Terry’s Selection. These combine restaurant and deli operations under one roof.

“The basic idea is to serve mostly food-on-the-go such as sandwiches and salads using the products that they sell. I think this is a trend that will grow more and more popular among Filipinos given the faster paced lifestyle of the young professionals, as well as the market being more health conscious.”

To meet the food demand of these young professionals who are willing and able to buy higher-priced items sold by delis,  Ponce says that Delimondo makes sure that it has the right mix of products produced here and sourced from abroad to gain the loyalty of its growing roster of clients.

“Our clientele is a mix of the older market and young professionals, both local and foreign, who appreciate high quality products. An interesting point to note is that there is quite an equal mix of male and female buyers,” she adds.

Another new entrant is Deliboys on Connecticut Avenue in Greenhills, which caters to a mix of foreign and local buyers in their thirties to forties. Owner Wilcon Syjuico prefers to start small with just one branch of Deliboys, believing that the market is not growing that fast primarily because deli products are not cheap.

To compete, Syjuico says Deliboys sells products that Filipinos are familiar with – like meat and cheeses – at competitive prices. It is also banking on personalized service, including delivery options, to generate sales.

Swiss Deli, meanwhile, is penetrating the market through mainstream retail outlets such as groceries and supermarkets, instead of putting up its own shop. What it wants to represent is good food in a variety of categories. According to the company, Filipinos have always liked good food, and specialty meat products have always been popular. The only issues preventing sales growth are availability and affordability. By going retail, the deli wants to address the issue of availability. Filipinos can easily access supermarkets compared to the stand-alone deli shops.

But like the delis’ main clientele, the bulk of Swiss Deli buyers belongs to the upper income group.  However, given the growing exposure to the look and taste of food from around the world, it won’t  be long before even more Filipinos realize that there is more to cheese than just cheddar and that processed meat isn’t limited to hotdogs.