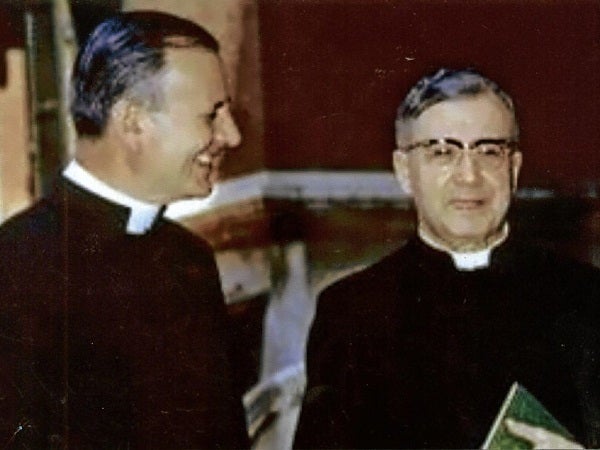 The long stream of devotees walking up slowly to the image of Our Lady of the Visitation of Piat in Sto. Domingo Church in Quezon City last  Saturday, gave  everyone a heartwarming feeling.

As in other years when the feast of Our Lady of Piat  is celebrated  in Metro Manila on the first Saturday after July 2, the Devotees of Nuestra Señora de Piat Foundation headed by Gen. Edgar Aglipay organized the event.  Auxiliary Bishop Ricardo Baccay officiated the Concelebrated Mass, with Fathers Bong Cabrera, Rocky Aquino and Stephen Simangan as co-celebrants.

When the North Fairview Marriage Encounter Choir sang “Immaculate Mother” during the processional, the congregation chorused back singing “Ave, Ave, Ave Maria!”  Judge Perpetua Atal-Pano of the RTC Makati Branch 134, who is from Cagayan, must have felt tearful as I did.

After the Mass, people lined up again to whisper prayers to the image and to touch her vestments.  Thanks to Nando Singson, board member of the Foundation, for bringing his image of the Virgin of Piat for the people to venerate.

Those who wish to have prayer novenas to Our Lady of Piat can write to me at Philippine Daily Inquirer, Chino Roces Avenue, Makati City.  They should enclose a self-addressed stamped envelope for easier mailing.

Servant of God Alvaro Portillo was declared “Venerable” last June 27  by the Sacred Congregation of the Causes of Saints in Rome.

Filipino remember him as someone who helped poor young people by setting up the Center for Industrial Technology and Enterprise (CITE)  in San Jose, Cebu, so that they could train in technical professions. Bishop Alvaro had proposed initiatives to help the poor when he visited the Philippines in  1987.

He sent Dott. Umberto Farri of Istituto per la CooperazioneUniversitaria  and Luigi Maggi of Associazione Centro Elis, two Italian NGOs, in December 1987 to accompany an Italian delegation to check on the possibility of putting up a technical school in Cebu.

In 1964, the apostolate of Opus Dei started in a small house on C. Ayala Street in Singalong  close to some colleges where some of the first members of Opus Dei were studying.

By April 1965, the apostolic activities moved to a bigger house in Malate where the Maynilad Study Center became a venue for education and training of both university students and professional men.

I remember Lali telling me that Msgr. Josemaria Escriva had sent her to Manila from Madrid. Through the help of Luisa Lorenzo, whom they met in Madrid, a modest house was acquired on Leon Guinto Street.

Rina Villegas was the first Filipina student to join Opus Dei that December. When the Mayana School of Home and Fine Arts for women was established in 1966, the apostolic activities with married women and house helpers began.

Tanglaw Residence for female students was established in 1967.

It became the Tahilan Center where recollections are held on the third Tuesday of the month.

The book on Servant of God Fr. Joseph Musquiz titled “Putting Down Roots” inspired me to be more faithful as a co-operator.  Written by John Coverdale, a member of Opus Dei who knew the priest personally, the book tells of how Fr. Jose Luis Musquiz went to Chicago in 1949 from Madrid without any money.

Escriva did not have any money to give him, so he gave Musquiz an icon of the Virgin Mary believed to have been painted by St. Luke. It hung in the center in Burgos during the Spanish Civil War.

How Father Joseph was able to build student residences and centers at that time can only be credited to Divine Providence.

Baptized Jose Luis, but affectionately called Fr. Joseph in the United States, the priest was able to raise the number of members and co-operators of Opus Dei,  starting in Chicago.  By the time he passed away of heart failure in June 1983, the growth of the Opus Dei among young people and married people had reached to thousands.

The cause of the canonization of the holy priest was launched in Boston. The book is available at Sinagtala (tel. 8971161).

The Ambassadors of Light Foundation, Inc. is mounting a fundraising concert featuring Dr. David Nabb, a one-handed saxophonist and a professor at the University of Nebraska, US, on Aug. 1, 7 p.m., at the Adventist Church Auditorium, Donada St, in Pasay City.

Proceeds of the concert will support the music training and scholarship programs of AOL headed by Anderson Go, an outstanding PWU School of Music graduate. Tickets are available at the gate.