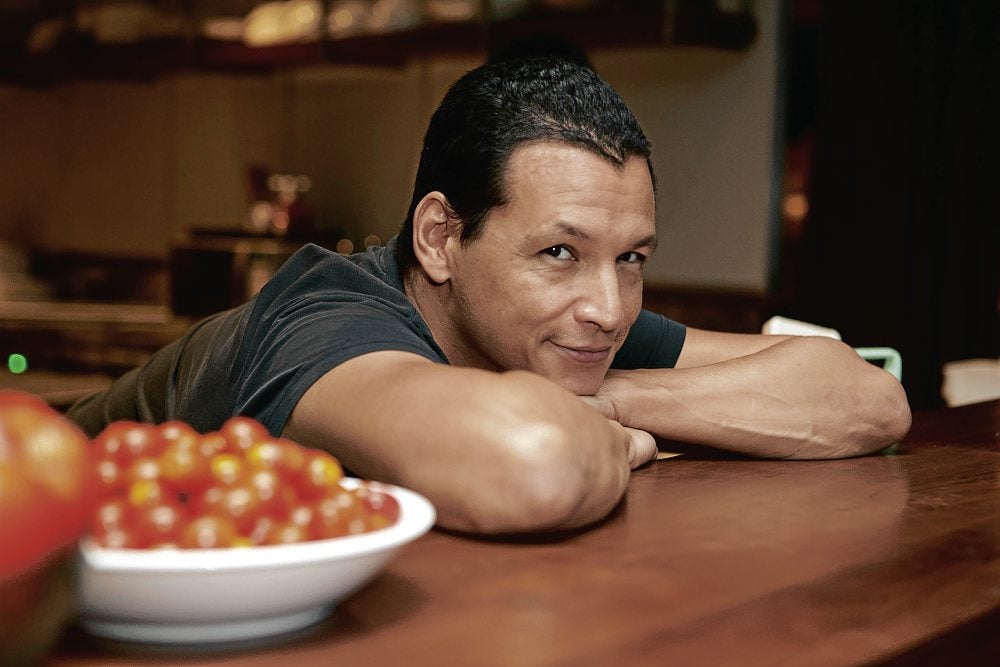 While August, feng shui believers say, is the “ghost month” (in short, unlucky, so no projects or events should be launched or held at this time), that hasn’t stopped the launch of projects like Bobby Chinn’s TV series and The Peninsula Manila from doing a Swiss food festival.

Before being that TV creature known as a “celebrity chef,” Chinn had a restaurant bearing his name in Hanoi, Vietnam. By all accounts, it was a successful venture, which probably spurred him to open another one in the southern capital of the country, Ho Chi Minh.

His first foray into TV, he said, was when he was offered the chance to travel and eat and be paid for it. That was for “World Café Asia” on TLC, Discovery Communications’ lifestyle channel, a record of Chinn’s trip through some 20 Asian cities that featured food and assorted culinary personalities, from street food impresario to blogger and chef.

But his newest series, “Restaurant Bobby Chin,” doesn’t make him travel far. He stays put in Ho Chi Minh and every episode is a record of the restaurant under construction. For those who have undergone the misadventure of having a house or shop constructed, you can deduce it won’t be as easy as a walk in the market for Chinn.

Episodes show him trying to cope with a missing kitchen, undelivered supplies, the requirements of a feng shui master, half of his staff members leaving after being trained, bad ventilation, etc.

To see it now is to wonder how it was ever finished—or at least it looked it when we visited. But as all owners know, there’s always something that needs to be done. A visit to the kitchen had Chinn pointing out what’s right and what’s still wrong.

Sometimes a dish had to be brought back to lessen the sauce or refine it some more. Or a supplier gave him a supposedly dark-meat pigeon (like the dark-meat chicken or ulikba) which turned out to be ordinary pigeon colored with squid ink. You sense a sigh in Chinn’s voice and an impatience when he says, “Everything takes time. it’s taking a lot of time.”

He also discovered that the diners’ market in Ho Chi Minh is not the same as in Hanoi. Up north is where the diplomatic corps stays, and they need a place like his restaurant. We do notice that most of the customers in this new resto are expats. Chinn hopes the young upwardly mobile Vietnamese will take to his cooking. But his marketing strategy now is to make it an events venue, which seems to be working, judging by the number of people that crowded almost the entire place as we had dinner in one of the rooms.

Chinn’s cooking is like an “ethnic mutt,” as he described himself. Half-Egyptian and half-Chinese, he was born in New Zealand, then went to different parts of the world for education and work. So his crab cake was glazed with tamarind. The soft-shell crab we like so much, a specialty in restaurants in Vietnam, was stuffed into a quesadilla with mango chipotle salsa. Squid was cut in strips then bathed with wasabi crème fraiche and served with tobiko (flying fish) caviar.

I thought his single grape wrapped in goat cheese was rather artistic. The grilled quail was also glazed with guava then served with couscous.

“Restaurant Bobby Chinn,” the series, thankfully isn’t just about the stress of construction. Chin goes to where he is in his element—the market, where he interacts with the locals, then to a rice and mushroom farm, even a chiropractor who helps with his back ache. In the day and a half we spent with him, we saw that other side. (More in another column.) Chinn’s new series premieres Aug. 13 on TLC at 10 p.m.

“Swissness: More Fun in the Philippines” is a food festival at The Peninsula Manila that will run from Aug. 2-11. The “more fun” bit harks back to the Swiss tourism ad of long ago.

At the tasting in Old Manila, of course there was cheese and wine, a big wheel of Emmental on display. But chef Samuel Linder, who is Swiss, decided to show his own cooking interpretation using ingredients found in Swiss lakes, mountains and meadows. Trout was presented as smoked tartar and then as confit. Veal loin was cooked sous vide and veal breast as braised. And for dessert, a Toblerone lookalike was presented and called a “Penougat.”

All the dining outlets of the hotel will be celebrating “Swissness.” Highlights seem to be the fun “Schueblig Eating Contest” during the Sunday brunch on Aug. 5, a chocolate bar (Thursdays, Fridays and Saturdays during the festival) and on Aug. 9, a kitchen party that will offer fondue, raclette, rosti and other traditional Swiss dishes hosted by true Swiss, hotel manager Oliver Dudler and chef Linder.