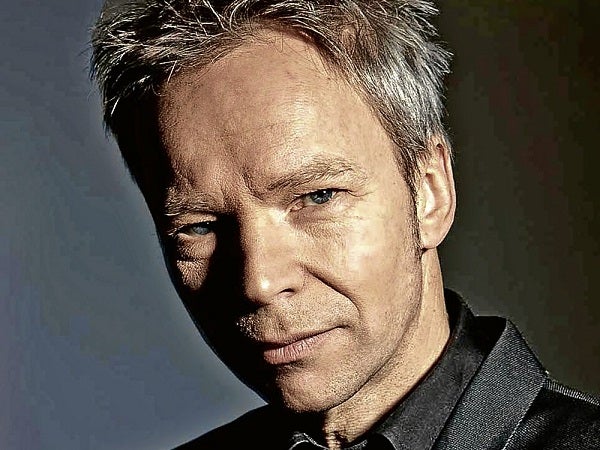 The ‘Master of Imperfection’

Admit it—you listen to their music every time you’re on senti mode. What Filipino hopeless romantic hasn’t? The songs of Norwegian act Fra Lippo Lippi have been covered by countless artists and belted out in karaoke bars to the point of insanity since they first invaded our shores decades ago, and for good reason.

Their Philippine tour in 1988 sold out a whopping six times over two weekends, spawning two compilation albums and subsequent visits to the country in the last decade.

When bassist/keyboardist Rune Kristoffersen retired to focus on his record label, Rune Grammofon, vocalist Per Sorensen went on to release his first solo album “Våge,” which is entirely in Norwegian, in 2009. His newest album “Master of Imperfection,” released just recently, is in English.

Sorensen will be performing as opening act for Tears For Fears’ Manila shows on Aug. 10 and 11. In this exclusive e-mail interview with Super, he reveals the secret behind the timelessness of Fra Lippo Lippi’s music.

Which of your songs is closest to your heart?

“Beauty And Madness” is one of the most beautiful and enduring piano ballads ever written. What was the story behind it?

Rune wrote all the lyrics, the melody is mine. When collaborating with Rune, I always wrote the music first. I can’t really say what inspired me, it is one of those songs that was complete when I sat down to write it. All I had to do was to play it. Same thing with “Later,” really.

In those days, I was inspired by Tom Waits, his dark songs and films about people that struggle with their lives, which is recognizable in “Beauty And Madness”’ mood, I guess.

If you could have anyone do a cover of any of your songs, who would it be and why?

I’m sure Melody Gardot would have done one of my ballads beautiful, the way she sings. And it would have been great to hear a Tom Morello version of “Some People!”

I know for a fact many Filipino artists have already recorded versions of our songs. My wish is that they do it in their own style. Otherwise, you might play the original version.

Are there any new artists that you listen to nowadays?

I like Keane, Coldplay, Tom Morello (Rage Against The Machine), Norah Jones and Melody Gardot. And other brilliant artists/composers.

If you could do a collaboration with any artist, who would it be and why?

I’d love to do something with Carole King, whose record “Tapestry” I hold as one of the best albums ever. Also, it would be nice to do a duet with a Filipino artist my age.

What’s the one thing you love most about the Philippines? What keeps you coming back?

The people, they show a warmth we’re not used to meet where I come from (read: Arctica). I love playing and singing, to communicate with my Filipino fans. It means the world to me.

What do you think makes your music so timeless?

The music and lyrics aren’t really limited to one era, and the original recordings sound good even today. Maybe that’s why, I don’t know.

Any advice for the young songwriters out there?

Be honest, try writing your own way. When you’re a teenager, you should emulate other artists, soak up their style. That’s the school, you know. Write crappy songs, as many as you can. After a while, you will find your own style, hopefully.

For me, it has always been a triangle; play the piano, sing and compose. These three elements intertwined made it easier to find my own expression, my own style, if you will.

“Tears For Fears and Per Sorensen live in Manila 2012” is presented by Ovation Productions. Tickets are available at www.ticketnet.com.ph; tel. 9115555.