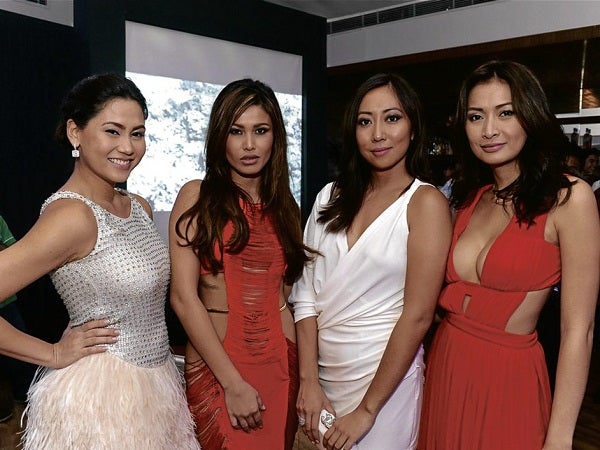 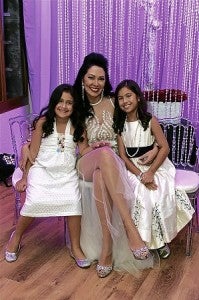 Aracama Restaurant and Bar in Taguig City was a garden of red peonies and tulips, some of the flowers forming a huge letter B (for Belo), natch, designed by florist Robert Blancaflor, dahlings.

In accordance with the theme “Fire and Ice,” a 7-ft Swarovski tree was set up, glittering in the pink lights. 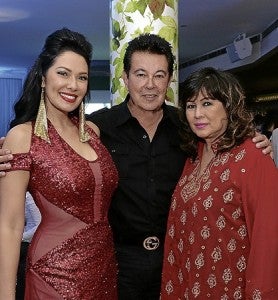 All food was drowned with overflowing champagne and other drinks.

An AVP showed Ruffa kicking off her Habitat for Humanity project in Payatas and relaunching her Roof-a-Child Foundation.

Then, celebrator Ruffa made her grand entrance, wearing a fabulous white gown.

Cristalle hosted the event with Raymond G. She herself was welcomed with wild applause by power players of the show biz, fashion and modeling. 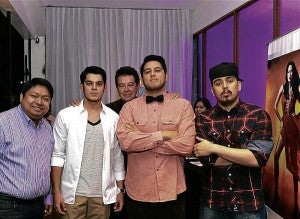 Everything went smoothly till loud whispers went around that  three uninvited personalities had gate-crashed the affair and started to mingle with the invitees while nonchalantly helping themselves to the food and the champagne.

One of Ruffa’s friends went up to them and politely asked them to leave. Well, two of them discreetly left while the other one stayed still behind, until s/he was asked to leave again. That person stomped out of the venue. 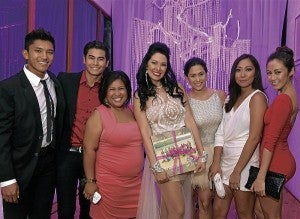 How thick-faced can one get! ’di bala, dahlings? Oh well.

Then there was this once-upon-a-time hot couple, but après a year and a half had a bad breakup, which left a scar on one-half of the couple.

During the dinner, moi noticed how the two avoided each other like the plague, so I went up to one of them and asked, “How come you both are not even greeting each other?”

It turned out my friend couldn’t stand the other for failing to make a commitment. “I couldn’t wait like forever, so I said, ‘Get out of my life.’” Ouch! 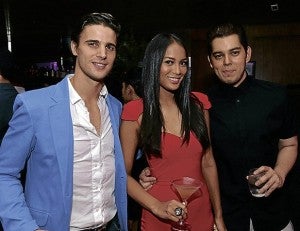 Moral of the story, palanggas, after two years of togetherness and nothing is decided to make your relation permanent, meaning, “marriage,” it’s time to say goodbye and move on. N’est ces pas?

The bash got on a roll when Belo Medical Group’s new application, Belofied app, had everyone playing little surgeons by “Belofying” their photos. Even moi got into the action and loved what I saw of myself after “Belofication.” Check out the Apple app store to download the Belofied App, palanggas.

Looking at Ruffa, moi knew instantly that this former beauty queen is as tough as “ice” and hot as “fire!” The essence of a real Belo beauty, palanggas.