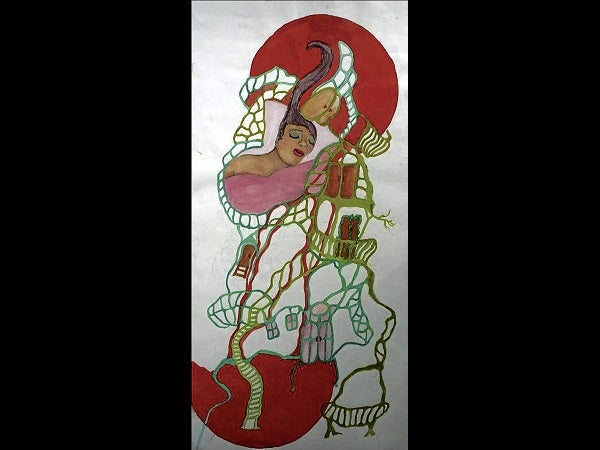 More grade-school readers fell into my lap from an unexpected source. My husband had a spinster cousin who spoke Chabacano and somehow took a fancy to me.  Her name was Puring Ballesteros, and she had some connection with the Cavite City public school library.

She knew I was interested in Filipino grade-school books.  Whenever the library would incinerate some really old and dilapidated copies, she would manage to snatch up a couple for me. That’s how I completed my Osias Readers— some burned at the edges and so decrepit I never knew whether to incinerate them myself.  How I miss my now departed book patron!

Though my Filipiniana collection seemed to be a wretched lot, it was enough to satisfy my unscholarly needs.  (I had a better art collection than Ambeth, so there!) The rest of the “books” were even more dismal! They are xerox copies of the old rare tomes in the Lopez Museum.  But eat your heart out!  I have several local dictionaries; the Poveda Manuscript of 1572; Aniterias: “Supersticiones de los Indios Filipinos” by W.E. Retana, 1894; “The Non-Christian Peoples of the Philippine Islands” by Dean C. Worcester; National Geographic Magazine 1913 (complete with costumed natives of different tubes, north to south);

“The Religion of the Ifugaos” by Roy Franklin Barton; Memoir Series of the American Anthropologist, October 1946; “Dress and Adornment in the Mount Province” by Morice Vanoverbergh, and several shelves more.  I do have antique books of my own and a lot of reprints as well. They served as good background for all the Filipiniana I was to publish later.

Everything I own, original or photocopied, sanitary or unsanitary, has been useful to my children and grandchildren mainly because they were so accessible.  I like to be able to read them on an easy chair or lying down, or on my stomach, or taking lunch, rain or shine, day or night. So do my progeny, I guess.

The ink of the early copying machines has faded, and now I have to put the pages under a strong light to be able to read them.  Anyway, I know they will still be readable while I live.

For the succeeding generations, all that will, only too soon, be available on Wikipedia.

I was a frequent visitor to the Lopez Museum library even when it was still located in Pasay, and later on on Meralco Avenue. The two librarians—Elvie Irremdeio and later the younger Mercy Servido—were remarkable.  They knew the contents of every old book on their kilometric shelves and the newspaper files in their morgue.  They would go up ladders and dig up compilations and lay them before spoiled me for note-taking or photocopying.  I don’t know if they still make librarians as knowledgeable, helpful and kind as those two.

Researching in the National Historical Commission archives lib wasn’t that friendly, not during Martial Law.  I was by then publishing my own line of Filipiniana books.  One cultural topic happened to be the same as something chosen for a book President Marcos was supposed to be writing. Of course it was to be ghost-written.

They had the power to put on a “reserved” or do-not-touch shelf any book they planned to use, for no matter how long!  That was quite a bit of books!  A friend even told me that she found, scribbled on a slip of paper, “Do not show Gilda” in Rod. Paras-Perez’s unique handwriting.  Was I so flattered to be considered a threat!

Two antique sketches in one of their old manuscripts were under this tight guarding.  They were drawings of the first and second floors of a 17th-century bahay-na-bato (not documented elsewhere).  Heavens knew when the ghostly crew would even get to them!

It is good to have loyal friends. David Baradas knew his Filipiniana and where to find what I needed.  And he hated unfair competition!  He was chummy with the librarian and just sauntered officiously to the forbidden box and xeroxed them for me. The forbidden drawings appear in “Philippine Ancestral Houses” (GCF Books, 1987) foldout, for everyone to use.

“Philippine Ancestral Houses” turned out to be a bestseller.  Fernando “Butch” N. Zialcita and Martin I. Tinio did incomparable work.  Even after GCF Books closed shop, it was still a most requested title.  But that was just a fluke.  The rest of my titles hardly made break-even.

I am often told how impractical it was to work so hard and spend so much money on producing such books. When, yes, you can do cheaper books and get your money back in a year or two.

All I can say is, where are all those quick-revenue titles now? “Ancestral Houses” (now 25 years old) and our other titles still get endless requests for reprint.

Sorry, though, oldies don’t learn, at least not about anything as smart and complicated as book distribution. Someday I should be convinced that there is a world of difference between a dedicated editor-publisher and a dedicated publisher-businessman. Only with huge, sophisticated publishing houses abroad is a combination of that possible.

I am also often asked, “Why are your titles not on e-Book?” Huh?  What’s that?! I had to stop somewhere.