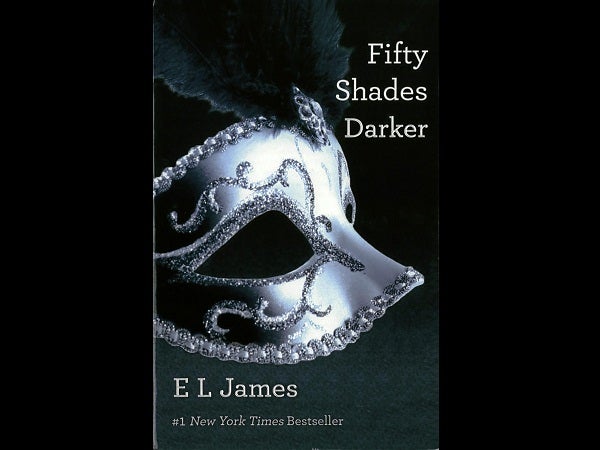 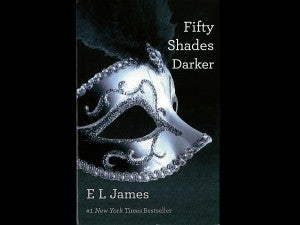 I really wasn’t planning on going the distance after reviewing E L James’ “Fifty Shades of Grey” a few weeks ago. (Lifestyle, Aug. 19, 2012, p.C1) However, I got curious when two intelligent men I know—a banker and a lawyer—both said they read the trilogy to the end.

Now, these are guys with a lot of other things to do with their time, but who got curious after reading reviews that were apparently a lot more interesting than the books themselves.

(Example: “This is not at all a tirade against S&M,” wrote Huffington Post social justice advocate and reviewer Vanessa Ciccone. “Had Anastasia been remotely interested in exploring her masochistic side, I would not take such issue with the book. The fact that she had zero interest in it and yet goes along with it in a [literally] painful quest to win Grey’s heart, is what is concerning.”

Here’s more: “Small habits begin to grate,” wrote Zoe Williams in The Guardian. “The the way everybody always seethes, scolds, smirks or whispers and nobody ever just says; the way his eyes are constantly blazing, and she is constantly biting her lip.”)

My banker friend, whom we’ll call Antonio, got his interest piqued enough to buy all three books in an airport, and he breezed through the trilogy on a medium-haul (yup, not even trans-Atlantic) flight to a family vacation.

“Hey, it’s a page-turner, I finished all three,” he insisted when I asked how far he managed.

“But do you remember the stories?”

Up in the air

In case you live under a rock, “Fifty Shades of Grey” is the phenomenal bestseller about billionaire Christian Grey and student Ana Steele, who meet and begin a dominant-submissive sexual relationship that, in the first book, is left up in the air—Ana doesn’t know if she can take any more, even if she’s falling in love.

The next book, “Fifty Shades Darker,” explores the reasons  Christian, the world’s hottest, most eligible bachelor, is also, by his own admission, “fifty shades of f–ked up.”

Somebody must have taught the author a good lesson on branding, because Ana refers to him frequently in this and the next volume as “Fifty” and “my Fifty Shades”—as in, “oh my poor Fifty.”

Here, we meet some of the characters responsible for creating those 50 shades, from Christian’s psycho little ex-submissive Leila to the enigmatic Mrs. Robinson (more on her, alas, later).

The final book, “Fifty Shades Freed,” starts dreamily enough. They’re honeymooning in the Mediterranean, and Ana is staring at “my hot, beautiful husband.” Then the book takes a weak James Bond turn with its smattering of car chases, kidnappings, beatings and threats (no, I’m not talking about the sex yet, silly).

For the die-hards (millions of you, according to the latest sales figures), James graciously throws in two bonus chapters to reveal more “Shades of Christian,” told from his point of view: “Fifty’s First Christmas,” when the child recounts how he gets a new daddy and mommy, the rich and benevolent Carrick and Grace Trevelyan-Grey; and “Meet Fifty Shades,” when he first encounters Ana.

Why you should read them 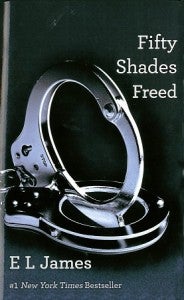 In the interest of journalism, let me break this down as objectively as I can. This is why you should read these books:

1) The sex. There is just soooo much of it. They’re doing it everywhere, and in “Freed,” when they’re married, they’re coupling in elevators, bath tubs, parking garages, on Christian’s piano, in his private plane, in his private boat, and more, now that they’re official. She’s wowed at her man’s “sexpertise” (yes, that’s the word she uses), and she actually enjoys it now.

I mean, when Ana states that her “sex” is sore (!), you feel for the poor girl. Christian is ready to go at the drop of a hat or a bite of Ana’s lower lip. (Maybe that’s why it’s fiction!)

2) The romance. Spoiler alert: If you’ve been swooning all along, you will get your happy ending, beyond your wildest dreams. You know those ads for real estate, or detergents or even memorial parks, where they’re romping through grassy fields with gorgeous offspring in tow? You get my drift.

Yes, they’re saying “I love you” a lot by the second book. She meets his family, his employees, his cook, even his (gasp) psychiatrist, who actually discusses Christian’s issues with her. Sweet—but isn’t that, uh, unethical?

3) The characters, plot, writing. In a nutshell, it’s escapist, simple, and doesn’t give you a headache when you try to understand it. Christian is gorgeous and dark. Ana is cute. They have tons of money and lots of sex. No need to ponder any mysteries of the universe here; I think Ms Ciccone was working way too hard trying to figure this out.

Okay, now here is why you shouldn’t read these books:

1) The sex and romance. Yes, Christian goes a bit vanilla—so literally, he’s scooping vanilla ice cream on Ana and licking it off her. There’s more sex here than book one, but it becomes so predictable that you end up skipping pages (leaving just enough for a Hong Kong-Manila flight, maybe, Antonio?).

His eyes darken too much; she groans a bit excessively, and professes love for his “kinky f-kery.” When they’re not having sex, they’re having a fight—not enough variety, really, for two books. A journalist friend actually demoted this from Mills and Boon to Sweet Valley High, and I tend to agree.

At the beginning of book two, five days into their short break-up, Ana laments, “How long will this hideous overwhelming feeling last? I am in purgatory.” I feel you, girlfriend.

2) The characters, plot. Remove the sex scenes, and you may just have enough reading for a flight to Cebu, actually. Christian is so ridiculously rich, he buys everything and everybody. He’s also so jealous, he buys the first dance with his fiancée for $10,000 at a charity auction so nobody can get his hands on her.

(Naturally, his eyes darken each time. I’m beginning to think he’s got dimmers in his head.) Ana can’t seem to decide if she’s enjoying the money or resenting it.

But just when you’re thinking that the villains thrown into the mix will make life a little harder for the dream couple, they become terribly one-dimensional.

I had particularly high hopes for Mrs. Robinson, aka Elena Lincoln, the woman who both saves and scars Christian Grey, because she could have been a delicious goldmine of human complexities. Instead, there’s a series of soap opera-style confrontations, complete with slaps and tears, that would fit right into Pinoy primetime TV.

And you know how young juvenile literature likes to end each chapter with a cliffhanger? The end of the second book makes such a lame attempt to disguise the would-be antagonist, it’s painful.

3) The writing. We already know E L James ain’t Simone de Beauvoir. She borrows Tom Wolfe’s ’80s description of anorexic society ladies in “Bonfire of the Vanities” when Ana complains that she wants to keep working because she doesn’t want to become a “vacuous social x-ray.”

But, ladies and gentlemen, there are actually typos in these books. Typographical errors. As in, somebody at Vintage Books (a division of Random House) was paid top industry rates to proofread this, and gems like “Why do you say it that like that?” (top of page 320, “Fifty Shades Darker”) still made it through.

Here’s the scarier part. At the end of her bonus chapters in “Fifty Shades Freed”—by the way, Christian sounds like a thug when he’s telling the story from his point of view—James writes, quite smugly, slam-book style, “That’s all… for now. Thank you, thank you, thank you for reading.”

It’s a thinly veiled threat that, yes, there will be more.

As Ana herself would say, holy crap.