Piolo puts the sun back in our life | Inquirer Lifestyle ❮ ❯ 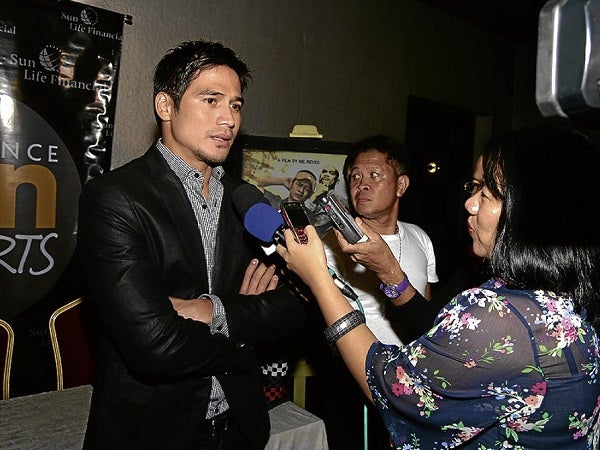 Piolo puts the sun back in our life

Movies can magically transport you to a different time and place, to experience happiness and romance, to find fear or hope, or to simply have a great time. With indie films and experimental short films becoming more mainstream, some corporations have ventured into producing short films on their own to promote their products.

One such company is Sun Life Financial Philippines. Its Sun Shorts are five original works from the country’s acclaimed filmmakers. The shorts were launched at an exclusive screening at Resorts World Manila just recently.

The five shorts and their directors—“1945” by Jun Reyes, “A Life in a Day” by Jolly Feliciano, “Oh My Goth!” by Chris Martinez, “The Debt” by Nic Reyes and “Sun Dance” by Jerrold Tarog—shared the theme “Life’s Brighter Under the Sun.”

Sun Life ambassador Piolo Pascual served as the evening’s impresario, helping convey the lessons espoused by each film—from the need for proper financial planning to the important role a financial advisor can play. It was sort of like Aesop’s Fables, with a moral for each short, all discussed by Piolo.

The effort is part of a larger, regional Sun Life Asia project— “Experience the Sun: A Collection of Digital Shorts from Sun Life Asia,” scheduled for release in October. Trailers from three shorts from our neighboring countries were shown—Stanley Wong’s “Jing Yat,” Joko Anwar’s “Suncatchers” and Jim Libiran’s “Araw.”

Sun Shorts has taken the digital world by storm with inspiring stories about love, friendship  and fulfilling our dreams. Teachers and private foundations have asked for permission to use the films as materials for learning and serving their advocacies. It has also garnered excellent reviews from film buffs.

Without too much branding and overt commercialization, Sun Life has been able to convey how basic it is to honor our commitments. Sun Life is truly a progressive company, reaching out beyond its scope as an insurance company. Blending a vision with a commercial purpose can be done well, indeed.

Sun Life will once again be a sponsor at the Red Charity Gala on Oct. 13, the annual fundraiser chaired by stylish Kaye Tinga and me. Joining them as a sponsor is that marketing behemoth of a company, Bench.

Kaye and I are overjoyed to be working with Ben Chan and his uber-creative Bench Team once again, especially as all this is for our charities like the Philippine National Red Cross and Assumption Mission Schools. It’s hard to imagine that the Red Charity Gala is now just two weeks away!

Bench also has produced short films with creative strings to whet pop-culture hunger. Benchingko Films is a series of short films with an all-star cast paired with the finest directors in the country.

Benchingko Films, as the name suggests, is in celebration of the company’s 25th anniversary. And staying on theme, Bench is producing a total of 25 short films.

The Benchingko shorts will roll online, with the first batch featuring Ben Chan and top stars Lucy Torres-Gomez, Piolo Pascual, Lovi Poe, Coco Martin and the great Bella Flores. No word yet on whether their famed underwear will have starring roles in these “shorts.” [Note to editor: let’s see if bad puns will generate irate letters.]

Staying on movie mode, “The Great Gatsby” was the theme at the recent second anniversary of the awesome Republiq Club.

Entrepreneur Tim Yap and guests all came clad in Roaring 20s outfit—the entire club looked like a Chicago speakeasy and one could almost expect to be seeing Leonardo DiCaprio himself, in full Gatsby mode, making his entrance.

Republiq at Resorts World was packed to the rafters as always. Outside the club, Tim and I noted the posters of the ongoing musical “The King & I.” This is one musical, rooted in Broadway and popularized in the movies, that I surely will not miss.

Movies truly are a part of our lives. As a handbag and luggage brand that has, for 135 years now, been the premier name in that category, Lancel, recently launched in new collection, which brought to my mind the French femme fatales of filmdom from yesteryear, like Brigitte Bardot and Catherine Deneuve. 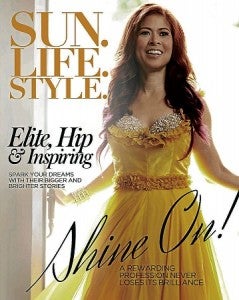 Flying in from France was Lancel Paris head of brand retail Xavier Le Borgne, at the invite of Philippine distributor Aileesa Lim of Luxury Riviera Retailers.

The young and dashing Le Borgne amiably chatted with local media on the intricacies of the craftsmanship of Lancel and how it is different from other brands.

The Lancel Fall-Winter Collection features two new vintage series, La Charmeuse, which is inspired by the soft, curvy female figures of the 18th century, and La Galante, which brings back the vintage looks of 1974. Needless to say, I was aghast to note that 1974 is already considered vintage.

As with any media event, the highlight is always the raffle, and three lucky ladies took home Lancel bags: blogger Ingrid Chua-Go, Sarah Santiago of Mega magazine and Camyl Besinga of Cosmopolitan.