How to wreck a wheelchair | Lifestyle.INQ ❮ ❯ 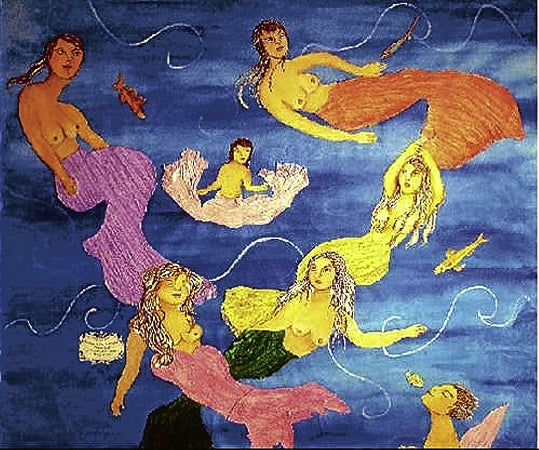 How to wreck a wheelchair

The measuring stick told me that I had grown two inches shorter! Then my leg began to hurt. Soon I had to go for my shrinking backbone to the hospital at the corner for rehab.  “Drug addict ka, lola?” asked my grandson. I glared at him.

A good 15 years ago, I used to go to this same rehab section for a pinched nerve on my neck.  Capitol Med had an ancient neck traction machine then whom the staff called “Samson.” It was rusty and temperamental, but the gentle therapist, Dodi, would plead with it, and someone would bang a fist on its side and, yes, Samson would shudder and get back to work.

Machines seemed to be more cooperative then. You could talk to them. Today they are digital and spoiled rotten. They will just go on a sit-down strike until sent back to their foreign manufacturer for repair.

Capitol’s rehab has been remodeled since then.  The machines are new, and so are the personnel.  Dodi is well-ensconced in a hospital in New Jersey. From where I sit, I can see an elderly patient being bodily carried out by an orderly to a waiting taxi.

It reminds me of Mang Henry. He was a big hulk who could lift even a 200-lb patient in pain.  He, too, has retired.  Even the doctors in the consultation room are newly minted, like the pretty Dr. Consuelo “Chelo” Macalalad, descendant of my friend and contemporary, Dr. Nayda Unson.  It was she who had given me the set of procedures I have to go through.  Only Meng, a physical therapist, still cute, bedimpled, but no longer a teener, is still around.

I saw her name tag and it said “Mheng.”  “Why do you spell your name Mheng?” I asked.  “I was employed here when the in-thing was to insert ‘h’ into every name, so we were Mheng, Dheng, Bheng, Jhanet, Dhodi and Rhody.”

There seem to be more old people in the place now than ever.  Guys in wheelchairs, white-haired women walking between parallel bars or kicking a beach ball.  A well-groomed lady who didn’t know my name said “hello” and called me “Forever 81.”  Another old man was doing an exercise that resembled a cha-cha dance.  Still another was trying to balance on a straight white line painted on the floor.  A plump patient overflowing from her wheelchair was carrying a kind of helmet which turned out to be a plump pillow shaped like a strawberry.

After a quarter of an hour, Meng or Mheng released me from the traction.  She slathered me with gel and passed the ultrasound device over my troubled nerves to wake them up.  She put a heating pad over my side and applied the TENS (transcutaneous electrical nerve stimulator) which sent little tingles all over.  I asked her whether I’d ever walk normally again. “Never say never!” said Meng or Mheng.

The other bed in the room was eventually occupied by a sweet Don Bosco sister who had been a nun for 30 years. Since it was raining, we were soon talking about eggs which people donate to the Sta. Clara nuns to pray for a clear sky.

I had once interviewed those nuns and they expressed a wish for people to give them something other than eggs—like dried meat or fish or canned goods.  Eggs were coming out of their ears! What eggs they couldn’t eat, or bake into the cookies they sold, they would barter with the corner grocery for convent supplies.

What do eggs stand for anyway?  I remembered the Easter egg!  If it was a non-RH bill egg, it would hatch a chick, the symbol of life and Resurrection. “Maybe they should donate balut sometimes,” I observed.  The sister was not amused.

It was raining buckets outside. My phone wasn’t getting any signals and I wondered aloud how I could go home.  We have two patients, suggested Meng, one 100 years old and the other 90, and both still drive.  I wouldn’t hitch a ride with either of them even if I got stranded forever. “Are they cute?” I asked, more out of boredom than interest.

“Oh yes, the older one is,” said Meng or Mheng.  “But he has a wife, slightly younger, who escorts him around and watches him like a hawk.”

I found that funny.  I couldn’t stop laughing.  I wondered idly, maybe like other aging widows do, about sunset affairs.  You heard stories of people, on their last legs, falling in love, holding hands, kissing, and dying peacefully together.

A boyfriend in one’s dotage?  Now that I’ve gotten to that stage, I can honestly tell my readers, not for the life of me!  Such romanticism just doesn’t wash.  Imagine a virtual stranger beside you, burping, or worse, loudly farting!  Enough to scare the daylights out of you.  One old, time-worn and well-loved husband was good enough.

It was 3 p.m. I could hear the young male PTs in the next room, brushing their teeth after merienda and being very voluble.  They kept making jokes about mermaids aka serenas!  Being “half-and-half,” serena has become a synonym for “gay.”

When he peeped in, I told Peter, who was the serena brushing his teeth, “Do you know how the word got associated with gays?”  He didn’t. “You see, there was this father,” I related, “who so hated that his son was gay.  One day, he dunked the poor fellow’s face in a gasoline drum of water.  ‘Now, what are you?’ he grilled the boy.  ‘Babae,’ the boy replied in a small breathy voice.

“The father dunked him again. ‘For the second time, what are you?’ ‘Babae,’ the guy answered in a weaker voice.

“The next time, the dad kept the boy’s head even longer in the drum.  ‘O, ano ka na?’ he asked threateningly.  ‘Serena,’ the boy spluttered.”  And that is the background to the serena story.

The rain had mostly stopped. The car didn’t fetch me because I had inadvertently sent the driver on an errand.  My house was only a corner away. But my phone was working again so I asked the gardener-handyman to fetch me.  He came, trundling my wheelchair.

Bumpitty-bump went my chair over the uneven road, the gardener pushing and the maid directing traffic. Over my head, I held up a pink dainty parasol with polka dots.  My China-made wheelchair was ready to crash by the time we got home.  But we did look like a great pageant!