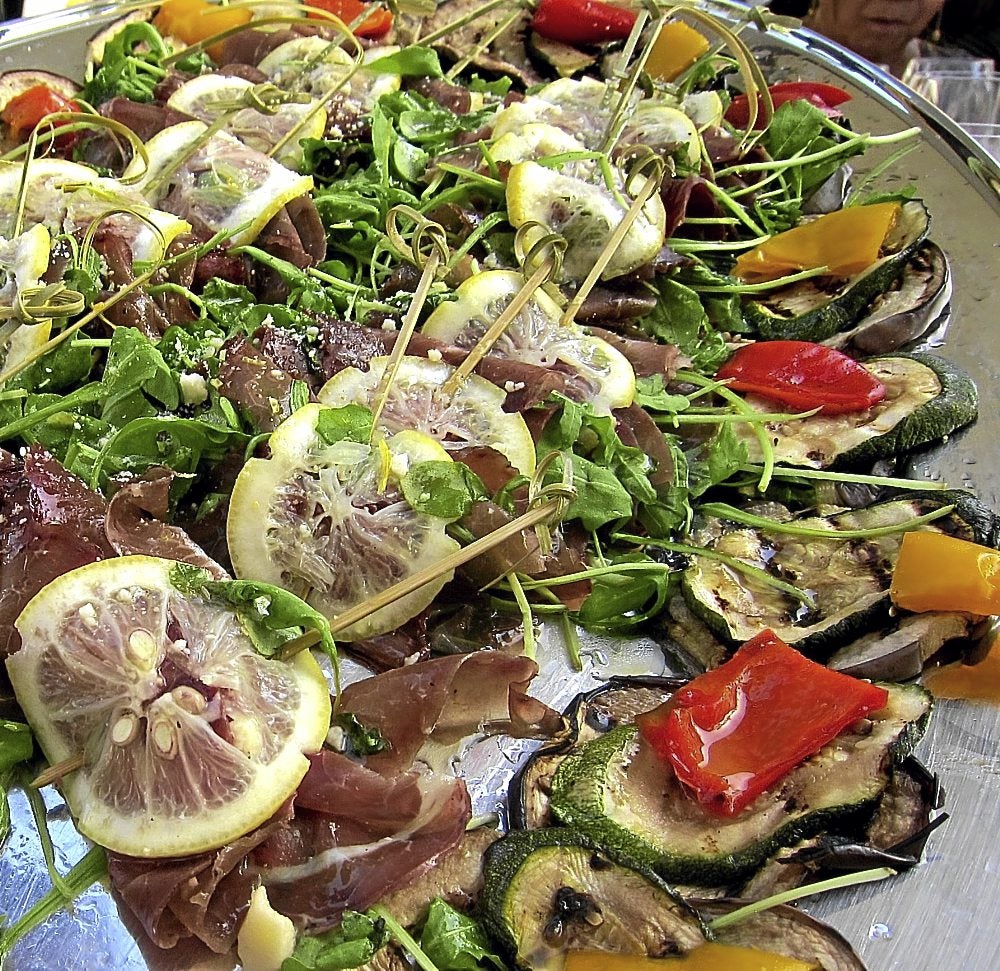 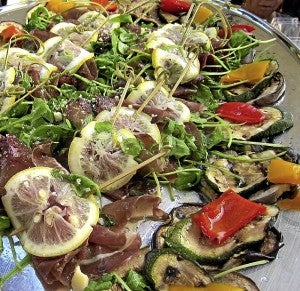 The lechon is truly the worldwide symbol of the Filipino celebration.

We were fortunate enough to attend the thanksgiving lunch at the Pontificio Collegio Filippino in Rome after the canonization of St. Pedro Calungsod. I was curious to see what the most regal hostess, the Ambassador to the Holy See Mercy Tuason, would serve the group composed of Vice President Jojo Binay, Hawaii congressman who’s Filipino-born, Joey Manahan, and all the Philippine cardinals. Luis Antonio Cardinal Tagle, Ricardo Cardinal Vidal and Gaudencio Cardinal Rosales were all present.

While the Filipinos did as the Romans do for the rest of the meal, the lunch kicked off with good ol’ lechon. Call it Lechon Roma.

At first I thought it was flown in all the way from Cebu since the Cebu contingent led by Cebu Rep. Rachel del Mar was so big. Turned out, only the image of Saint Pedro was flown in from Cebu; the lechon was “made in Italy.” I must say, though, that the lechoneros of Rome did a good job—crispy skin, succulent meat. Oh so Pinoy and delizioso!

Of course the lechon was just to give one a taste of home. The lunch had for appetizers—arugula, aubergine and bresaola, an aged and air-dried beef that had been sliced so thinly it was almost like prosciutto. This was scrunched in a toothpick with a thin slice of lemon. It was an explosion of flavors!

This was followed by a heap of risotto. As if that wasn’t enough starch, there came another heap of ravioli.

The cardinals should have been told to bring their Lipitor and Metformin because the zeppole or Bigné di San Giuseppe dessert that followed was extremely rich as well. Imagine the traditional donut, its texture, placed in a little muffin basket sprinkled with sugar and filled with cannoli-like pastry cream, then topped with blueberry sauce. Served in a lawn filled with blessed men, this was heaven.

That was Oct. 21. The next Sunday, Oct. 28, we were in Turin, Italy (several hours by train from Rome), staring at a lechon again! Para akong sinusundan ng lechon.

This time it was for the Salone del Gusto or Slow Food Festival. The Salone del Gusto is the largest gathering of agricultural producers, artisans, chefs, restaurateurs from all over the world. Their aim is to advocate a return to “slow food.” Imagine the World Trade Center area—six times bigger.

Chef Massimo Bottura from Osteria Francescana, which is one of the top five restaurants in the world, sat down with us for an interview. He explained that the Salone aims to emphasize ethics among restaurateurs, to promote biodiversity, and not only respect but also the support of local farmers. “With the third star that Michelin gave me, it wasn’t about the blue lobster or the caviar. It was about the Parmigiano Reggiano made by our local farmers. But you can come from so far away and bring the same experience, with the perfectly cultivated potato from Peru or the perfect black garlic from Korea or the perfect mackerel from Japan. If every single chef believed this, if we all try to believe this and do something, the world will change,” Bottura said.

I feel privileged to have witnessed the work of these gourmets, including the best of Italy and of other countries. This was the first time that the Terra Madre (food bazaar of the Salone del Gusto) opened its doors to participants around the world. The Philippine booth was proudly manned by Margarita Fores who was as vibrant as ever, explaining to visitors in her perfect Italian the lechon. One day, Italy’s most revered chef, Bottura, must include on his menu the lechon, the “perfect” pig served during the canonization of the second Filipino saint—proudly from the Philippines!