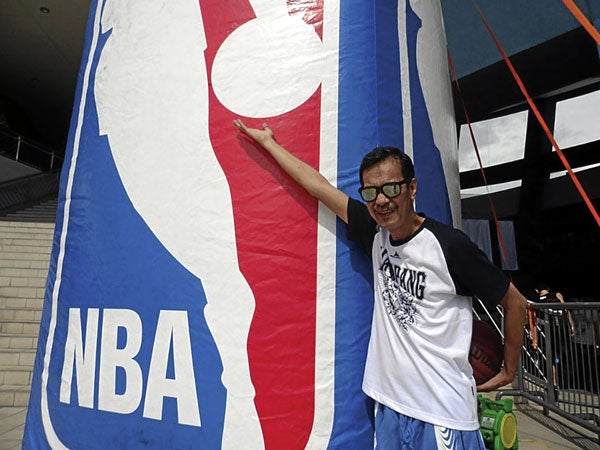 My alien experience with Brod Pete

The idea of spoofing a televangelist show, which I once did for a high school class reunion, was admittedly not original. But it led me to the spoof master himself and to a co-production and partnership that went beyond the stage.

The gag show “Bubble Gang” had been doing a phenomenal parody of preacher Ely Soriano’s “Ang Dating Daan” in the late ‘90s, and former classmates at the Paco Catholic School had egged me to do a similar spoof for our school reunion.

With two other buddies in high school, we performed to rave reviews, or at least that was how another batchmate, broadsheet editor Chuchay Molina-Fernandez, described it.

Little did I know that I would be reprising this skit with Isko Salvador, “Mr. Alien” himself, years later.

Salvador, I learned, had gone to the same college where I graduated, the University of Santo Tomas.  I managed to finally contact him through a mutual acquaintance. Despite his showbiz fame, he turned out to be warm and sincere, and sounded like a typical man on the street spouting homespun wisdom.

After that, I had the privilege of doing the “Dating Daan” spoof on several occasions with the master comedian himself.  The first time was during the UST AB alumni event and later, the fund-raising shows for cancer patients at RJ Bar.

Isko, the featured comedian in the call-a-joke service for Smart users (8970-170), was two years my junior at the UST Faculty of Arts and Letters, and so we share a common history. We’re both basketball fanatics, rooting for the same NBA Team, Miami Heat. We’re also avid followers of the local cage scene, from the MICAA days to the advent of the pro league.

We’ve become good friends since. And soon, radio colleagues. This time, we’re starring with another Thomasian, Jojo Alejar, in a weekly program over 990AM.

The three of us are also behind the Life [email protected] Cagefest, the basketball league for fun, exercise and networking for people 40 years and above. Set to start at Living Food Phils Gym in Pasig in September, the two-division (40 and up; 50 and above) sporting event will have side events such as the father and son 3-point shootout,  and the father and daughter free throw shooting contest to make it a real family affair.  (For details, please call 894-3576, 759-5550 or 0918-9217160).

Out of this world is how I’d describe Isko Salvador. As his comic persona, Brod Pete, would conjugate, I’ve “had have has have” a memorable alien experience with him.